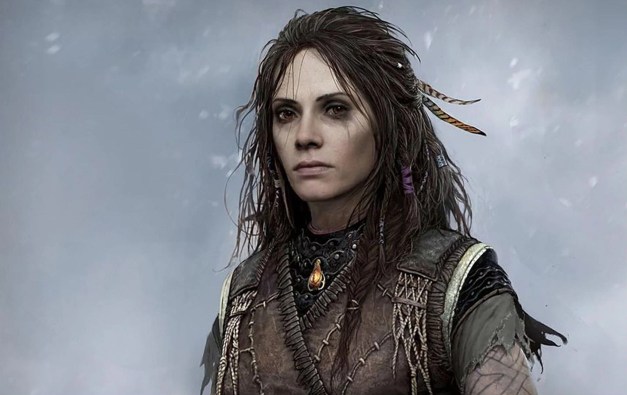 This article contains spoilers for God of War Ragnarok in its discussion of how the game’s many women significantly contribute to its story and themes.

It doesn’t take a degree in screenwriting or literary analysis to get that God of War Ragnarok has a lot to say about family. The series’s origins featured its own fair share of familial murder, and countless analysis, articles, and YouTube thinkpieces have covered the topic of the reboot and how Ragnarok recontextualizes God of War’s violently brutal look at father-son dynamics. But where God of War Ragnarok separates itself from Kratos’ other adventures is its ability to actually give its women characters valuable arcs and roles in the game’s themes.

Maybe I’m over-comparing the story’s improvements to the series’s history of rampant sexism and objectification of women, but God of War Ragnarok boasts so many characters with nuanced and intimate family examinations and arcs who are also women. And frankly these characters aren’t being celebrated enough.

Freya is the ideal starting point for discussion. We first encounter Freya in Ragnarok in an opening chase sequence, where her fury over the loss of her son Baldur at the hands of Kratos has driven her to recklessly and viciously stalk Kratos and Atreus. But while other series entries would have doubled down on the repetition of vengeance, Ragnarok lets Freya actually develop into new directions.

Despite where she starts, Freya’s journey is much more about freeing herself from her own story and reconnecting with her former and found family than it is about revenge. In her first quest with Kratos, she reluctantly allies with him, promising to either forgive or kill him once she is freed from Odin’s former curse. But over the course of their first trek through Vanaheim, the two talk more about parenthood and her role in the downfall of her people than they do about their own beef. And once freed and confronted with a decision about how to feel about Kratos, she realizes her own decisions and family are to blame for her story. 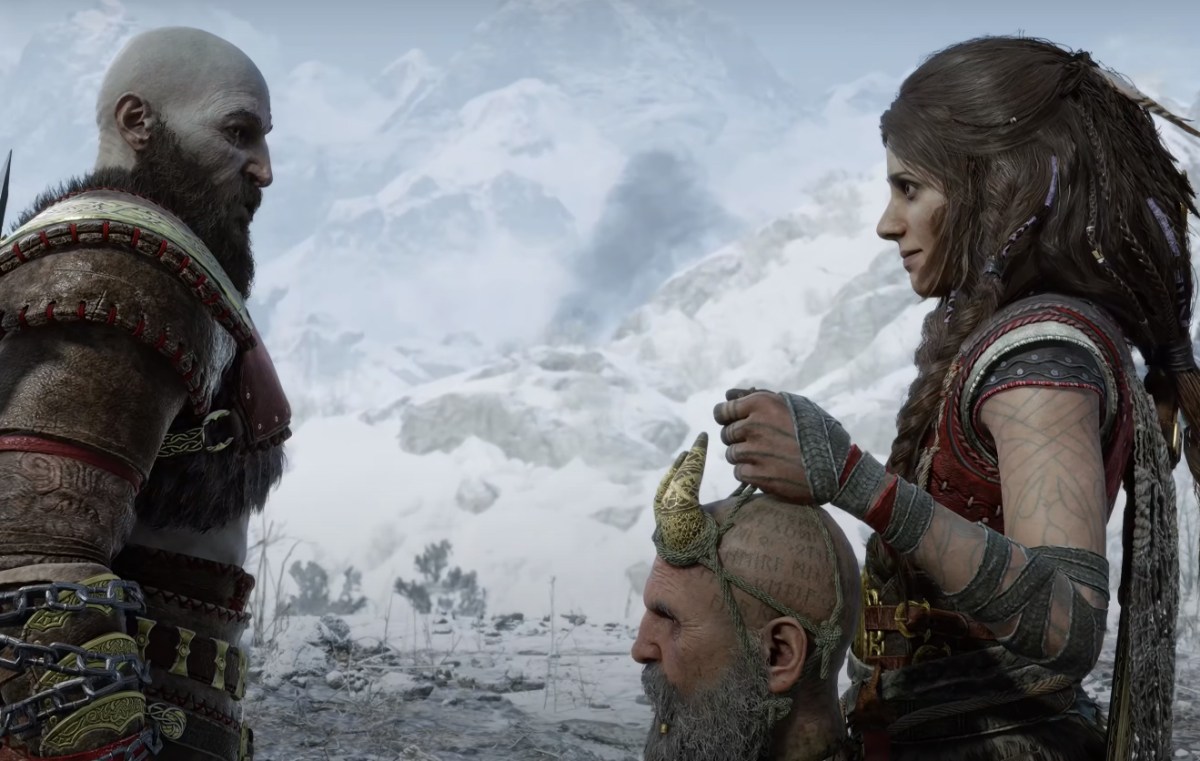 Similarly, Kratos’ apology for taking away her agency reminds her she has new friends who care about her and give her something worth fighting for. And while their relationship at first is more of a continued and cautious alliance to defeat Odin, this acts as the needed catalyst to shift her journey away from vengeance and toward restoring what she has lost. From reaching out to her brother Freyr or scolding Atreus for a dangerous mistake, to teasing Mimir about their shared history, Freya clearly begins to find her place back with those she has chosen to love as her found family.

In her most important sidequest, “Freya’s Missing Peace,” God of War Ragnarok further explores Freya’s own realization that she still has familial ties to Asgard, whether through her lost son or the sisterhood she found with the Valkyries. She actively chooses to take back her own legacy, literally through repossessing her sword and then metaphorically by choosing to further align with Kratos. And while Freya at moments offers Kratos desperate threats of the consequences for what she might do if Odin isn’t properly brought to justice, her decision to let her full anger go once Odin is captured is a beautiful way to end her arc.

Some argue Freya was denied the closure of dealing Odin’s final death blow, but granting that would betray her journey. Freya’s ability to move on offers true catharsis, as unlike with the grief dominating Sindri, Freya has finally taken back her story in full, free from Odin’s monstrous manipulation, and surrounded by her new found family.

While these two don’t receive as much screen time as Freya, Sif and Thrúd bring an equally interesting look at a family dynamic in God of War going right for a change. Both are in a position where Odin has yet to fully dismantle any hopes at a positive family future, and the dynamic offers not only a window into Odin’s manipulation of other characters, but a nuanced mother-child relationship of rebellion and redemption. Thrúd is a brave kid who’s determined to rise through the ranks to be a Valkyrie. And while confident, Thrúd is well aware of the commitment it will take not only to train for the position, but to do so in a way that Odin sees as worthy. Sif is a protective mother in a bad position trying to steer her daughter in the right direction, while still wanting to support her.

But while Thrúd’s push to succeed and Sif’s disapproval of said push drives a wedge between them, it’s their commitment to the same goal of helping others and their father / husband, Thor, that unites them against Odin in the end. It culminates in an emotional realization of each other’s dreams and newfound understanding that they both just are pushing for what they think will make the family stronger. Despite the surprisingly limited screen time Sif receives, it still feels earned and fulfilling.

While Angrboda’s arc centers more on her opinions about destiny, she still has her own familial nuances as she confronts her grandmother, Grýla. Despite Grýla’s addiction to animal souls and a verbally and physically brutal nature, Angrboda becomes somewhat of a survivor of familial abuse, finally able to confront her grandmother’s wrongdoings. And while we don’t see all of the ramifications of Angrboda’s decision to help Grýla break her addiction (quite literally in the destruction of her soul cauldron), by the end game Angrboda tells us that it was the necessary start towards mending their relationship.

The ways these character arcs significantly impact the story go on — in places like Faye’s meticulous planning for her husband and child, Sigrún’s sidequest about her role in the death of her family, or Lúnda’s role as the rock in her found family. While the early God of War series pushed out pathetic non-attempts at writing interesting women, Ragnarok finally delivers women who are integral to not only the story, but the game’s themes. Would it have been great to break the over-the-shoulder camera angle to get to spend even more time with these fantastic characters? Of course. But arguing, as some in the media have attempted, that these characters are underwritten or poorly written because of that artistic choice shows willful ignorance of just how far God of War has come.