GoldenEye reinvented the James Bond franchise by allowing its protagonist to remain constant in an ever-changing world.

When GoldenEye was released 25 years ago, it arrived with a lot of baggage. It was the first Bond film in six years. More than that, it was following the commercial disappointment of License to Kill. That previous film had tried to make the character “contemporary” again but was divisive. After that, the franchise was caught up in an extended legal battle that led to the longest delay between releases in the franchise’s history to that point — although No Time To Die may yet eclipse it.

GoldenEye was intended as a fresh start. Timothy Dalton had expressed an interest in returning to wrap up his tenure, but negotiations broke down when he refused to commit to more than one film. According to director Martin Campbell, the producers did not even screentest possible replacements before hiring Pierce Brosnan to wear the tuxedo. (To be fair, Brosnan had already done his own screentest back in 1986, when contractual obligations prevented him from accepting the role.)

A lot had changed in the six years between License to Kill and GoldenEye. The Berlin Wall had fallen. The Soviet Union had collapsed. The United States was the sole global superpower for this “unipolar moment.” With liberal democracy apparently standing unchallenged, Francis Fukuyama boldly declared “the end of history.” (In hindsight, maybe it was just paused.) How did Britain’s best superspy position himself in what George H.W. Bush called the “new world order”?

There is a tendency to overstate how reliant the Bond movies were on the Cold War. Russia was often positioned as a potential enemy rather than a material opponent. The adaptation of From Russia with Love swapped out the Soviet spy organization SMERSH for the international terrorist cabal SPECTRE. You Only Live Twice and The Spy Who Loved Me hinge on a third actor trying to turn the Cold War hot. Even in For Your Eyes Only or A View to a Kill, the Soviets are not primary antagonists. 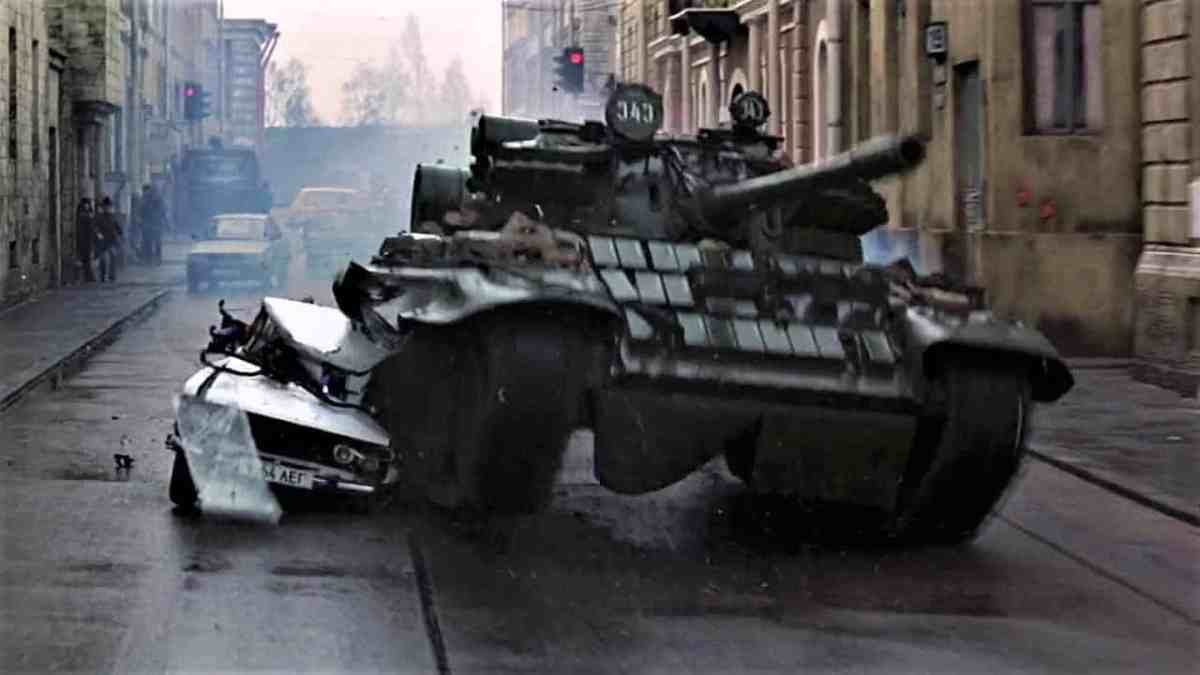 Still, Bond was very much reliant on that milieu. After all, the entire espionage genre had largely been shaped and defined by the proxy war playing out between East and West. Part of what makes GoldenEye so interesting is that, in the midst of this massive upheaval, it chose to position Bond himself as a constant. The brilliance of Pierce Brosnan’s take on James Bond is often undervalued and underappreciated, offering a snapshot of the spy who never quite came in from the cold.

This take on Bond exists largely as a reaction against Dalton’s interpretation, just as Daniel Craig’s characterization will itself largely exist in opposition to that of Brosnan. There was a sense that The Living Daylights and License to Kill had undercut Bond by allowing him to be more emotional and unreliable to reflect a changing world. GoldenEye almost seems to erase Dalton: It casts the actor originally intended to replace Moore and the prologue is set in 1986, the year Dalton took over.

Bond himself was characterized consistently with earlier interpretations. He is reintroduced in the present day, seducing a young woman (Serena Gordon) sent to evaluate him and hanging around a Monte Carlo casino in a nod to his earliest adventure. Brosnan argued, “Bond’s a sexist. He’s a killer. If you take that away from him, you take the rug out from under the guy’s feet.” The posters for GoldenEye promised vintage Bond, assuring audiences, “There is no substitute.”

However, the genius of GoldenEye lies in how its portrayal of a static James Bond is juxtaposed with the changing world around him. This is true even of the film’s production. Up until GoldenEye, key production positions tended to remain static. John Glen had directed five consecutive Bond films including License to Kill, and he worked as second unit director on three others. Richard Maibaum wrote or co-wrote all but three of the 16 films to that point. Both were gone. 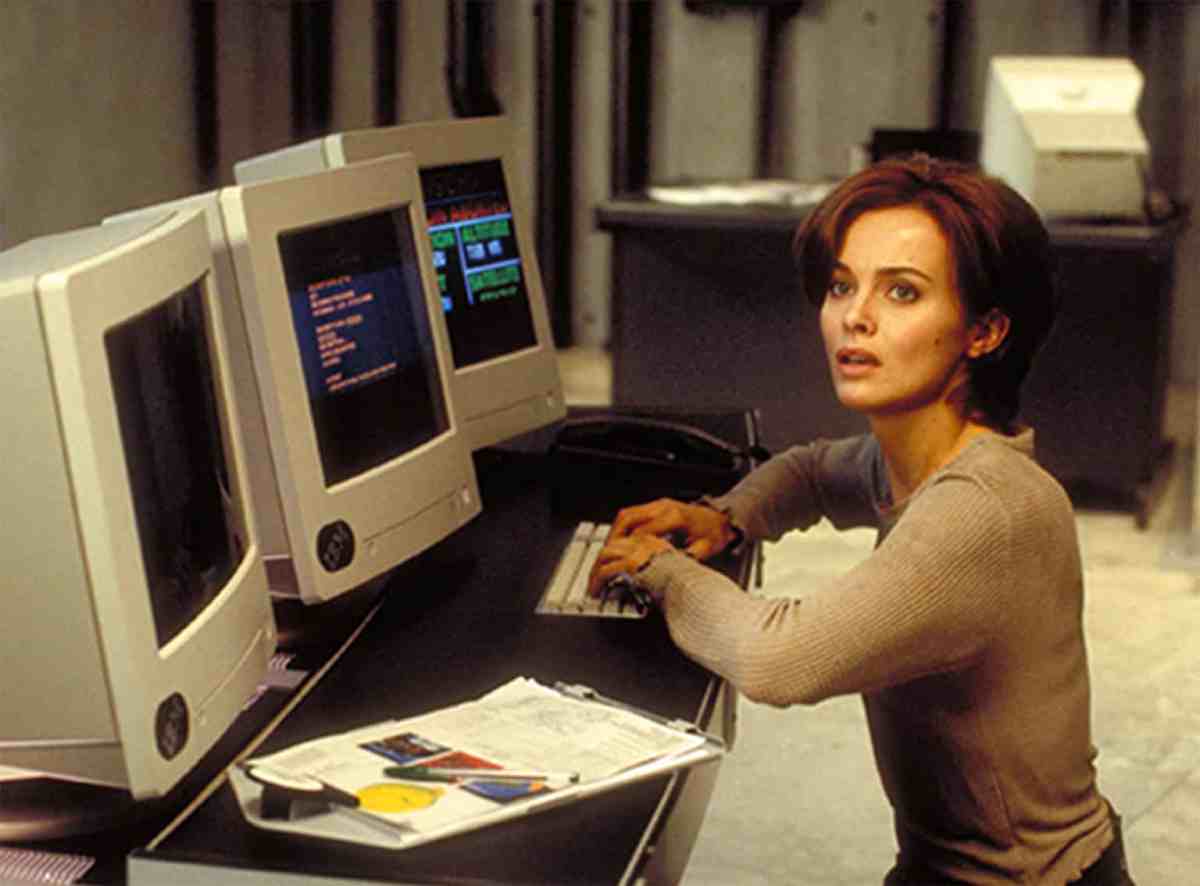 Director Martin Campbell was at that point best known for directing the gritty and apocalyptic BBC miniseries Edge of Darkness. Working with cinematographer Phil Méheux, Campbell grounds the movie with atmospheric lighting-enhancing sets constructed in shades of brown and gray. Critic Todd McCarthy noted that the franchise pushed everything “a bit further” in GoldenEye. The film is notable for containing the “first actual sex scene shown in an official Bond film.”

The result is a Bond movie that feels distinct. Some of these differences were controversial. The producers hired Luc Besson’s composer Éric Serra after temping some of the movie with the soundtracks from La Femme Nikita and The Professional. When Serra turned in a minimalist, atmospheric, and largely non-orchestral score, the producers reportedly panicked, “This is not James Bond! This is a different film!” John Altman was hired to re-score the tank chase at the last minute.

The reason that GoldenEye works is because it occasionally feels like a different film. Bond should feel like a stranger in a strange land, having just skipped six tumultuous years. He should feel like a character who doesn’t comfortably fit within the new world. Appropriately, this is a large part of the charm of Tomorrow Never Dies. If GoldenEye proves that Bond can work in a bold new world, then Tomorrow Never Dies reconstructs a more traditional Bond movie around him.

GoldenEye underscores this by emphasizing how the characters around Bond have changed, even as he remains static. This is perhaps most obvious with the film’s villain, Alec Trevelyan. The producers originally wanted to cast Trevelyan with an older actor like Anthony Hopkins or Alan Rickman but eventually settled on Sean Bean. This is a clever choice because it reframes Trevelyan. Barring exceptions like A View to a Kill, the archetypal Bond villain is older. Trevelyan is instead a mirror. 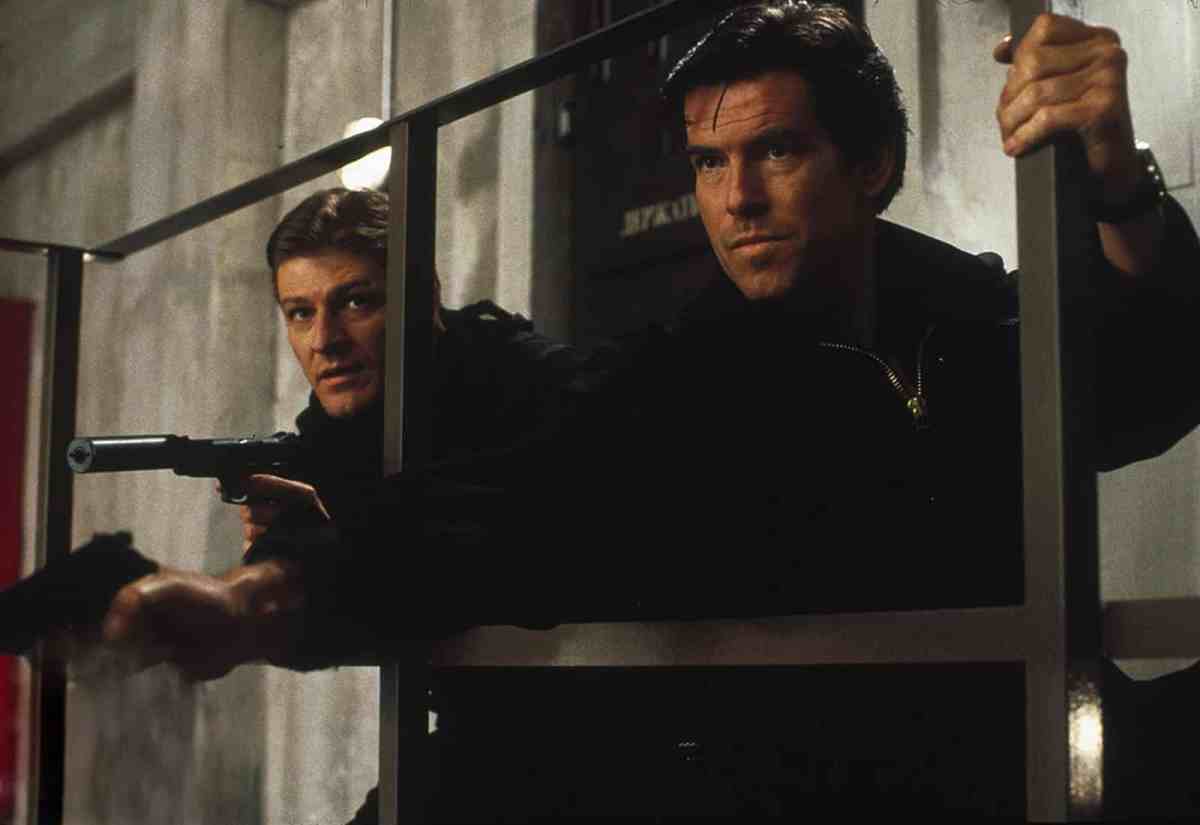 As with other old spies like Jack Wade (Joe Don Baker) or Valentin Zukovsky (Robbie Coltrane), Trevelyan has largely given up on the fantasy of state service. He doesn’t even want to rule or destroy the world. He just wants to burn London and engage in what Bond dismisses as “petty theft.” Like A View to a Kill’s Max Zorin (Christopher Walken), Trevelyan is a post-ideological opponent. He’s a warning of what Bond might be, if Bond weren’t so steadfast and committed.

However, it is Xenia Onatopp (Famke Janssen) who is most striking. She is introduced as a counterpart to Bond during a flirtatious chase in Monte Carlo between what stunt car coordinator Rémy Julienne described as “a perfectly shaped, old and vulnerable vehicle and a race car.” Xenia is even properly introduced in a sequence that consciously mirrors the introduction of Bond in Dr. No, as an alluring stranger playing baccarat and puffing on a cigarette in an upmarket casino.

Xenia’s obsession with sex and violence makes her a bold counterpart for Bond, an illustration of how much times have changed. Much as Trevelyan mirrors Zorin as a post-ideological threat, there are shades of Mayday (Grace Jones) to Xenia — a villainous and sexually dominant foil to Bond. Of course, A View to a Kill has to end with Mayday redeemed by Bond. In contrast, Xenia is allowed to simply indulge in the same “foreplay” that Bond has taken for granted since Sean Connery. 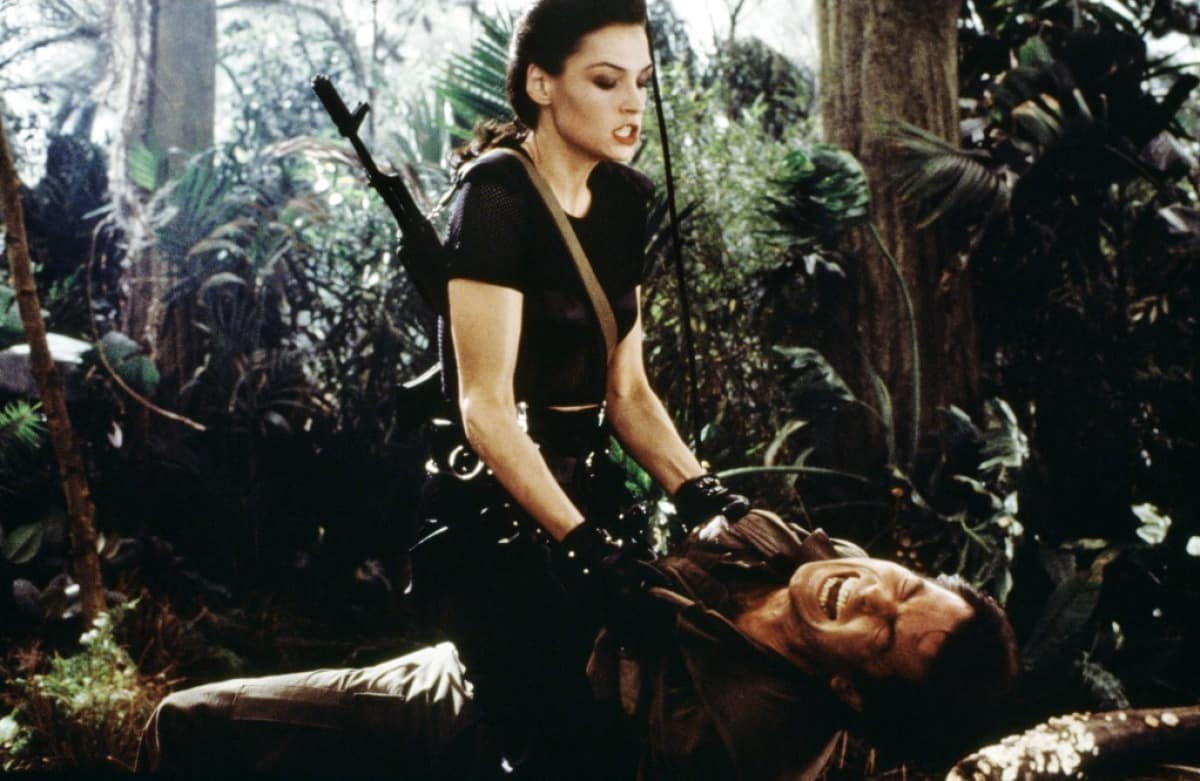 What’s particularly interesting about GoldenEye is the way in which the film leans into this tension. Repeatedly over the course of the film, Bond rejects and mocks any attempt at introspection. “Here we are having a pleasant drive in the country and you’ve got to bring psychology into it,” he complains to the evaluator during his first scene in the present day. When Xenia taunts him to “enjoy it while it lasts,” he replies, “The very words I live by.”

However, GoldenEye’s characters consistently puncture Bond’s attempts to dismiss their psychoanalysis. In one of the film’s most oft-quoted lines, M (Judi Dench) calls Bond out as a “sexist, misogynist dinosaur.” At the climax, Trevelyan taunts Bond, “I might as well ask you if all the vodka martinis ever silence the screams of all the men you’ve killed? Or if you find forgiveness in the arms of all those willing women, for all the dead ones you failed to protect.”

GoldenEye understands that Bond’s status as a man out of time isolates him. In the prologue, Bond is confronted by what he suspects might be a Russian guard. “I’m alone,” he asserts. Trevelyan steps out of the shadows and replies, “Aren’t we all?” Later, it is echoed when Bond tells Natalya that his coldness is “what keeps (him) alive.” Natalya retorts, “No. It’s what keeps you alone.” The audience knows enough to know the bitter sting: Natalya herself will be gone by the next film.

There’s something strangely poignant in the version of Bond presented in GoldenEye, a man out of time who refused to change even as the world around him had. It’s this tension that makes GoldenEye such a fantastic film, its willingness to let Bond be Bond in a world where he doesn’t necessarily fit any longer. There’s something reassuring in that stability — and perhaps something tragic too.