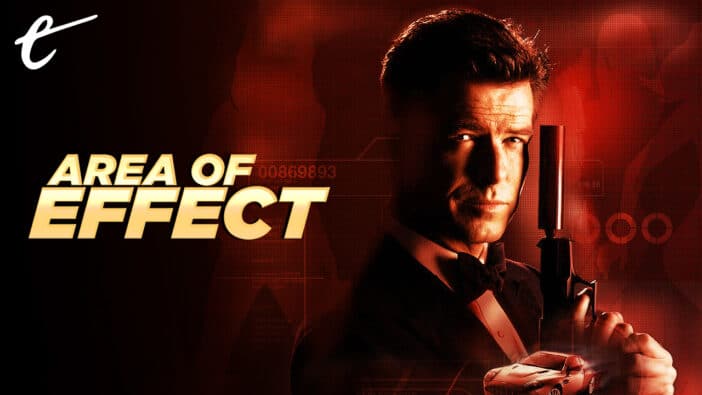 I’m glad GoldenEye 007 is coming back, even if it’s not the all-but-complete unreleased remaster from 2008 that leaked earlier this year. Not just because it’s a great Bond game, but its return gives me hope that another Bond game will have the chance to live again. GoldenEye 007 is the undisputed darling of Bond games, based on the 1995 Pierce Brosnan movie. But 2002’s James Bond 007: Nightfire is every bit as deserving of a revival. The EA game made it (albeit poorly) onto Xbox 360’s backwards-compatibility roster way back when, but when Xbox One’s backwards-compatibility program kicked into gear, it didn’t get so much as a look in.

It’s a crying shame, because the PlayStation 2, GameCube, and Xbox versions nail nearly everything that makes a good Bond game. I say “nearly” because, while your character has Pierce Brosnan’s face, that’s definitely not his voice. But otherwise, the home console versions of Nightfire are just fantastic.

Given that Nightfire doesn’t have a movie to crib from, writers Paul De Meo and Danny Bilson had to craft their own story. I’m not going to veer into spoiler territory, but it just manages to avoid feeling like a “best of” Bond. But when you’re trying to drive over solid ice, break into an office building, or infiltrate a party, you’ll be too on edge to pore over the plot anyway.

It’s pre-Casino Royale Bond, so silly gadgets and so forth are very much in evidence. I’ll concede that, if you’ve only ever known Daniel Craig’s Bond, you might end up scratching your head. Does it make sense Bond can pull a wire out of his phone and use it to grapple to another ledge? No, but you’ll never get tired of using it. 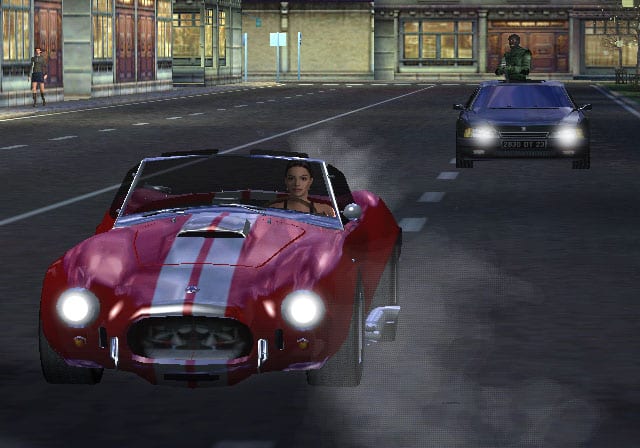 Nightfire’s single-player nails the sheer joy of being James Bond — the weapons, the wisecracks, the sneaking about, and the over-the-top action scenes. Midway through the first level, Nightfire turns into a rail-shooter as you man a snowmobile-mounted machine gun, and that’s just a taste of things to come.

But like with GoldenEye 007, the multiplayer is where Nightfire dials things up to 11. It takes the former’s trick of mining old Bond movies and, aside from including Jaws, Renard, and other foes, bases some of its levels around previous adventures. Just roaming around Fort Knox had me grinning; yes, I was gunned down for gawping, but I regret nothing.

In fact, every other match I played back in the day — bot matches aside — had someone laughing their face off. All the weapons you get your hands on in single-player are available in multiplayer, even the ridiculous ones. My personal favorite was and still is the rocket launcher that lets you guide the projectile to its target while they frantically flee or, best-case scenario, are utterly oblivious.

The levels themselves range from the open, sniper-friendly Skyrail, with its perpetually mobile cable cars, to the tighter corridors and domes of Atlantis. There’s no TimeSplitters-style level editor, but Nightfire’s console incarnation gives you the next best thing, the ability to tweak a whole range of level and character parameters. 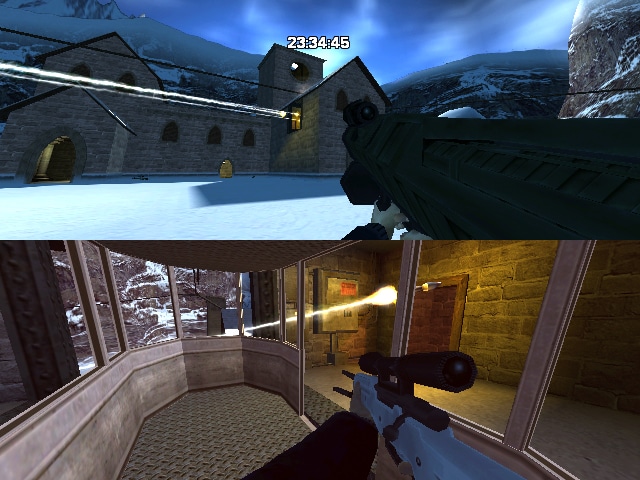 The results can be an awful lot of fun, whether you’re playing Team Deathmatch, Capture the Flag, or any other mode. Enable grappling hooks and you’ll have players fleeing each other; couple this with giving everyone explosive weapons and you’ve got a match where no one dares to stand still. Or you can enable gun-emplacements, micro-vehicles…  the list goes on.

The icing on the cake is that all this multiplayer mayhem is backed by a Bond-appropriate soundtrack. So if the prospect of raining fire on someone from a cable car or chasing them around with a remote-controlled missile isn’t enough to get your adrenaline pumping, the intense score should do the job.

The snag is that, emulation aside, you’ve got to dig out an Xbox, GameCube, or PlayStation 2 to fully experience Nightfire (GBA version aside). There have been efforts to bring its multiplayer to the Source engine, but they’re still ongoing. And as for the PC version of Nightfire? It was handled separately by Gearbox, so there are some significant differences (insert your own Aliens: Colonial Marines joke here).

So with GoldenEye 007 being introduced to a whole new audience via Xbox One and Series X |S  and Nintendo Switch, it’s about time that James Bond 007: Nightfire gets pulled out of retirement — just as long as EA doesn’t get any ideas about shoving Scaramanga and friends into loot boxes.