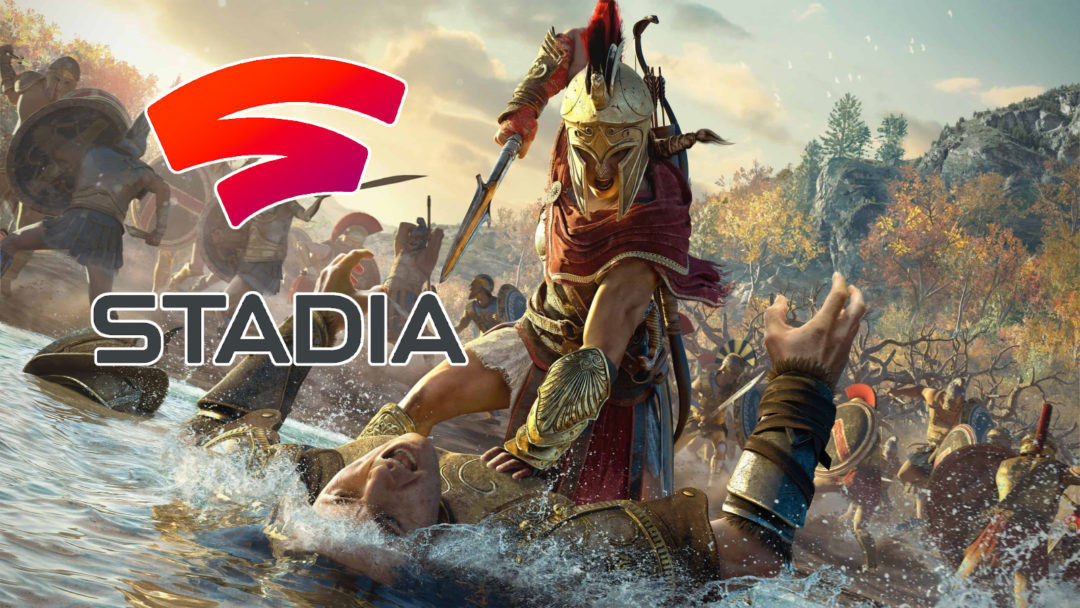 Three months ago I looked at Stadia, Google’s upcoming streaming platform. At the time I was pretty skeptical that it was going to work. OnLive offered a similar service back in 2010, and it closed down after just four years. Despite this, I was hesitant to predict failure for Stadia. Digital infrastructure has come a long way in the last six years, and Google is a powerful company with a lot of impressive technology. I thought it was possible that Google might succeed where OnLive had failed. But this week I read their pricing plan, and I feel a lot more comfortable saying that this whole thing seems like a bad idea.

My newfound pessimism comes from this Eurogamer article. Stadia chief Phil Harrison sat down with the press and outlined the planned pricing model for Stadia. The plan doesn’t make any sense, and it drives home the point that nobody at Google seems to understand the economics of this hobby. When asked if games would be cheaper on Stadia, Harrison replied, “I don’t know why it would be cheaper.”

I’m a little freaked out that a Google executive needs a lesson in basic economics.

Secondly, there’s the increased risk. The consumer is purchasing a game that is attached to a specific streaming platform. If the platform closes down, their library of games vanishes. That’s been the case for PC gamers on Steam and GoG for years now, but those platforms are based on proven technology. The consumer can have a reasonable expectation that Steam will still be around in five years, but with Stadia this is not a sure bet. Cloud gaming has already failed once, and there are harsh economic realities that make it harder to support. Even if the platform itself remains, the nature of cloud gaming means the user can be cut off from their library.

What if my job has me move out of southern California and out to, say, Montana where internet coverage is spotty, slow, and expensive? If the aging internet service adds just a little lag, it can push the latency into unplayability and suddenly I’ll be cut off from all the games I purchased. The nature of cloud gaming means we have additional risk at both ends of the connection. Like any other transaction, increasing risk will inevitably lower the value of the product in question.

Third, the service requires a monthly fee. Steam and GoG accounts are free, but at launch Stadia will have a $10 monthly fee. There’s a free version of the service coming in 2020, but that service is capped at 1080p and we don’t have any way to know if the streaming quality will be acceptable. Google is asking the user to pay a full $60 for a game that will require additional monthly fees forever, or it will possibly have degraded visuals. Once again, that additional expense and risk mean the Stadia version of a game is worth less than the same game on any other platform.

Finally, there are inherent drawbacks to cloud gaming. I already talked about the latency issues in my last column on this topic, and those problems aren’t going to go away. On top of that, cloud gaming cuts you off from mods. It also eats tons of bandwidth, which is a problem for those of us on metered connections. If streaming a game for long periods of time is going to result in additional overage charges, then I need to take that cost into account when buying a game. Again, Stadia seems to be selling a more limited product that will cost the consumer additional money to access. From the consumer’s point of view, it’s a game that offers less and costs more.

The only way to balance this out is to assume that the freedom to play on any screen is going to make up for all of the other expenses and limitations. This is supposed to be the big selling point of Stadia. Google is apparently so confident in this feature that they think it will negate all of the drawbacks of cloud gaming.

The idea is that you can seamlessly jump from your television to your tablet, to your mobile phone, to your non-gaming laptop, and be able to play the latest AAA games on any of them. You can change platforms seamlessly without needing to close and relaunch the game. It’s a neat trick, but the longer I look at it the more I wonder: Is this really a feature people need?

I’ll admit I’m not the best person to judge. I’m a techno-hermit that never leaves the house, so I need cloud gaming about as much as Stevie Wonder needs an Oculus Rift. Up until now I’ve been assuming that this feature is just aimed at someone else, but I can’t figure out who that someone else is supposed to be.

The “play anywhere” feature is perhaps a bit misleading. You can’t actually play anywhere. You can only play in a location where you have steady access to high-bandwidth, low-latency internet. This rules out mobile phone connections and public Wi-Fi.

You aren’t going to be playing Destiny 2 while riding the bus, and you’re not going to be slaughtering demons in Doom Eternal while sitting in the waiting room at the dentist. You won’t have the proper connection to play those kinds of games, and those 15-minute blocks of time aren’t well suited to AAA gaming anyway. There’s a reason most mobile games are built around five-minute play sessions.

You’re only going to have proper access to Stadia when you’re at home or work, or in some other private setting where you have access to high-grade internet. Aside from their own home, where else is the consumer going to be using Stadia? Work? Not many workplaces allow for that. School? Same deal. When visiting a friend? That works, assuming your friend invited you over so you can play single-player games on your own hardware. I won’t claim that never happens, but it doesn’t sound like a typical use case.

The Stadia Founder’s Edition package (which is the only way to access Stadia until the free version releases) costs $130, and the service itself will be $10 per month. Games are full price, the service requires a top-tier internet connection, and the consumer may incur additional overage charges from their internet provider.

My PlayStation 4 is five years old, and it was $400. Five years of Stadia will set you back $700, at bare minimum. (That’s the cost of the Founder’s Edition — which comes with three free months of premium access — and the monthly fee over the next 57 months.)

Stadia is for casual gamers who are into hardcore titles and poor people with lots of disposable income. This is a service for nobody, and it makes no sense.