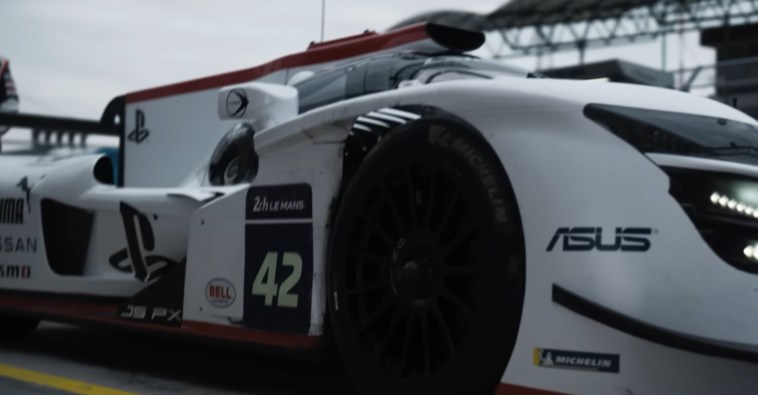 Is there an inverse to the uncanny valley? A point at which computer graphics get so good that they make reality start to look weird? Whatever that is, it’s happening in our first look “sneak peek” at the Gran Turismo movie, which is based on the well-known hyper-realistic Sony racing game of the same name. The Gran Turismo teaser, which features clips from the movie and the movie’s stars saying pre-written praise about the movie, is full of fast cars and… fast cars.

What exactly is the plot of a movie based on a game that is solely about making pretty cars go vroom? Well, it’s actually based on a true story that involved Gran Turismo the game. The film tells the story of Gran Turismo player Jann Mardenborough (Archie Madekwe), who through a competition put on by Nissan won the right to actually race for it in reality. Yes, that’s right, mom and dad, you can actually transfer your video game dreams into reality. Starring David Harbour and Orlando Bloom, the film will chronicle his journey from guy playing a racing game to guy actually racing — and also feature drama and a love story.

However, that’s not really shown off at all in the first-look Gran Turismo video teaser, aside from the movie actors telling us about it. We do get to see two people looking at a phone in the video’s thumbnail though, which might be the oddest trailer thumbnail I’ve ever seen. Is it a Sony phone and Bloom’s watch is a Sony watch and just product placement? Why would you use that image as the first thing people see about your race car movie with race cars in it? The car in the background isn’t even a race car, as the lights on top make it appear to be a pace car.

Gran Turismo also stars Darren Barnet, Geri Halliwell Horner, and Djimon Hounsou and is directed by Neill Blomkamp. The hyper-realistic (because they are real) cars of the Gran Turismo movie will be on the big screen on August 11.