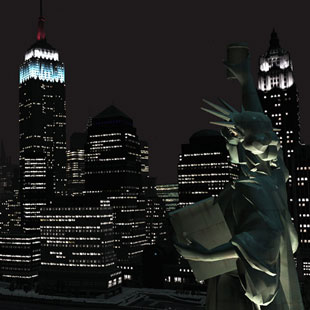 If you’ve been looking forward to the mod that will bring GTA 4‘s Liberty City into GTA 5, there’s some bad news: it’s been closed down.

There’s been plenty of drama in the Grand Theft Auto modding community of late, what with the shutdown (and eventual return of) modding tool OpenIV. But that wasn’t the only project affected. The same modders that created OpenIV were also working on a little project called “Liberty City in GTA V” that would have imported Liberty City from GTA 4 into Rockstar’s newest open-world game.

Unfortunately, that project has now been shut down. The news comes in a post on GTAForums.com. Project head GooD-NTS wrote,

“Unfortunately, our highly anticipated mod “Liberty City in GTA V” will not be released because it clearly contradicts with Rockstar modding policy. Liberty City mod is a big loss for us, since it was a huge part of our motivation to push OpenIV functionality.”

The modder then says that the team is “currently revising our plans for the future,” so it’s unclear just what might be next for the talented group.

If you’d like to see the policy that is referenced in the post, you can find it here. The relevant bit is where the policy forbids “importation of other IP (including Rockstar IP) in the project.”

Darkest Dungeon: The Crimson Court Gets a Patch and a PSN Release Date

There Are Two Secret Levels In Crash Bandicoot 3, Here’s How To Find Them