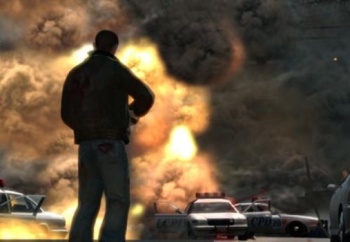 Turning games into movies seems to be all the rage right now, so will Rockstar be joining the party? Not a chance.

As every gamer knows, video game movies are almost universally bad; Silent Hill sucked, Resident Evil was terrible and Uwe Boll’s films? We do not speak of such things.

It’s a nice change then, to see a publisher not tripping over themselves to get some franchise or other up on the big screen. Speaking to the LA Times, Rockstar’s Dan Houser said:

“We don’t believe that the Grand Theft Auto games, which are massive in scope and structurally complex, can be adequately compressed into a two-hour movie … If we ever decide to do a film, it will be because we have resolved our creative doubts, and while retaining enough control to ensure that if the movie is terrible, at least we will know we ruined the property ourselves.”

Houser isn’t ruling it out, but it’s clear that Rockstar aren’t going to let GTA be the next Super Mario Bros. Although, Bob Hoskins as Nico … that could work.