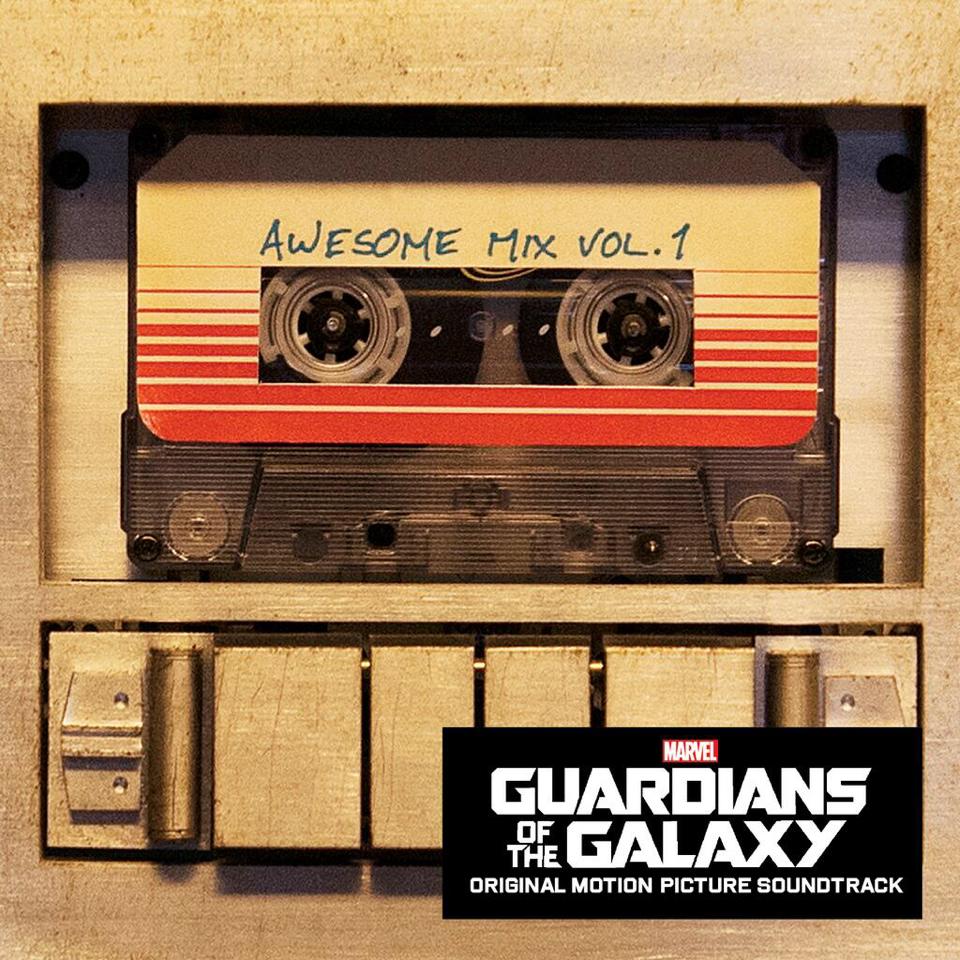 Keeping the hype machine rolling for Marvel’s upcoming Guardians of the Galaxy flick, writer/director James Gunn gave fans a little peek at the songs included on the movie’s uniquely retro soundtrack. Posting on Facebook Tuesday, Gunn first released the image (shown) that will grace the cover of the official soundtrack before later announcing the official track list.

Fans that have watched the Guardians of the Galaxy trailers already know that one of Peter Quill’s (Chris Pratt) most cherished items is his old school Sony Walkman and a mix tape of songs he made before being taken into space as a child. According to Gunn, the track list for the soundtrack includes:

When asked about the songs included in the movie and the soundtrack, Gunn stated, “Marvel was kind enough to shell out for every single song I requested.” Also, he let fans know that the songs which made it onto the soundtrack aren’t all the songs he used during filming, writing:

“NOTE this is not the entirety of the Mixed Tape that Peter Quill listens to, the one that I gave to Chris Pratt that he listened to endlessly before the movie started. That is a longer list, that includes these songs, among others. I’ll release that full list closer to the release of them film.”

Guardians of the Galaxy hits theaters nationwide on Friday, August 1st. The official soundtrack is scheduled to release earlier that week on Tuesday, July 29th.