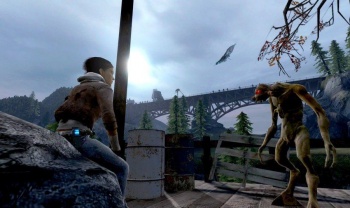 In five years, if you ask gamers what made this generation of consoles stand out, you’ll probably get an answer like, “High-def gaming, duh.” But there’s a less obvious, smarter answer: downloadable content. Indeed, the growth of broadband around the world has made it possible for studios to release a wide array of patches, extras, expansions and other downloadable content for their games months after shipping. True, PC gamers have had access to this kind of content long before this generation. But for console gamers at least, the Xbox360/PlayStation/Wii generation has signaled the advent of downloadable content.

It’s almost become standard practice for developers to release some kind of DLC for their games, whether it’s a multiplayer or single-player title. Typically, we see new maps, levels, weapons, outfits and other extras, but more and more, we’re seeing larger-scale add-ons, such as episodic content or expansions for single-player games. On paper, these things sound lovely, but there’s just one problem: Single-player DLC doesn’t work so well.

Part of the videogame experience is becoming absorbed in a virtual world. With single-player games, you often become “hooked,” and thus find yourself propelled through hours and hours of gameplay. When it comes to episodic DLC, new extended single-player content is often not available for months, and over that time, you lose that inertia from when you played the original game. It can be hard to get back into a game that you haven’t played for months.

This is especially true of games like Grand Theft Auto IV, which are story-driven. Problem is if a game effectively wraps up its story, any episodic DLC for it will have to expand on a story that has effectively been told and ended. How do you do that? You either reopen the story where it left off, or you invent a new story based around a new or supporting character in the game world. Neither of these approaches work well with the storytelling process, though. When a story is written, it has a beginning and an end. Unless the writers plan ahead, any storyline extension will feel unnatura; and forced. On occasion, there will be a brilliant storyline that can be expanded upon — either in sequel or prequel form. But in order to pull this off, you have to have a story that’s worth telling and you have to have enough time to tell it. Episodic DLC is often limited to an extra couple hours of gameplay, which just isn’t enough time to do that.

That’s because games take a long time to develop. When Valve set out to release episodic content for Half-Life 2, gamers were excited about the idea of not having to wait several years for more Half-Life. Oops. Turns out, we’ve had to wait an average of two years in between each Half-Life 2 episode. There’s really no way around this, though. Games are not like TV shows, which are usually completely filmed before their seasons begin airing. TV studios simply chop their 12 or so hours of finished content into 12 or so different episodes. There’s little production handled after the season begins airing. Now, game publishers could deliver episodic gaming if they followed such a model — that is releasing their game in staggered portions. But I don’t think many would like that. At least I wouldn’t.

So, instead, developers must work on episodic DLC after a game has released, rushing to have it ready in a reasonable amount of time. Short deadlines and videogame development don’t mix particularly well, though. When a developer must come up with episodic DLC in, say, 6 to 12 months, the game will automatically be on the shorter side. But again, games aren’t like TV shows. When you play a good game, you become engaged in it, and you have certain expectations as far as progression and length goes. Because videogames require more time to play and are a naturally longer entertainment format, it’s nearly impossible to deliver a good story or an experience that you can really become immersed in in just a couple of hours.

The Half-Life 2 episodes might be an exception to the rule, but, really, they’re more like full games than they are episodic content at this point — with the development time and price tag to match. 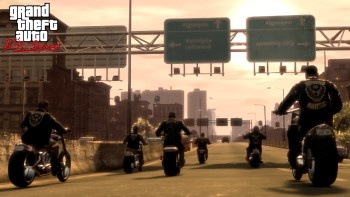 Two recent examples of episodic DLC are Fallout 3: Operation Anchorage and Grand Theft Auto IV: The Lost and Damned. With both of these, you can see the problems that are inherent with the single-player DLC model. Fallout 3 is 30-hour game that relies heavily on atmosphere and immersion, and Operation Anchorage delivers just an hour or two of gaming — not nearly enough to become absorbed in its game world. The Lost and Damned, meanwhile, is an example of forced story extension. GTA IV‘s story was interesting because of Niko Bellic. But Niko isn’t a part of The Lost and the Damned. Instead, we get a supporting character turned main star in a story that feels like it should have been told through a series of missions in GTA IV itself. The story and missions aren’t nearly interesting or different enough to pull me back into the sandbox. Maybe if The Lost and Damned released a month after GTA IV, I would have been sucked back in. But about a year later, it’s not as compelling.

Some developers, however, don’t feel there’s much of a problem with pulling players back in. One such person is Bethesda’s Todd Howard, who told me, “I agree to some extent, but that assumes the person is also not continuing to play the game during those in-between months. For us, at least, we’ve found that most people buying DLC have been playing the game continuously since the games are so huge.”

Howard has a point about single-player DLC working out well for gamers who are still playing the original game, but what if you finished the game 6 months to a year ago? Do you find yourself lured back into a game by the enticement of new content? My answer tends to be no. Out of curiosity, I might check it out, but such DLC just doesn’t grab me.

Of course, there are exceptions to my argument. Some games, like Mirror’s Edge, work well with downloadable content, but that’s because the game is set in a genre that meshes well with single-player DLC. Mirror’s Edge is an easy title to pick up and play. It doesn’t require a huge investment of time. and has a more competitive nature to it than most single-player titles, making the idea of having new levels to “master” more appealing.

But there is at least one other notable problem with single-player DLC. Developing any game, whether it’s a standalone title or a downloadable expansion, requires a lot of resources. When it comes to creating DLC, there are special challenges. “The main issue for us and this is always with the first DLC for a game, whether that’s Oblivion or Fallout 3, is just the system working well,” says Todd Howard. “You’d be surprised how many little things we need to handle since our DLC adds ‘into’ the existing game and handling all the different player characters and save games. So the first DLC is always the most basic, and then once we get our feet under us, we start getting more ambitious.”

As much as I enjoyed Fallout 3, I would rather Bethesda have spent the time starting its next game instead. And the same goes for The Lost and Damned and pretty much any other DLC that’s designed to extend the life of a single-player game.

True, it can be hard to let go of a really great single-player game. Thanks to the concept of DLC, it has become possible to extend the life of the games we love. But sometimes it’s better to let great things end on a high note, rather than trying to artificially extend their life.

Then we can get onto newer, greater games.

Phillip Levin is a freelance video game journalist who has been writing about the industry for seven years.