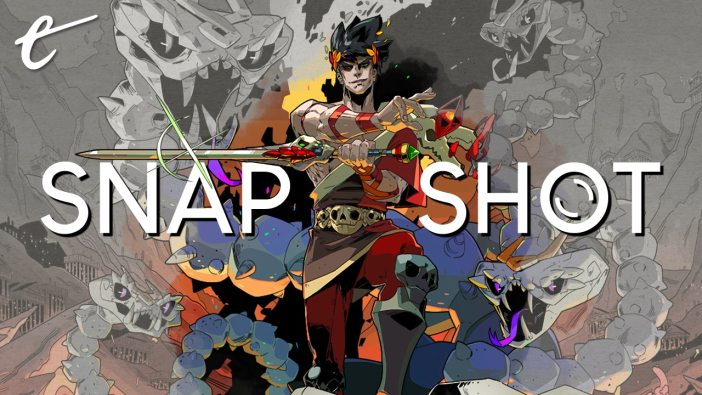 This article was originally published on Sept. 30, but it has been upgraded with a new Snapshot video!

Hades is an absolutely remarkable game that takes the commonly frustrating video game act of dying and somehow transforms it into an integral and enjoyable part of the experience. It builds upon everything developer Supergiant Games has done so far in Bastion, Transistor, and Pyre — intricate combat systems, amazing art and music, and a fantastic story. But its greatest success in my mind is how it takes the concept of death that is at the core of most roguelikes and expertly weaves it in with the actual story and flow of the gameplay.

You play as Zagreus, the immortal son of the titular god. Without delving into story spoilers, a set of fascinating reveals leads to your attempting to climb out of the underworld through a series of chambers filled with all manner of enemies hellbent on sending you back down to your humble House of Hades at the bottom.

Similar to other greats of the genre like Spelunky, each run in Hades is bite-sized. My successful trips through the game have taken 20-30 minutes, meaning that most of the time your unsuccessful adventures will be shorter than that. That’s great, because few games on Nintendo Switch have caused me the kind of physical hand cramps and blistered fingers that stem from a particularly tense run through Hades, and I mean that in a good way. The action and combat flow that Supergiant has created is incredibly intense and rightfully demands your absolute attention. 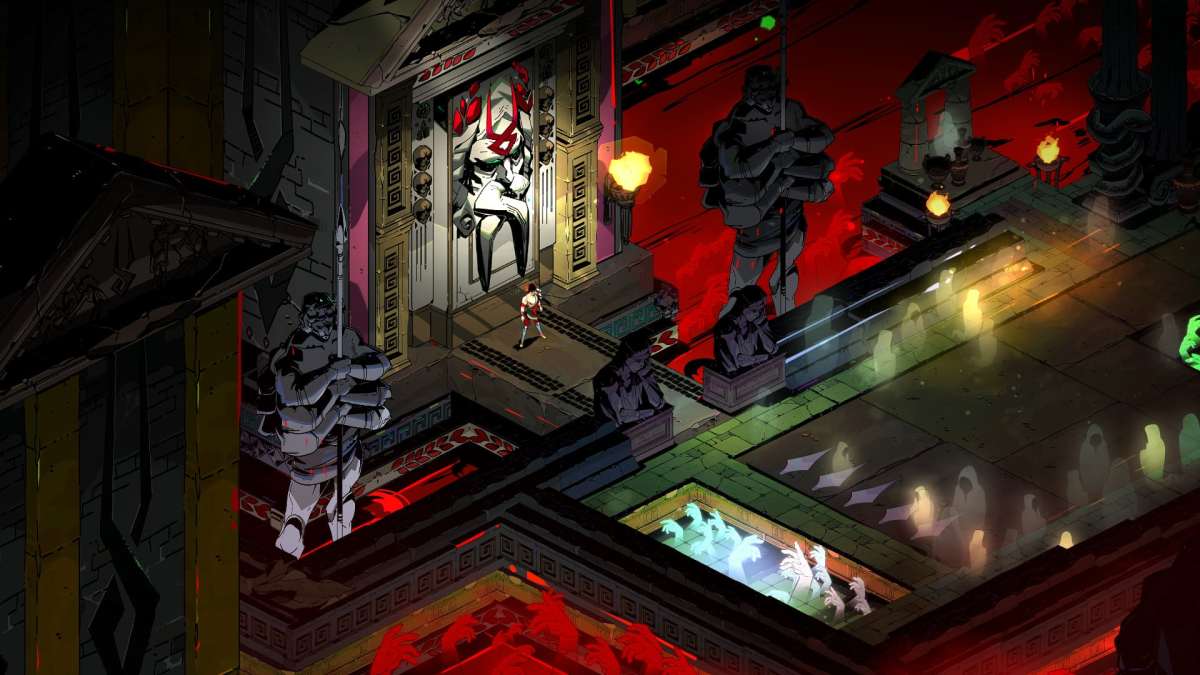 But what I love about the game’s flow is that after you meet your demise — and trust me, you will be dying a lot — you get a chance to catch your breath back home. Each failure is not only a learning experience on the thing that killed you (much like in Dark Souls or Spelunky), but it’s also a chance to slowly inch your meta-progress forward. Each death means getting a little bit stronger. Watching your character fall after a tough run is met with the same exhaustion you feel after a particularly grueling workout — it hurts now, but you know that the temporary pain transforms into sizable progress. Plus, half of the game’s enjoyment comes from checking in on everyone back home and slowly rebuilding your Underworld pad.

The characters you meet along the way are an absolute delight and provide great twists on many of the iconic figures of Greek mythology that we’ve learned about since our childhoods. Achilles is a battle-weary poet, ‘Dusa is an anxious Medusa with an obvious crush on Zag, and Cerberus is your trusty three-headed pup whom you can thankfully pet. Your bond with these denizens grows each time you arrive back home, their stories fleshing out the more you speak to them.

It’s also great that every run ends with an accumulation of enough currency to have choices in what to unlock and upgrade for the next run. Deciding on how to change up the aesthetics of your bedroom, which skills to upgrade, and which characters to give gifts to in order to strengthen your bond with them means that it always feels like you’re making some form of progress, even if you keep dying to stupid Asterius and stupid Theseus. 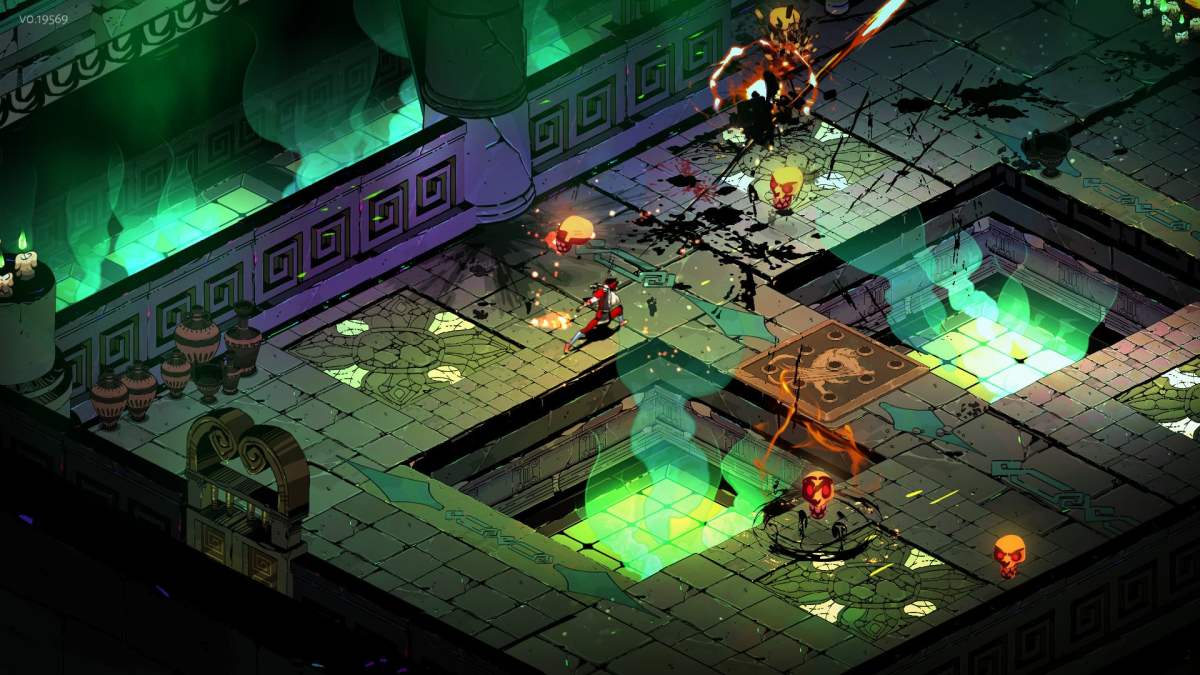 While games like Dark Souls can make certain boss runs feel like you’re running at a brick wall time and time again until you somehow manage to clumsily climb over, Hades subverts this feeling that by making no two runs feel alike. You’ll unlock your six weapons, dubbed the Infernal Arms, relatively quickly. And while you’re likely to gravitate towards one of their unique play styles, the game encourages you to experiment by randomly choosing one weapon each run to be buffed with an ability that gives you extra Darkness, which acts as a permanent currency that you can use to upgrade your character and his abilities between runs.

That tempted me to finally venture out from my comfort zone and try a run with the Adamant Rail, which is a cross between a rifle and a grenade launcher. When I first futzed around with it in the training grounds, I felt like I’d hate playing with it due to having to remain stationary while firing. That went against the play style I’d formed up until that point, which consisted of dashing across each map like wild. I would’ve never even tried it out on a run if it weren’t for the incentive of bonus Darkness.

And it didn’t take long into the run for me to realize how wrong I was about the Adamant Rail. After a few Boons from the Gods that made my bullets inflict Zeus’ chain lighting and my grenade deal extra damage at the cost of also being able to damage me, I made it further into my escape of the Underworld than I ever had before. From this moment on, each death gave me more of an incentive to kick the tires on every single weapon and ability combination I could find, which led me to learn just how deep and satisfying the game’s combat truly is. 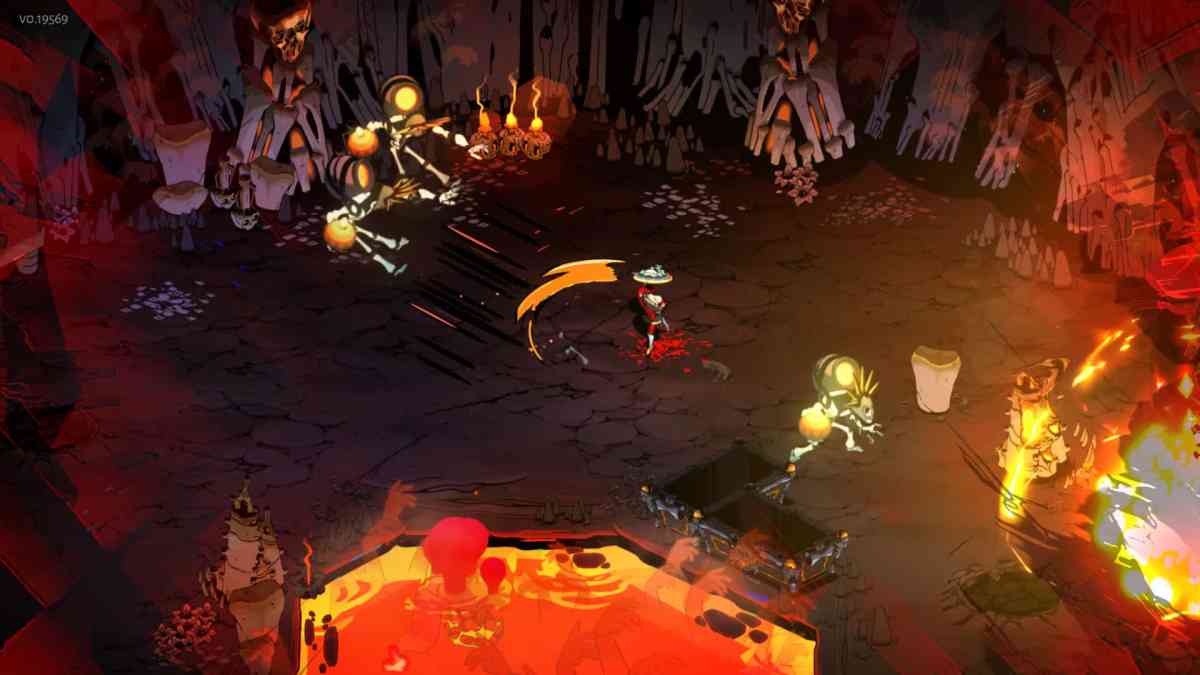 One of the smartest things about Hades is that every action in the game ultimately boils down to a choice. This isn’t new for Supergiant — I recently wrote about how Pyre did a similar thing with extraordinary results. But every system in Hades seems perfectly tuned in how they force you to make a decision.

Every upgrade, enhancement, and new path chosen comes at the cost of something else. Do you raise your overall health, or give yourself a small attack buff when you’re at full health? Should you begin each run with a good amount of coin in your pocket, or slowly gain a bit each time you complete a chamber? Should you focus on upgrading the abilities of a single god, or spread the wealth out across several Olympians? These are just a small handful of the countless decisions you’ll be making between and throughout each and every trip through Hades.

Even after a successful run, there’s still so much to see in Hades and so much to do before you ultimately unlock the true ending. And even then, the loop that Supergiant has created is so tense and satisfying that I keep finding myself jumping back in and tweaking difficulty modifiers in order to see just how long I can survive. And even when I ultimately fall at the hands of a particularly nasty boss, I greet death with a smile, because being back at the start of Hades’ fantastic loop just means that the possibilities before me are endless. 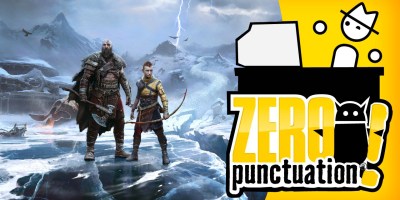