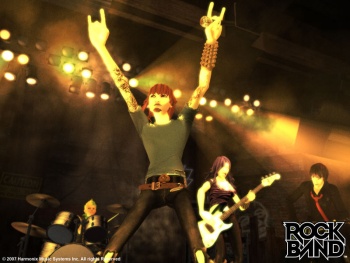 It is a question with far more inferred by the tone than the meanings of the words themselves can contain. It is not simply incredulity that seeps into the tone; there is the vague hint of genuine offense, the same kind you would expect had I just explained that I distill my own urine back into drinking water.

I feel like I should stress at this point that I do not do that.

I come from what I suspect may be the last generation to not accept the cultural mainstream of videogames. I share with many of my brethren in their late 30s a clear memory of a time when being a videogamer was as far from chic as paisley bowties and the comedy stylings of Emo Philips. And this muted but unmistakable derision is a sentiment that has certainly been tempered by the decades, but not one that has disappeared entirely, so that when I am exposed at a party as a rather dedicated gamer, no small contingent of those present are best described as aghast.

I fix my wife with an expression that is meant to say, “this is why I don’t like going to these sorts of gatherings.” But, instead of later telling her that we really need better part-time acquaintances, what I do is begin to really examine this gaming life I have chosen, because there is also a part of me that occasionally asks exactly the same question with exactly the same disgusted tone.

Gamer-shame is nothing new. In fact, I dare posit that much of the aggressive posturing that has come to define the hardcore gamer is a drastic overcompensation for gamer-shame, but I’d prefer not to derail my current point with armchair psychology. Still, the question has merit. Why do I play videogames? Is it such a simple question to answer?

For many, the comfortable knee-jerk response is satisfying enough. We game to have fun, of course. End of line. Anything more is just pointless pontificating. I don’t necessarily begrudge this perspective, but it seems conveniently simple, if not outright wrong. Do you really just play games to “have fun?” Were that the singular metric, I’d be playing a hell of a lot fewer games. If I’m honest, I’m probably only having something like genuine fun playing videogames a quarter of the time, if that much.

Frankly, I believe that anyone who claims to be having fun more than half the time hasn’t given the question much thought or is outright lying. 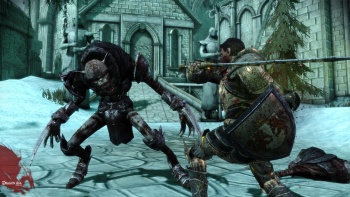 Videogaming is very often an exercise as much in frustration as in joy. As the drummer and part-time lead vocalist for underground Rock Band super-group Moon Juice B**tches, I certainly know frustration from fun. At its best, this hobby I’ve chosen is as rewarding as I can imagine any hobby being, but as I struggle through unforgiving dungeons in Dragon Age or grind heroic dailys in World of WarCraft, I can’t say that I’m exactly having fun.

Measuring my emotions at moments like those in WoW or Dragon Age, I come up with adjectives like determined, engaged, interested, stubborn, satisfied, intent and occasionally frustrated.

Fun is a word to me like innovation. It’s something we all seem to claim that we want and expect from gaming without really having a sense of what in particular it is. So that problematic voice in my head questions me again, why do I game?

Is there an addictive component at play? Has 30 years of inertia just made the decision to game the default? Am I pursuing that moment of genuine fun like a drug addict begging for one more hit? It would be easy to devolve into artificial and overwrought self-analysis at this point – really embrace the gamer-shame and describe an industry that has me helpless in its clutches? Which post-modern tarot card will I be: the addict, the victim, the self-absorbed?

The answer comes to me in a very simple way, and though it feels a little unsatisfying, it also feels right.
It is a decision made innumerable times over a handful of decades; a choice to invest myself and my identity into this. This is a part of the “me” that I’ve decided to construct. I am still a gamer because I choose to be one.

I realize that gaming is not always fun. It does not always cast me in the most impressive light. It is unlikely to win me accolades with a headstrong PTA crowd and will always make me look a little bit like a child. I’m banking on that being a good thing as I get older and find myself mired ever more often in the drudgery of being an adult. This is a way to stay grounded with the me that spent afternoons playing with Transformers in the back yard and rode his bike to school.

Fun? I’ll pursue it happily, of course, but expecting it to be omnipresent is a foolish and pointless notion. It’s not why I play – not in any general sense at least. I play these games because I have grown accustomed to and happy with the notion that videogamer is part of what I hope is a somewhat complex identity.

As an otherwise conformed adult living in the suburbs with a mortgage, a wife and two kids, it’s nice to have something in my life that the carbon copies at parties sneer at a little bit. It may not be as extreme as facial piercings or a job in the adult film industry, but it helps me distinguish myself from the generic world around me.

In truth, I am a gamer in part so that self-important windbags at boring parties can fix me with a condescending stare and ask me, “You still play videogames?”

Sean Sands is a husband,a father, a writer, a son, an employee, a consumer, a home owner and a gamer. These are just a few of the ways in which he can be neatly categorized.