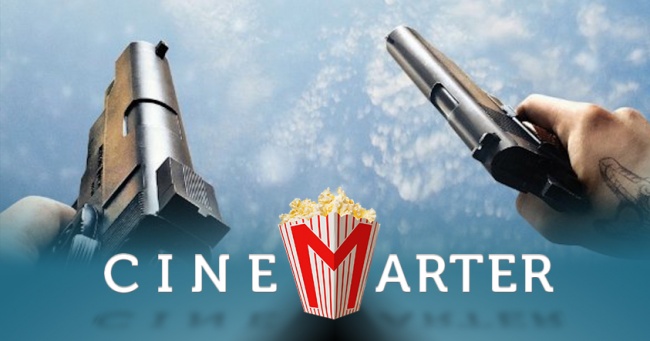 If one were to take a low-tier first-person shooter video game and transform it into a movie, the result would probably look like something very close to Hardcore Henry. Shot almost exclusively from a first-person perspective, featuring an amnesiac and silent protagonist, and even going so far as to include a health bar and a first aid kit, Hardcore Henry is the most “video game movie” we’ve ever seen. And that’s without technically being based on a pre-existing franchise, even though it will feel like it’s an amalgamation of several.

Our hero is “Henry,” credited to a few actors and stuntmen, not that you ever see much of him. He awakens on a table without a memory or a voice, is told by a woman, Estelle (Haley Bennett), that she’s his wife and she has frankensteined him back together after some sort of accident. He gets a couple of robotic limbs, but before he can be “completed,” the lab in which this is taking place is overrun by a villain, Akan (Danila Kozlovsky), who has telekinetic powers. Henry escapes and his wife is captured. Now, Henry is on a mission to find her. He’s aided by Jimmy (Sharlto Copley), who shows up in varying personas over the film’s duration, because even cloned NPC models are used in this movie. 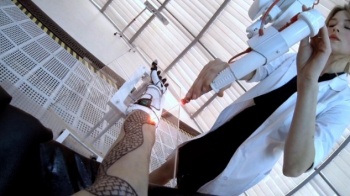 “Go here, kill this person, repeat.” That’s basically the entirety of what we get with Hardcore Henry. Critics – many of them older men and women who’ve never actually played video games and use comparisons between the two mediums derogatorily – often say mindless action movies are akin to watching someone play a video game, but in the case of Hardcore Henry, that’s exactly what it feels like. If you’ve ever gone over to a friend’s house to watch him play the latest Call of Duty or Battlefield for a couple of hours, then you know exactly what it’s like to watch Hardcore Henry – except those games have better plots, characters, and camera movements than this movie.

Let’s start with the plot. Henry takes orders from Jimmy without thought or argument, trusting him wholeheartedly almost the second they meet. Jimmy gives him directions to a place, tells him that there’s someone there who needs interrogating or killing, and then Henry does it. Sometimes we get a Mirror’s Edge parkour chase, other times it’s gunning through dozens of samey henchmen, and there are also a couple of vehicle segments. It feels, for most of Hardcore Henry, that the filmmakers are simply checking off boxes of things that they’d expect to find in an FPS game. There are a couple of plot twists, but they’ll only surprise you if you’ve never watched a movie or read a book before.

A movie shot from the first-person perspective might someday work, but today is not that day, and Hardcore Henry is not that success.

There’s nothing to the characters, either. Henry is as bland as can be, which works better in a game than in a movie. You put yourself in the role of the blank, silent protagonist in a game, since you’re literally controlling his or her actions. In the movie, Henry’s his own entity, and being a big nothing doesn’t do anything for us. The villain is evil for the sake of being evil, the wife is the damsel in distress, and Jimmy is the only one who winds up being even remotely interesting.

But, of course, what the film has going for it is its FPS gimmick. It’s true that almost the entire film has been shot from the first-person perspective, although it has so many edits that the illusion that you’re experiencing everything with Henry is broken before the action even begins. And, once the action does begin, the camera gets so shaky, and the cuts become more frequent, leading to a couple of things: (1) the inability to determine what’s going on at any given moment and (2) motion sickness, headaches, and the general feeling of being unwell.

Hardcore Henry is the first movie I’ve actually got a headache from watching, and that’s saying something since I saw As Above So Below on the big screen. It wasn’t a bad or a long-lasting headache, but I know some theaters have put up warning signs, and if you sit close, it’s going to be a tough watch. More of an issue, though, is just how choppy it all is, and how potentially fun action scenes are broken up into so many individual shots that have been cut together with such a rapidity so as to render them incomprehensible. If Hardcore Henry is the start of “first-person filmmaking,” then it’s not a good one. If the gimmick worked, it would distract us from how little the rest of the film had going for it. But it doesn’t, and Hardcore Henry falls apart as a result.

A movie shot from the first-person perspective might someday work, but today is not that day, and Hardcore Henry is not that success. Watching this movie is like watching a friend play a second-tier FPS video game. It lacks in plot and characters, and the execution of its gimmick – far too many cuts and nauseating cinematography – did not do it any favors. Some of the action is fine, but it mostly feels like it’s just checking off boxes it hopes gamers will recognize in hopes that they’ll like it simply because it acknowledged their medium.

Bottom Line: A gimmick that doesn’t pay off, Hardcore Henry is less enjoyable than watching your friend play a video game.

Recommendation: It might warrant an eventual VOD rental, just for the sake of curiosity, but seeing Hardcore Henry at the theater is a nauseating experience.