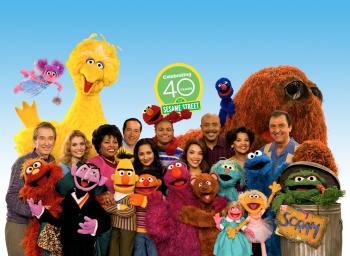 For the next five seasons, Elmo, Big Bird, and the Sesame Street gang will air on HBO before its home network PBS.

Game of Thrones, The Sopranos, Sesame Street, and Boardwalk Empire. At first glance, it seems like one of these things is not like the others, but they have something in common: Airing on HBO. The non-profit children’s television group Sesame Workshop recently formed a partnership with the premium cable channel, allowing the next five seasons of Sesame Street to first air on cable and HBO’s streaming outlets. Perhaps that “Game of Chairs” educational parody wasn’t as outrageous as we’d first thought.

Sure, at first glance this might sound like a strange partnership. Sesame Street is a long-running children’s television show which delivers educational content through beloved Muppets, while HBO has a reputation for packing nudity and adult content in its original programming. But all things considered, the deal is fantastic for Sesame Street, which historically received 10 percent of funding through its home network PBS. Everything else comes from licensing revenue and DVD sales, which hasn’t fared so well in our era of Netflix binge-watching.

Under HBO, Sesame Street can significantly ramp up its production, creating 35 episodes per year instead of the standard 18. The partnership even allows for a spinoff series starring Sesame Street Muppets and a second unannounced educational series. Financial details of the partnership weren’t disclosed, but I imagine it provides Sesame Street with a lot more freedom in its regular programming.

“The partnership is really a great thing for kids,” chief executive of Sesame Workshop Jeffrey D. Dunn explained. “We’re getting revenues we otherwise would not have gotten, and with this we can do even more content for kids.”

Of course, HBO benefits from the partnership as well. Sesame Street will air first on HBO and HBO streaming services nine months before returning to PBS. It also gives the premium cable channel a huge edge in on-demand family content. Amazon, Netflix, and other companies are investing heavily in original children’s programming right now, but none are likely to have the brand recognition Big Bird, Elmo, and the rest of Sesame Street embody.

“We were instantly thrilled for the opportunity to bring an iconic series like ‘Sesame Street’ to HBO,” chief executive of HBO Richard Plepler said. “Sesame Street stands for excellence and quality in children’s programming, and we stand for excellence and quality in all programming. If we are going to lean into that and start to do more, we want to associate ourselves with a brand that is consummate to ourselves.”

Pay What You Want For The Ultimate Video Game Developer Bundle