2014 has only just arrived, and already feels like a year that movie history is gearing up to overlook. All the long-view-of-history eyes are squarely focused on 2015, the year that – depending on who you ask – is either the final cementing of the industry’s franchise/multimedia/adaptation-centric business model or the beginning of the end for the same. That’s the year that Avengers 2: Age of Ultron, Star Wars: Episode VII, Terminator: Genesis, Mad Max: Fury Road, Superman vs. Batman, Ant-Man, Jurassic World, Fox’s Fantastic Four reboot and now Fast & Furious 7 will all be fighting for boxoffice supremacy. So yes, it’s easy enough to see why film journos can’t wait to get their hands on all that content.

Nonetheless, 2014 is here for now and contains a good number of releases that at least have my interest piqued. Here’s a sampling – chronological for the most part, but with my most anticipated saved for the finale:

RAZE (January 10)
Bloodsport + Saw + Chained Heat = ? reads like the formula for just about the nastiest thing you could release; and as it turns out the nastiest thing you could release is called Raze. Zoe Bell (the Kiwi stuntwoman star of Tarantino’s Deathproof) stars as one of 50 women abducted by a mystery organization and given identical instructions: Fight eachother to the death, one on one, bare-knuckle… and if you die, so does your family. This looks like my kind of rough.

THE LEGO MOVIE (February 7)
Thus far, everything about this just looks amazing. The voice cast, the Matrix-riffing premise, the fact that it’s the team behind the magnificent (original) Cloudy With A Chance of Meatballs and that deceptively simple animation trick being employed to give expensive CGI the texture and movement of a home-made stop-motion LEGO fan film.

The Monuments Men (February 7)
During WWII, a small but dedicated U.S. Military-backed organization of art, history and cultural experts dedicated themselves to retrieving priceless works of art looted by the Nazis and minimize damage to historical landmarks by the fighting. Though they faced resistance by armies not wanting to be told where to bomb and skepticism from those who considered art-preservation a waste of resources perhaps better spent rescuing the living; they pressed on under the belief that rebuilding the world after the war wouldn’t be possible if the accumulated history of human culture was lost in the process. This is their story, and I’ve waited a long time for someone to recognize that it deserved a movie. George Clooney directs and stars alongside Matt Damon, Bill Murray, John Goodman and Cate Blanchett.

ROBOCOP (February 12)
Paul Verhoeven’s original Robocop is a classic, and my favorite movie ever. This PG-13 remake… looks like a steaming pile of ass, despite a not-bad cast and a respected new(ish) director at the helm. Still, you never know (2013’s Frozen was a potent reminder that a bad trailer is hardly indicative of a bad movie) and I’m anxious to give the film its day in court.

WELCOME TO YESTERDAY (February 28)
Am I tired of “found-footage” style movies? Of course I am. But this time-travel yarn seems to be borrowing Chronicle‘s attitude of found-footage not having to look like crap and has a killer sci-fi hook: A teenager watches a home-movie of his own 7th birthday party and catches a glimpse of his present-day self somehow standing in the background.

300: RISE OF AN EMPIRE (March 7)
Nothing could’ve sounded more unnecessary and tiresome than a sequel to 300, but this looks surprisingly good so far. The change of setting (it’s primarily naval warfare this time) a potentially more interesting set of heroes (Athens instead of Sparta) a new female villain (Eva Green as Queen Artemisia) and the prospect of some backstory for Xerxes are all intriguing.

MUPPETS MOST WANTED (March 21)
It’s a new Muppet movie, evidently a spiritual-successor to The Great Muppet Caper. I shouldn’t need to explain anything beyond that.

NOAH (March 28)
Darren Aronofsky directs Russell Crowe in a retelling of Noah’s Ark drawn more from Apocryphal and ancient Talmudic accounts rather than from modern/mainstream Biblical versions? Sign me up, hope we see some Giants. 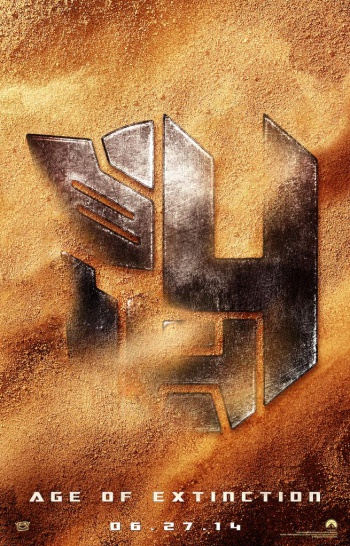 CAPTAIN AMERICA: THE WINTER SOLDIER (April 4)
Iron Man and Thor have both proven that their individual franchises are more than capable of sustaining in between Avengers team-ups. Now it’s Captain America’s turn, but with the added challenge of jumping genres from whimsical retro-pulp adventure to slick modern spy-thriller. Also of note: The film is rumored to be tied in some significant but unspecified way to the Agents of S.H.I.E.L.D TV series, which should be interesting given the film’s “S.H.I.E.L.D going bad” plotline.

AMAZING SPIDER-MAN 2 (May 2)
Supposedly pretty high on the list of people who really didn’t like how The Amazing Spider-Man turned out? The people who paid to have it made. But the film turned a profit, and so (allegedly) a lot of the worldbuilding and characters that got excised from the original during a re-editing overhaul wound up in this one (alongside a new look for Spidey) for another stab at turning this into a workable franchise – think of it as a “soft reboot.” Doesn’t look like anything special so far, but stranger things have happened.

GODZILLA (May 16)
Man, but I love Godzilla. Man, but did I hate director Gareth Edwards’ previously feature, Monsters. This has a great cast, a pretty cool trailer, and Edwards can certainly shoot Kaiju sequences… but I just can’t let go of my reservations. Plus, there’s the very real possibility that, apart from the famous-name monster, this won’t really have much to offer in the wake of Pacific Rim.

X-MEN: DAYS OF FUTURE PAST (May 23)
Director Bryan Singer comes limping back to the franchise that made him a bankable action director (for a minute there) for a loose adaptation of the most famous classic X-Men story that promises to unite two whole eras (both the modern and First Class period) worth of characters who are more interesting than Wolverine in a story that will once again largely ignore them in favor of focusing on Wolverine. I hate to sound negative – I want to see The Sentinels and McKellan’s Magneto again as bad as anybody – it’s just a shame to see the series seemingly in retreat after finally getting it just right in First Class.

JUPITER ASCENDING (July 18)
The Wachowskis return to the action genre with a big-scale space opera whose closely guarded plot involves aliens, human-animal hybrids, intergalactic bounty hunters and Mila Kunis being sought for nefarious purposes by The Queen of The Galaxy. These two are always worth watching, even when they don’t quite stick the landing.

TEENAGE MUTANT NINJA TURTLES (August 8)
This Michael Bay produced reboot of the TMNT franchise was totally scrapped for a while after a terrible (alleged) screenplay leaked online after reports that the producers weren’t happy with it. But now it’s been overhauled, with a cast that includes Megan Fox as April O’Neil and William Fichtner as The Shredder. Should be interesting.

THE GREEN INFERNO (September 5)
A modern update of 70s jungle/cannibal shockers from the director of Hostel. Need I say more?

INTERSTELLAR (November 7)
Christopher Nolan directs a top-secret science fiction project originally written by his brother Johnathan as a project for Steven Spielberg. You’d best believe I want to see what that looks like.

MOST ANTICIPATED:
GUARDIANS OF THE GALAXY (August 1)
Marvel Studios are the guys everyone in Hollywood either wants to be or at least wants to be in business with; the guys with the seemingly magic touch to turn onetime gimme-a-break prospects like Thor or the “cinematification” of comic book universe-continuity into moneymaking juggernauts. But this one represents their biggest risk since The Avengers: Can they translate the success of their superhero movies to an entirely different (though still Marvel Universe-set) genre? In this case, a sci-fi comedy about a crew of fugitive alien misfits including a sentient tree and an angry, gun-totting raccoon? As of this writing, there’s still no poster or trailer, but I’m rooting like hell for this crazy experiment to keep working – if nothing else, Super and Slither helmer James Gunn could really use a hit.