I think much of Stephenie Meyer as a pop cultural force. As a person? I don’t know her. I’m told she’s very nice. But as a writer, she’s pretty terrible. Her Twilight books are a staggering fusion of genuinely poor literary skills with characters and a storyline that practically define ridiculous in the negative sense. And this is while setting aside the related issue of the regressive gender/relationship politics that infuse the whole narrative.

Suffice it to say, I’m not a fan. I’ve got no problem with the way so much of the media has turned her books and the movies based on them into the movie critics’ equivalent of Glass Joe – everyone in the business has their “why Twilight sucks” routine chambered and ready, each more colorful and specific than the last. I’ve reviewed all five films in the series for The Escapist, and I can attest that coming up with new ways to explain, explore and rationalize the various things wrong with the works and (possibly) wrong with its creator remained a fun challenge throughout the journey.

That having been said, thinking back on it recently while watching The Host – a new science fiction film based on Meyer’s sole non-Twilight book – there is an aspect to the piling-on regarding Meyer that starts to feel a little bit on the unpleasant side. I’m not necessarily excluding various jokes I may have lobbed in that direction with everyone else, and that’s not to say that I’m entertaining the idea that her work might not actually be all that bad (it’s not, it’s worse). It’s just that there’s a certain angle to some of the swipes that, when I take a step and look at them more broadly, starts to leave a bad taste in my mouth.

A brief digression: Are you familiar with the term Outsider Art? It more or less means what it sounds like it means; an art world term for artwork made by people who are not themselves part of said world, i.e. they don’t have formal art education, training or even don’t self-identify as artists. Since, as you can imagine, that casts something of a broad net, patrons and/or students of Outsider Art generally constrain it to work by those who are “outsiders” in a broader sense as well (the movement derives from the French “art brut” study, which focused on artwork from asylum inmates, children, etc.).

On the one hand, this can all be very well-meaning, ideally helping to discover raw talent that might otherwise have been overlooked – the heroic, self-flattering vision of a struggling, socially-ostracized nobody being elevated to greatness by the art world’s ability to recognize their genius and reward them in kind. In practice, however, there can often be a feeling not unlike a highbrow freakshow, with the swells of the art world projecting their own assumptions about the “outsiders” and their culture onto the art in question. Their presumed ability (to say nothing of presumed right) to do so is based on a classist (and other “ists,” to be sure) assumption that the art world is better equipped to find “real meaning” in the work than the outsider artist themselves: “The artist is a homeless woman, so clearly this sculpture is actually about her struggle to comprehend …” “The artist is a black teenager, so clearly this painting is about his anger at …” You get the idea.

The series King of The Hill actually skewered the whole scene rather pointedly. In the episode Ceci N’est Pas Une King of The Hill, Peggy Hill’s steel sculpture of a robot made of propane tanks gets purchased by a Dallas art dealer. Peggy actually worked hard on the piece and was trying very consciously to make “real” art, and thus was devastated to learn that the dealer was featuring her as an Outsider Artist – pitching her to the gallery crowd as a naive “hillbilly housewife” (as evidenced by the “primitiveness” of her work) when in reality she’s a reasonably intelligent schoolteacher.

Understand, I’m a graduate of an art education myself and am usually more than proud of the “elitism” in which my left-wing East Coast ivory tower caboose rests, but having been to a few Outsider Art events in that context I occasionally found myself feeling uneasy about them, and that episode pretty much bullseyed the why of it. 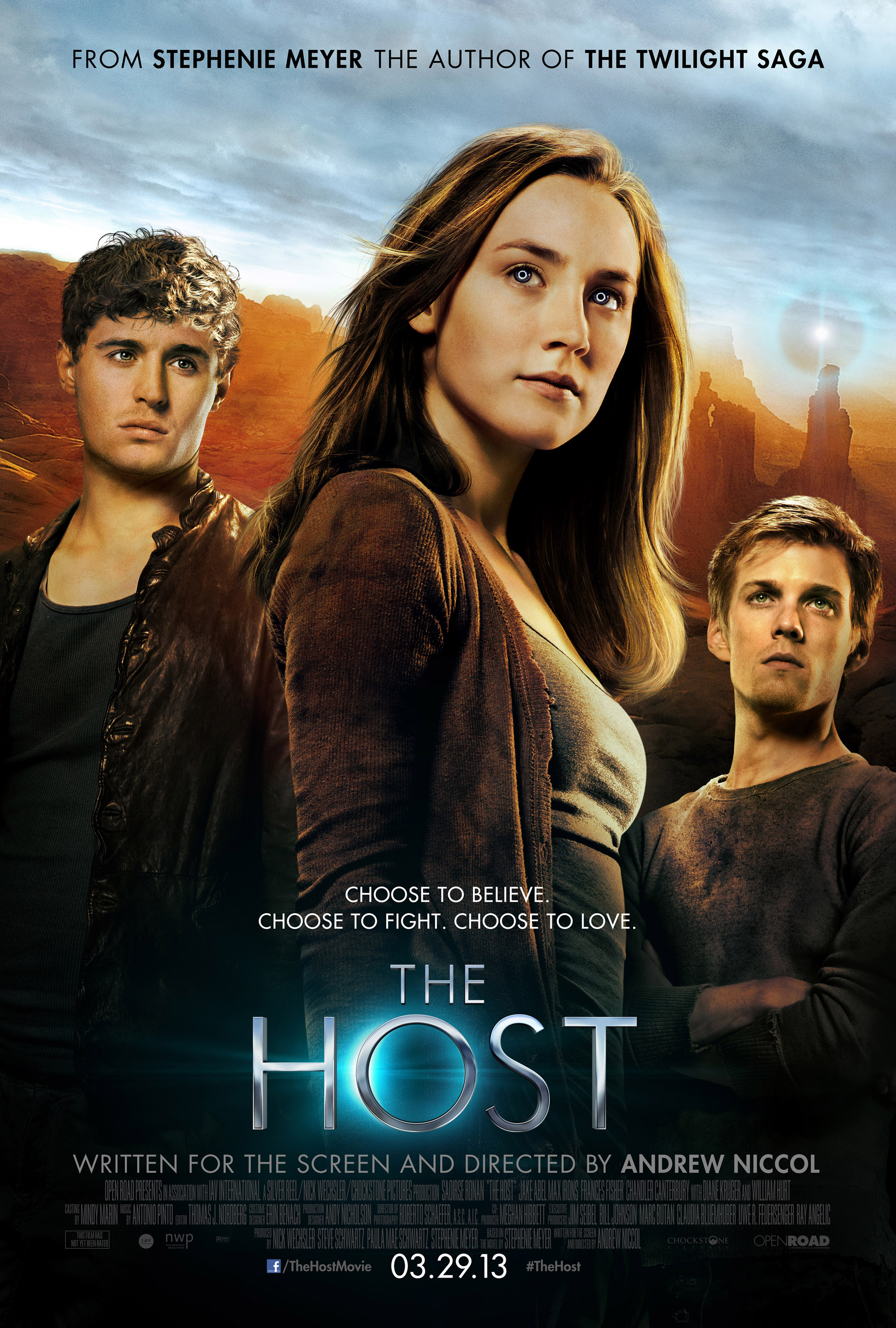 I bring this up because I feel like a good deal of the attempted “deep reading” criticism of Meyer and her work (but especially her as “herself”) cross over into a version of this same Outsider Art mindset. She certainly fits the profile, after all. Little formal training, little if any personal familiarity with the medium/genre she dabbles in, lifestyle far outside that of most literary taste makers (she’s a conservative Mormon stay-at-home mom) and so does her work; rough, scattered, preposterous without a hint of irony and, well … not very good.

In fact, one could make the case that both she and her output are practically the template for a literary Outsider Artist. She’s obviously possessed of remarkable creativity (you might not like her upended vampire/lycan mythology or its use to create a vampire/human/werewolf/baby romance-go-round, but you can’t say it isn’t novel), but also clearly lacks either the innate talent or formal instruction on how to make something better than the awful Twilight books out of it. As such, it’s not surprising to see people try and project their own views of her, her life and beliefs into the prose: “Is Bella’s submissiveness a romanticism of Mormon gender roles?” “Is Meyer a self-hating woman punishing her own self-insert character for her sexuality?”

One can only imagine what these same projectionists will make of The Host, which is yet another instance of an impressively novel, creative reworking of the alien invasion template filtered through Meyer’s by-now familiar fixations (there is a love triangle, and issues of both physical and psychological restraint figure prominently as do themes of martyrdom and masochism) and rendered unintentionally hilarious by her unwieldy “Is she kidding?” storytelling. Earth has been invaded and conquered by a race of alien “Souls” that possess human bodies and set about building a perfect world of polite, share-and-share-alike Hosts. You’ll be unsurprised to learn that the “perfect” world has a vaguely totalitarian feel about it, and that real humans survive in small underground resistance cells.

Our protagonist, though, is actually one of the Souls (named “Wanderer”) who discovers that the consciousness of Melanie Stryder – the teenage girl she’s been implanted into (yes, Stride and Wander) – has failed to recede, leaving them both fighting for control of the body. They come to a kind of understanding, but then things get complicated when they wind up with the human resistance fighters, one of whom is Melanie’s grieving onetime boyfriend, while another boy falls hard for Wanderer. Yes, you read that correctly – it’s a four-person/three-body love rectangle. Like I said, Meyer may be a poor author, but she’s not short on ideas.

I can already imagine that the Outsider Art view of Meyer will compel any number of conjectures about what all this hokum really represents. The implied martyr/misogyny of Twilight will likely be called out for one thing (almost all of Melanie’s heroic acts involve some level of self-injury, Wanderer’s would-be human beau is a guy who initially tries to strangle her, etc.), and I’m sure some will strain to find meaningful parallels between Mormon arcana and the soul/alien/host concept.

Not that taking an author’s known history or stated views into consideration isn’t a valid part of critical reading, mind you – it’s all on the table, so to speak. But there’s a vein of condescension and self-flattery to a lot of it (probably present in some of my own earliest Twilight proddings, even) that starts to feel ugly even if you detest her work as much as I do. It’s not even the vitriol itself that’s objectionable, it’s the implication that all these buried deposits of secret meaning are visible only to those digging for them, not even to the author herself. It even crosses into misogyny at times: How can this lady – just some mom, after all! – not be blissfully unaware of how plainly she’s coded her own issues – which she’s probably too dense to even recognize to begin with! – and hang-ups into her narrative for them to find?

That sort of thing, to me, feels over the line. There’s plenty to hate about Twilight (and plenty to laugh at in The Host – the great Andrew Niccol tries mightily in the director’s chair, but can’t overcome Meyer’s awfulness) and about bad books/movies in general without treating the people who make them some kind of petting zoo oddity under your own personal psychiatric examination.