Developed by Splash Damage. Published by Nexon. Release in 2015. Available on PC. Travel and accommodations provided by the publisher. 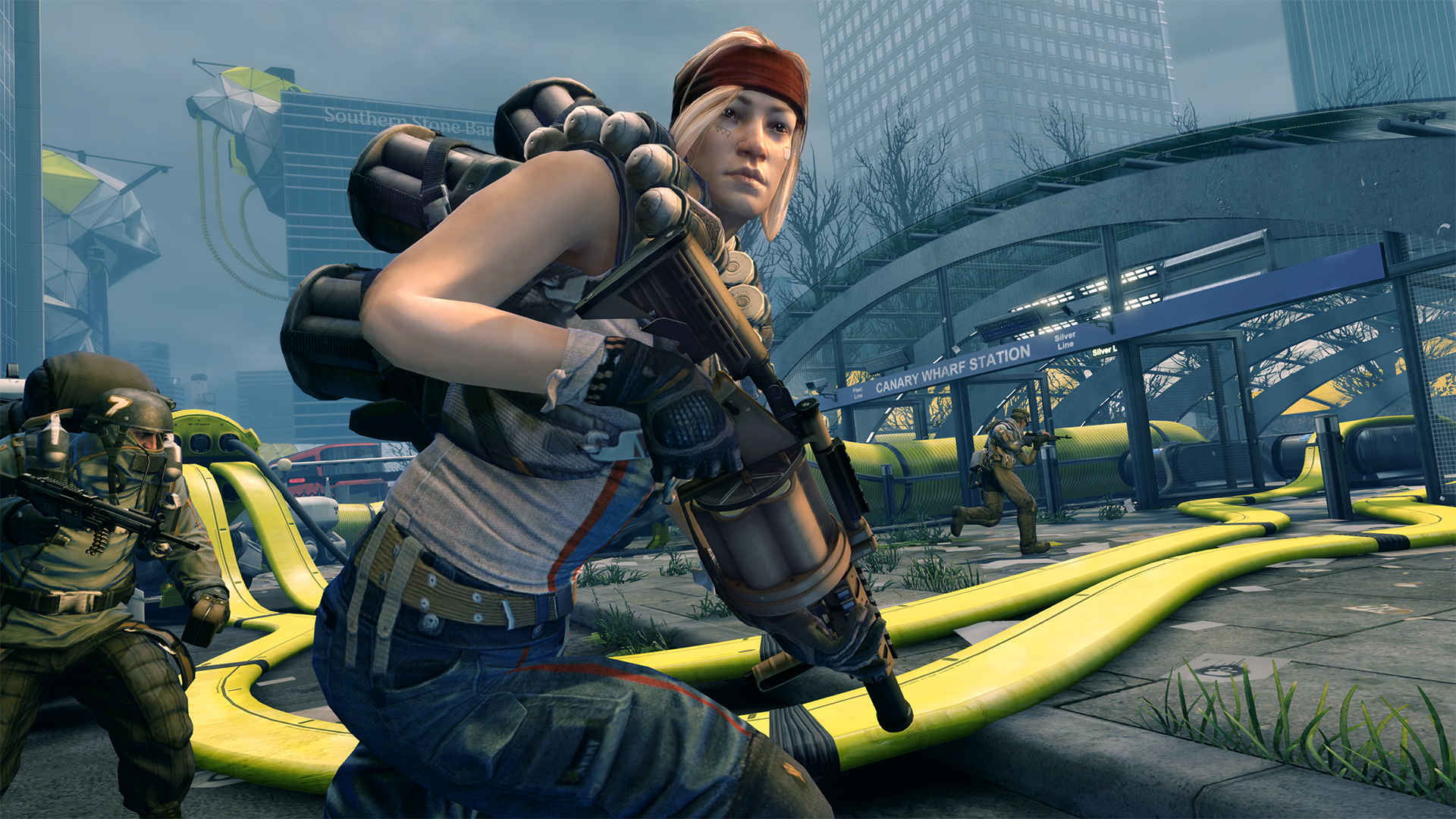 To say that Splash Damage is a household name in gaming could be a bit of an overstatement, but the English studio’s impact on the FPS genre can’t be understated. Whether you know the studio by name or not, shooter fans (particularly those who play on PC) should be familiar with its titles, including Return to Castle Wolfenstein, Wolfenstein: Enemy Territory, Enemy Territory: Quake Wars, and Brink.

Released in 2011, Brink simply didn’t live up to lofty expectations established by its predecessors. It was a bug-riddled, unpolished product (something the developer fully admits to in hindsight), and the RPG element-heavy customization didn’t sit well with the “drop me in a map and let me shoot things” FPS crowd. It also didn’t help that Brink was released smack in the middle of the infamous PlayStation Network Outage of 2011, effectively terminating one of its three launch platforms (along with the Xbox 360, and PC).

“[Brink] missed the mark,” said Paul Wedgwood, CEO, co-founder of Splash Damage and lead designer on Brink. “We failed with the launch of Brink within the first week. Brink came out a week before the Day One Update, and a lot of people experienced lag, poor texture quality, badly behaved AI … and it frustrated us endlessly. I love [Brink]. I love the story … but I am embarrassed by the quantity of issues that existed at launch.”

Dirty Bomb is the studio’s chance to regain traction with its core audience in an effort to get back to its roots. But this is a scenario where such a cliche is appropriate. Its work on RAD Soldiers and Batman: Arkham Origins aside, Splash Damage has almost always been about one type of game: Objective-driven, small-team, asymmetrical FPS engagement. Dirty Bomb wants to bring the PC crowd back to this arena, albeit with a new publishing partner (Nexon) and free-to-play flavoring.

Right off the bat, Splash Damage fully admits that Dirty Bomb is “not for the mass-core,” meaning they aren’t trying to pull all types of gamers of into the fold. This applies even to the myriad tastes within the FPS genre itself, so there’s no feeling like Battlefield going after Call of Duty. After talking with the executive and development teams, it’s clear they’re going after a jilted niche audience — those who have played Enemy Territory games over the years, only to be hit with the Brink two-by-four back in 2011. They’re also going after those players who really enjoy other asymmetrical combat titles like Team Fortress 2. 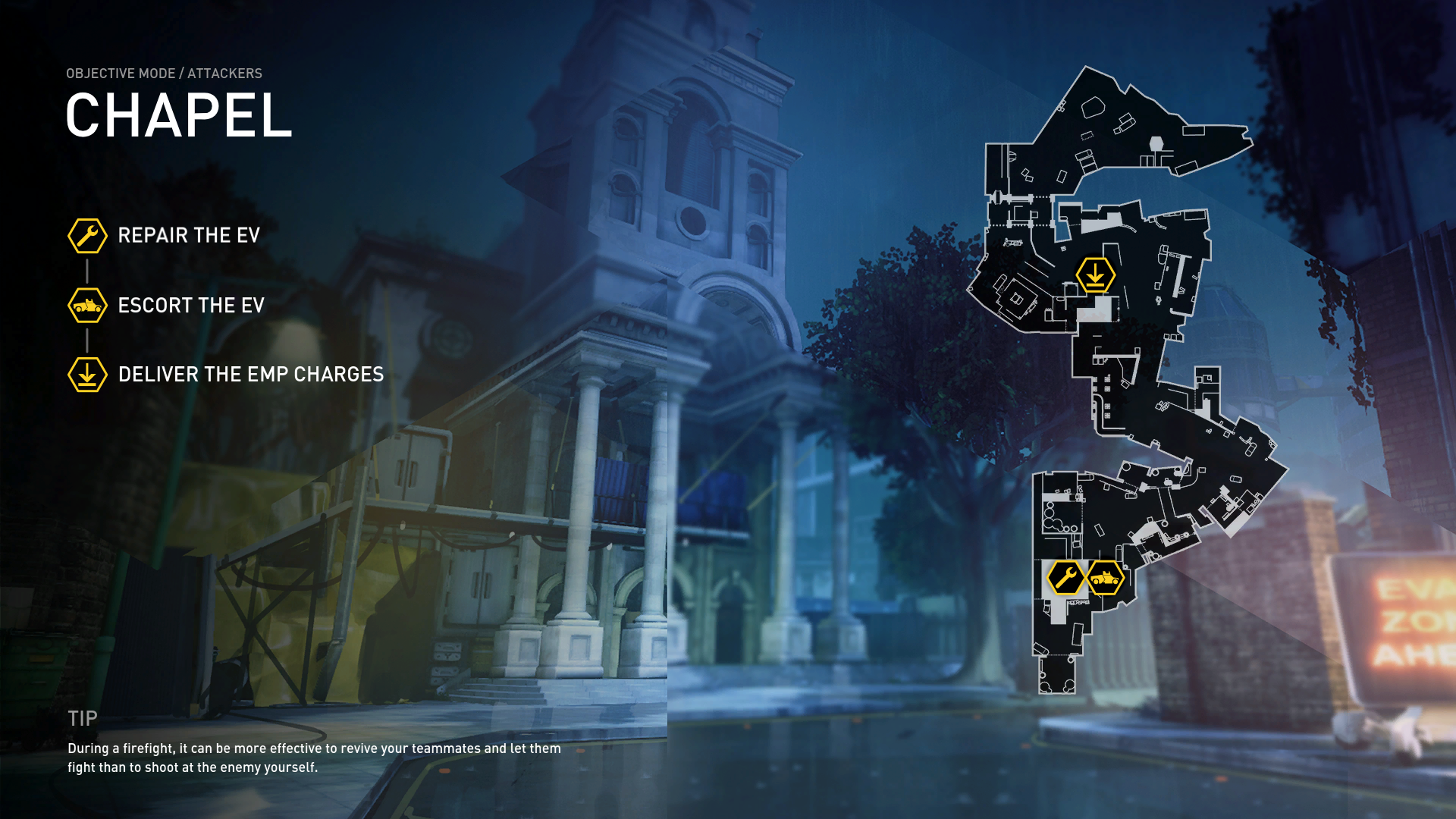 As you jump into a Dirty Bomb match, everything seems simplified. There is no player appearance customization minutia, and a simplified combat load-out selection process. There is still personality in the game’s characters — all mercenaries, so there’s no tangible good-versus-evil vibe — with each having an origin, a backstory, a specific look. Their stories are there to enjoy, similar to the comedy-heavy characters in TF2, but it’s never forced on you. The plot and character framing tempt those who crave backstory and character development, while allowing the aforementioned “get me in a server now” crowd to bypass this perceived riff-raff.

Other modes and maps will be included at the open beta’s launch in 2015 — five maps, two modes (Stopwatch and Objective), and 15 mercenaries are planned — but the focus is on Stopwatch. Anyone who has hopped into an Enemy Territory or Brink match knows what Stopwatch is: you get a limited window to complete all primary objectives, or defend the objectives from attackers. Our preview focused on two Stopwatch maps: Underground, and Chapel, each showing off unique aspects of the London cityscape. All of Dirty Bomb will take place within the context of New London, a city deserted in the near future after a radioactive device is detonated. The abandoned metropolis still contains the wealth of a entire city population, turning New London into a get-rich-quick battlefield dominated by mercenaries, and PMCs (private military companies/contractors). Post-apocalyptic plot aside, Splash Damage has tried hard to translate real-world London landmarks into combat zones. Underground is based on the Chapel Wharf tube (subway) station, which acts as a flood water control point in the game, while Chapel (based on the Whitechapel district) is a twisting road with data server control waiting at its conclusion. 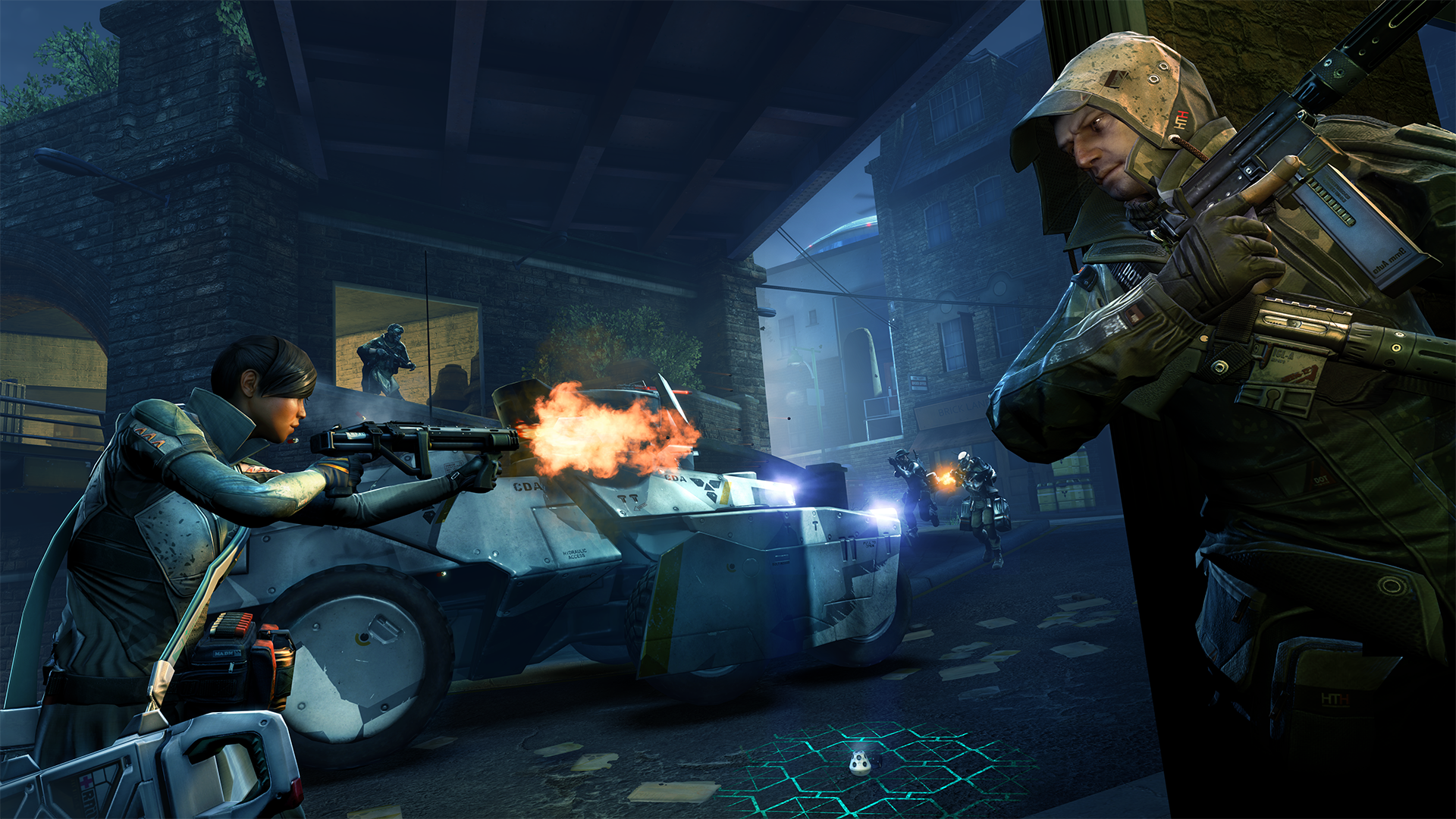 Stopwatch combat is intentionally linear and constrained, which could turn away some who enjoy the more expansive, free-wheeling style of Battlefield. Objectives always need to be completed in a deliberate order; first you fix the transport vehicle, then you escort it to the destination waypoint down the road, and only then can you take the EMP charges stored on the transport to the data center, where they are planted and detonated. Secondary objectives dot the landscape, and while they’re purely optional, they can be toggled endlessly by both teams (lowering a access bridge, only to have the enemy team raise it back up). The combat and level design is immediately familiar to veteran ET players; in fact, the Chapel map is homage to the original Enemy Territory stage Gold Rush). Stopwatch is about choosing your moments, knowing when to push as a team, and realizing when to regroup or deploy a new strategy. Lane offense and defense replace the zone tactics reserved for larger Battlefield maps, with each player choosing (and hopefully sticking to) a specific job during each phase of a map.

While many aspects of Dirty Bomb‘s design are constrained (or dialed back when compared to Brink), teamwork mechanics are perhaps its most fluid component. The selectable mercenaries have their own specializations (Phoenix is a Medic, Bushwacker is an Engineer, etc.), but every player can do every job, and complete every objective. A Medic can revive teammates quicker, but I can still be revived by someone playing as Rhino the heavy weapons specialist. The same goes for repairing vehicles, planting bombs, and capturing waypoints. Mercenaries are very limited in their Loadout selections (a Medic cannot use a machine gun reserved for Assault-type mercs), so there is an appropriate amount of balance present in the team-forming equation.

Weapon and perk selections are limited to specific mercenaries, but Loadout cards do add some variety in the pre-match customization stage. You can enter a server with three Mercenaries on tap, each with a Loadout card selected. These Loadout cards have an aesthetic change in gun selection (a Medic will have access to several SMGs, but they are all behave similarly), while the perks (faster reloading, more ammo, etc.) are the real differentiators. These Loadout cards are found in crates, opened by keys, which is where Dirty Bomb‘s free-to-play strategy comes in. Similar to Counter-Strike: Global Offensive, and Team Fortress 2, Dirty Bomb‘s revenue generator is a crate and key system. This means there’s no XP boosters to buy, and no perceivable “pay-to-win” strategy present within the game. A scrap system will eventually be added as well, allowing duplicate Loadout cards to be converted into keys. Based on how successful these systems have been for Valve, it’s a step in right direction for Nexon and Splash Damage both — a zero-barrier entryway for new or returning players, while leaving the long-term cash cow door wide open.

There are many FPS experiences that cater to the “Run and Gun” player, but Dirty Bomb is not one of them. Like its predecessors, the game has a sharp learning curve, and those not willing to put in the time or follow the plan will leave servers feeling rather frustrated. The teammate who keeps the transport vehicle up and running at all times is just as important as the front-line attacker who racks up 30 kills in a round. Time is the only true measure of success here, even if kills, KDR, and other stats are measured and displayed. Shooting from the hip is encouraged, as are hyper-accurate grenade placements, knowing when to disable certain objectives, and how to move about through the map.

If Dirty Bomb‘s open beta lives up to the benchmark established during the preview, then the asymmetrical shooter is back way in a big way, come 2015. One can only hope that the lack of polish in Brink‘s final retail form does not make a return in Dirty Bomb.

Battlefield: Hardline Will Launch Next March