On February 27, 2016, Pokemon will celebrate its 20th birthday. Over the course of those twenty years, the Pokemon franchise has consistently maintained its relevance with video games, trading cards, a television series, movies, manga, and an abundance of merchandise with both an effectiveness and longevity that can be described most accurately as “unprecedented.” As of September 2015, Nintendo reports the sale of more than 277 million video game units worldwide, 69.95 million moviegoers, more than 21.5 billion cards shipped to 74 different countries in 11 different languages, and a television show aired in 93 different countries and regions.

While the magnitude of the franchise’s success in its home nation of Japan had already far exceeded the expectations of its creators, its success overseas could not have been fully anticipated. The arrival of Pokemon on American soil in 1998 set into motion a long and impactful journey defined by the transmission of ideas, values, cultures, and, most importantly, entertainment. In the late 90’s, eager children and confused parents clamored for the ubiquitous Pocket Monsters that were saturating all corners of the media, unknowingly contributing to the start of a new pop culture revolution. Suddenly, Pokemon was in the Macy’s Thanksgiving Day Parade. There was an entire store dedicated to it erected in New York City. Pokemon was on the cover of Time magazine in 1999, had appearances in The Simpsons, South Park, and dozens of other shows. Regardless of its country of birth, Pokemon has become a staple of American pop culture. But how? And why?

Pokemon‘s cultural impact is intrinsically tied to its success. The games in particular were unique, and held aspects that appealed to gamers of all ages. Players were given the choice of 151 different characters, along with the ability to customize each of those specific characters in different ways, making for a shocking number of possible team combinations. Pokemon also gave kids the ability to become experts on a topic that actually interested them. While some may argue that focusing on multiplication facts may prove to be more beneficial, it didn’t contribute to one’s street cred in the way that talking Pokemon did. The names of each of the characters were simple enough to learn and were tied largely to their physical appearances. The evolution feature was particularly appealing, giving kids the opportunity to nurture and teach their characters, but also to essentially watch them grow up as a direct result of that nurturing. 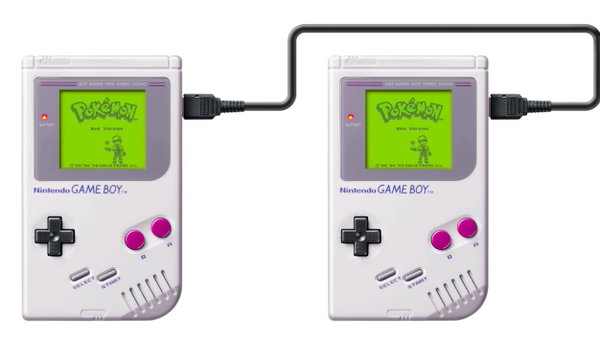 Possibly the most obvious reason for Pokemon‘s success is that it broke ground by placing social interaction at the center of the gaming experience. Players were encouraged to play the game with friends through the use of the link cable, which allowed you to not only compete in battles against friends, but also to trade with them. From the start, advertisements were encouraging players to “catch ’em all,” stressing the importance of collecting. Many of the creatures, while not the most viable in combat situations, learned skills that were useful in the game outside of fighting, making otherwise “worthless” characters incredibly valuable. From the early days, different versions – or colors – of the Pokemon games were released simultaneously, and included certain characters that were exclusive to a specific game. This design decision further encouraged trading, which in turn further encouraged social gaming. The box art for the original titles openly advised that the only way to collect all of the Pokemon was by linking to the other version of the game, essentially demanding social play. And, since it was on a handheld gaming device, it granted players the power and freedom to achieve all of this anywhere.

But Pokemon is more than just about games, and one of the primary reasons for its success was its successful domination of a multitude of different mediums. The Pokemon empire turned video games, trading cards, and a television series – each of which simultaneously contributed to, and borrowed from, one another – into a juggernaut of success that could likely not have been achieved with a strict focus on only one of those areas. Attacks that proved effective in the anime were often able to be implemented successfully in strategy in the video game. But in addition to that, the anime served as a method of introducing new, not yet obtainable characters. For example, at the end of the very first episode, I Choose You, Ho-Oh appears to Ash despite being a Generation II Pokemon. Introductions like this achieved two things. First, it increased the value of trade, as many would most certainly go into their games in search of the mysterious bird, likely linking up more frequently with their friends to see if, perhaps, a different version of the game had it. And second, it served as a promise to fans – there is more coming, and we’re already on it. 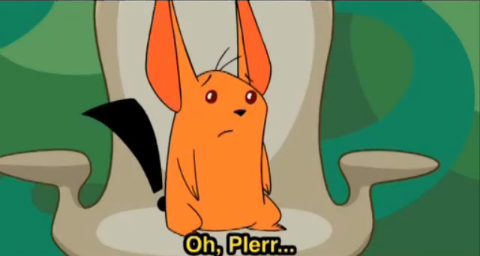 Suddenly, Pokemon was everywhere, referenced both directly and indirectly in dozens of other television shows. Sometimes, it appeared as entertainment for characters, while other times it was parodied or referenced discreetly. Pokemon even popped up as a Jeopardy question. Pokemon‘s success in America came quickly and intensely, and its influence paralleled that speed and intensity – and against all odds, the Pokemon influence remains today. After 20 years, Pokemon‘s greatest success was actually surviving the Pokemania that dominated the 90’s. The more popular any game, the harder the inevitable pushback will be. And yet despite that, it continues to remain relevant. There is now a Pokemon World Championship. There are ridiculously popular YouTubers with channels dedicated to the little critters.

The Pokemon franchise is one of the most important aspects of Japanese pop culture to carry over to the west, finding a massive and loyal audience while penetrating the cultural barrier that had separated much of Japanese media from American consumers. Pokemon has embedded itself into American pop culture in a way that transcends both history and age. With Pokemon reaching its milestone 20th anniversary, people worldwide are still clamoring to catch ’em all. And with everything that’s been planned to celebrate this milestone – including the release of a special Super Bowl ad, which ran $5 million per 30-second spot – it doesn’t look like it’s going to be slowing down.

10 Most Memorable The Legend of Zelda Characters