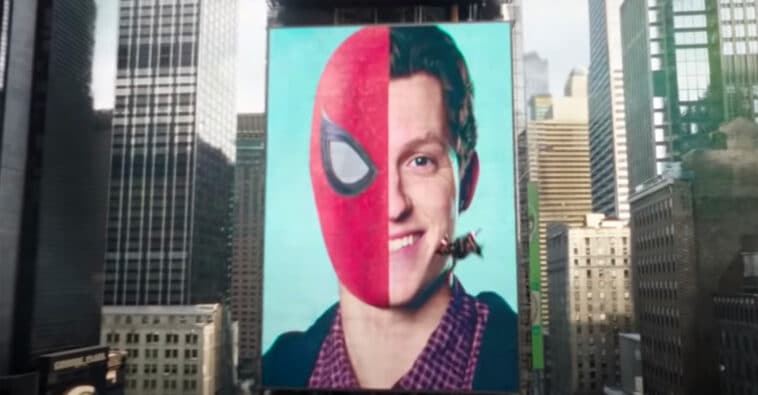 It’s not easy to be a superhero. Even if you ignore the hardest elements — the superpowers, the training, the stress of constant mortal danger — there are a host of logistical problems that would stymie even the best of heroes in the real world: How do you make a costume? (Montages don’t exactly grow on trees.) Where should you go to stock your utility belt? (They stopped manufacturing shark repellent years ago.) How do you obtain an appropriate supervillain addendum to your health insurance plan? However, this article will focus on one particular problem: how a superhero can create and maintain a secret identity and, more specifically, how the law would assist or obstruct those efforts.

It turns out that the legal system has a host of tools that can be used to protect secrets – and at least one obstacle that makes it much harder.

Tool One: Secrets of the Trade

The most obvious area of law relating to secrecy is the law of trade secrets. Generally speaking, a trade secret is any information that (a) derives independent economic value from not being known or readily ascertainable, and (b) is the subject of reasonable efforts to maintain its secrecy.

The most common trade secrets involve things like customer lists, secret recipes or formulas (think Coca-Cola, KFC, or Flaming Moe’s), or proprietary processes (e.g., the process used to make ice cream sandwich wafers), but courts have also extended trade secret protection to more abstract secrets. For example, in one case a court found that the location of old beehives qualified as a trade secret. In another case, a court found that the process used to whiten the crème in Oreo qualified as a protectable trade secret. 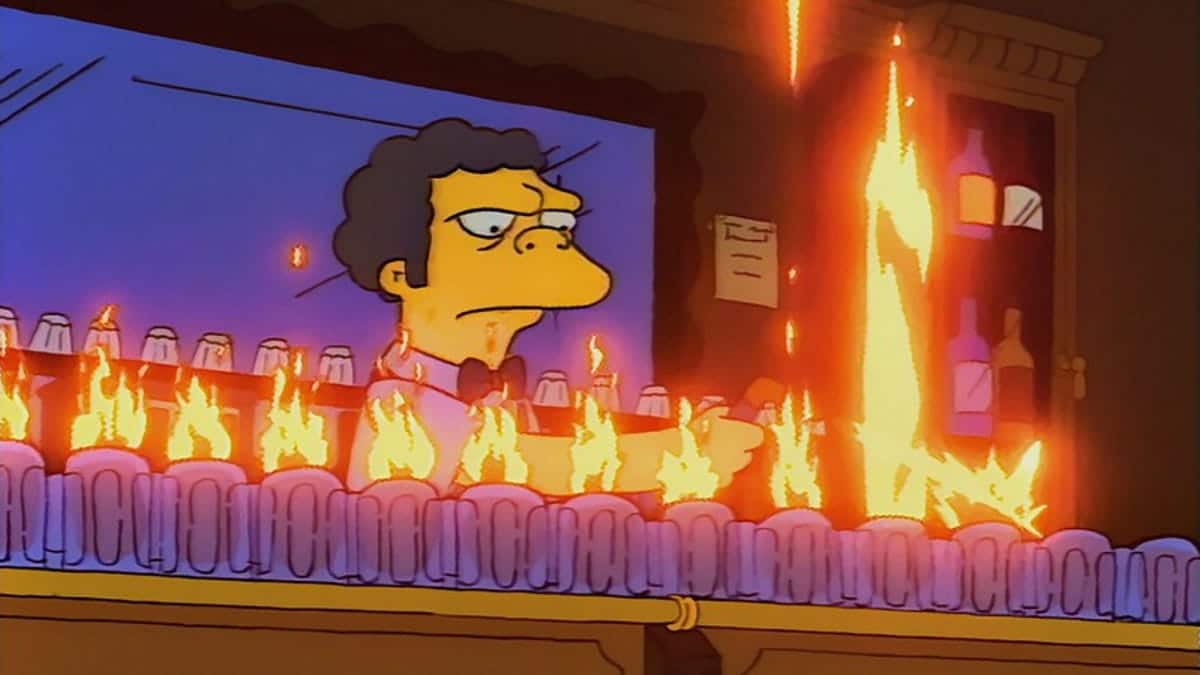 The fact that trade secret protections are generally construed broadly means there is a good chance that a superhero’s secret identity could qualify as a trade secret. Indeed, it can hardly be disputed that a secret identity has economic value, as evidenced by the fact that supervillains and major corporations would pay millions of dollars to discover the identity of their superhero nemeses. Provided heroes are careful, it should also be easy for them to demonstrate that they took reasonable efforts to protect their secret identity.

For example, heroes could store their costumes in a locked safe, implement rigorous protocols to ensure that no one sees them change between their identities, and require anyone who knows their secret to sign a non-disclosure agreement (NDA).

But would trade secret protections actually be useful? Kind of. Trade secret law makes it illegal to steal or wrongfully obtain trade secrets. This means that it would be illegal for villains, investigators, or J. Jonah Jamesons to obtain or use secret identities obtained through bribes, burglaries, hacking, or any other illegal activities.

Where a trade secret is obtained unlawfully, the owner of the secret can obtain a court order that would preclude the thief from using or disclosing the trade secret to others and that would require the thief to compensate the owner for any damages caused by the theft. While these remedies would surely be useful and appreciated by superheroes, they would, in all likelihood, be insufficient. Once an identity is revealed, it can’t really be un-revealed, so an order preventing further disclosure would not be particularly effective. And while money damages would likely be appreciated, most heroes would much rather have their secret.

By the same token, the people most interested in learning a secret identity are also the people who have the least respect for the law, meaning that they are unlikely to be deterred by any penalties (criminal or civil) that could be levied against them. At most, the laws would deter corporate-based villains like the Kingpin or Lex Luthor who would seek to translate their misbegotten secret identity into profits for their criminal corporate enterprises. While it would take quite a bit of forensic accounting, a hero could conceivably obtain a judgment that would require a corporate villain to disgorge all of the profits earned because of the trade secret identity theft. 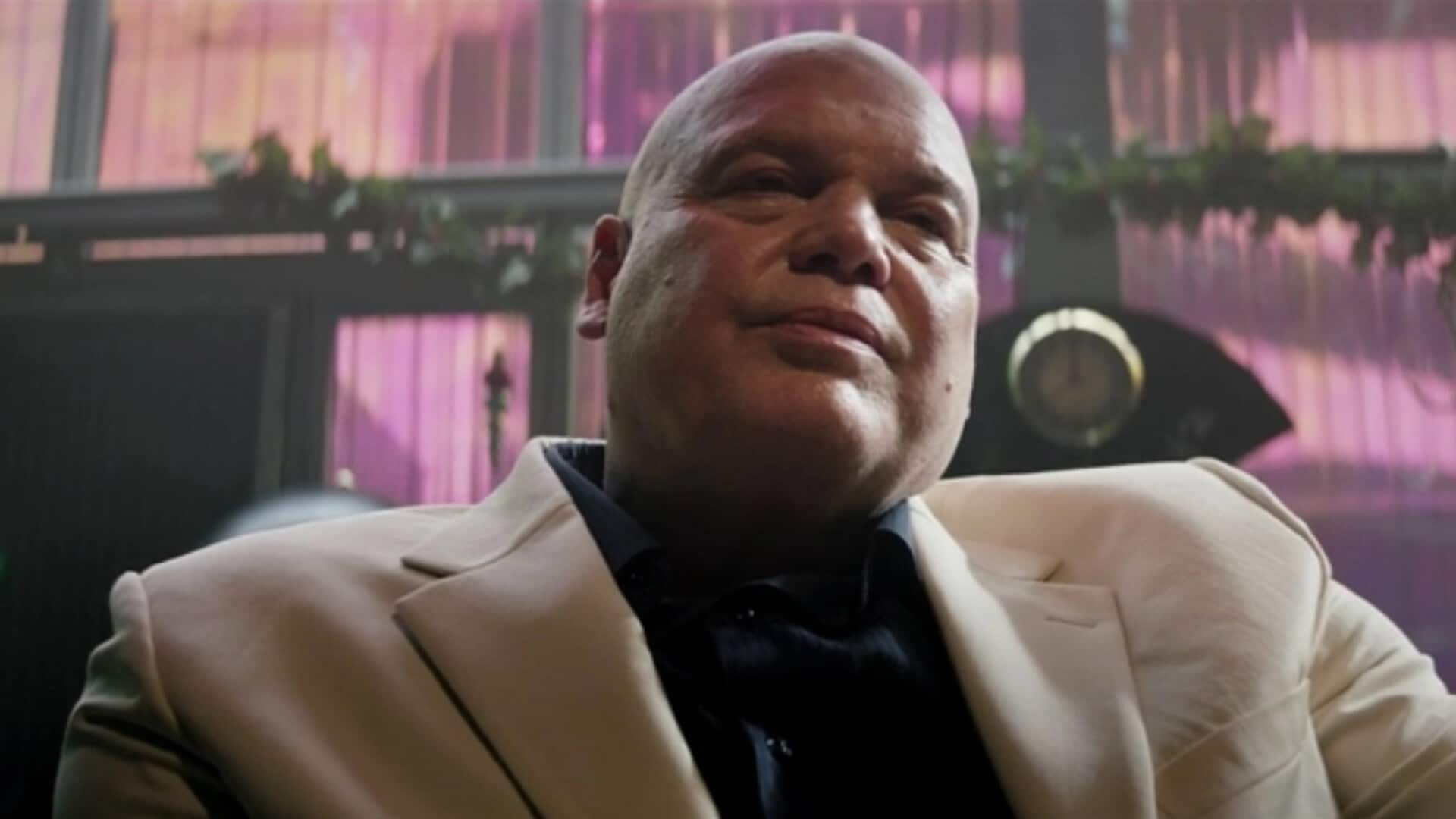 There is one additional reason why trade secret protections would not be particularly useful. As explained above, trade secret laws only prevent the theft of trade secrets — the law does not prevent anyone from obtaining trade secrets legitimately. This means that heroes would not have any protections if a villain figured out their secret identity through common sense, deductive reasoning, or simply by seeing the hero unmasked at an inopportune time.

Thus, while trade secret protections have some value, they cannot be viewed as a sufficient solution to the secret identity problem.

Tool Two: The First Amendment and the Right to Anonymous Expression

The right to anonymity is further limited in that it applies only to speech and expression, and it would not prevent the government from identifying individuals based on their actions. One could argue that the right to anonymity should apply to certain kinds of expressive acts. (For example, the perpetrators of the Boston Tea Party acted anonymously.) However, even that broad interpretation of the First Amendment would not apply to superheroes, whose actions aren’t especially expressive (flashy 1960s Batman fight scenes notwithstanding).

The First Amendment would not be a superhero’s best defense for protecting their identity. 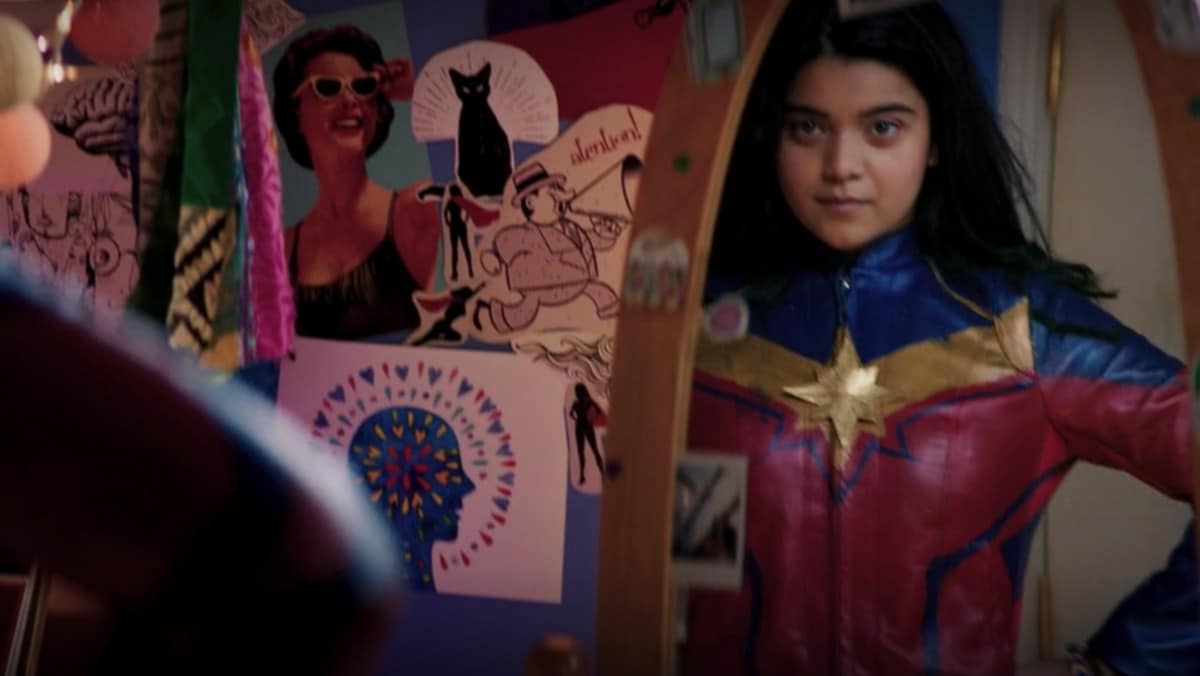 Tool Three: Think of the Children

There is one setting in which the law will take affirmative steps to protect secret identities — proceedings relating to minors. Even in the absence of superheroes, the law recognizes that children have unique privacy concerns and affords special protections to minors who are involved in judicial proceedings. In fact, under 18 U.S.C. § 3509, it is illegal for anyone to divulge the identity of children involved in court proceedings as witnesses or victims of physical abuse. Most states also have laws that protect the identity of juvenile defendants. Unlike the First Amendment, these protections would prevent the government from divulging the identity of minor heroes (like Kamala Khan).

Of course, these benefits come with some significant caveats. For one thing, identity protections do not necessarily apply if a minor is charged as an adult — which would be exceedingly likely given the nature of superheroes’ vigilante activities, even if the practice has decreased over the last few years. Anonymity protections are also not absolute. Some states have allowed officials to release information about a minor where a court decides “the public’s right to know … outweigh(s) any concern about stigmatizing the minor.” 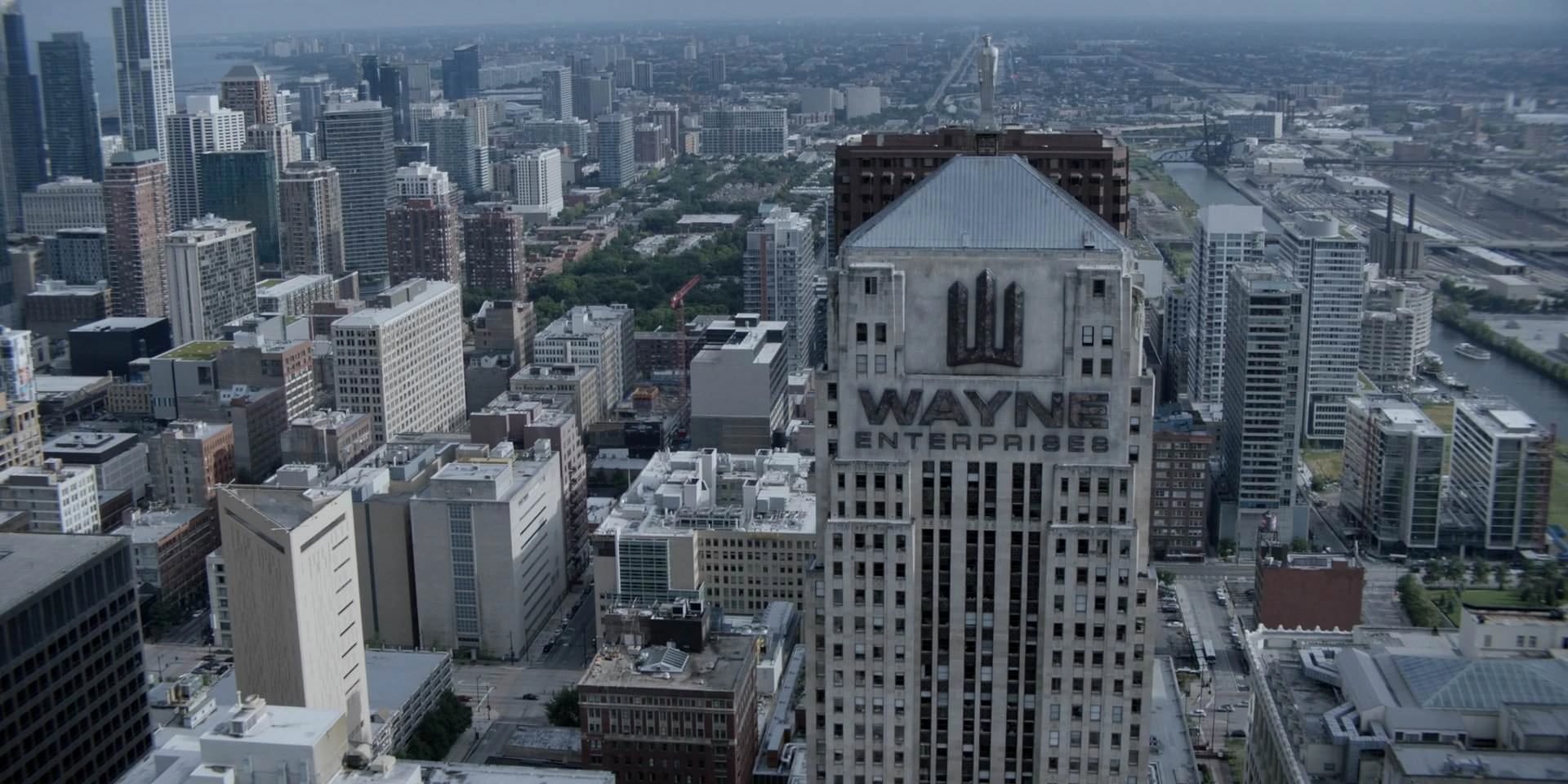 As we saw above, the law does not provide much meaningful assistance when it comes to protecting a hero’s secret identity. In 2004, the Supreme Court held that the police can require individuals to identify themselves if the police “reasonably suspect” that the individual has committed a crime, and they can arrest anyone who refuses to provide such identification. The “reasonable suspicion” standard is easy to satisfy and would readily apply to most or all superheroes.

Roughly half of the 50 states have rules that could require individuals to identify themselves. These rules — if followed — would necessarily prevent any hero from protecting their secret identity. After all, an identity can hardly be considered secret if you are required to divulge it upon request.

The good news is that this obstacle — like the tools discussed above — has little significance from a practical perspective. After all, superheroes could — and probably would — ignore the rule and simply refuse to provide their identity. Since most heroes engage in illegal activity anyway, their refusal to provide identification would not meaningfully impact their activities. Nevertheless, the rule would pose a challenge for the heroes who claim to respect the rule of law.

While secret identities are not prominently featured in the Marvel Cinematic Universe, they have a long and storied history in both Marvel and DC comics. Ultimately, it seems that the law does not offer much assistance when it comes to protecting secret identities. The tools it does provide are better than nothing — especially when it comes to trade secret protections and corporate villains — but the ultimate responsibility still falls on each superhero to keep their secret secret.

While protecting a secret identity is no mean feat, it at least beats restocking that damned utility belt.