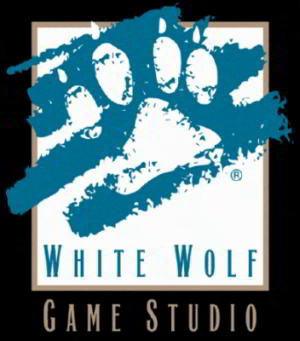 Chuck Wendig’s got more projects than he has time. Blightborn, the second novel of his Mad-Max-goes-to-Iowa Heartland Trilogy, came out last week. Starz is developing his novel Blackbirds as a TV show. He’s writing comics, screenplays and secret projects. But even with that schedule, he paused back in April to pen a sad blog post about the demise of the World of Darkness MMO. After years mired in development, the cancelled game finally put the ink on White Wolf Publishing’s death certificate.

Wendig freelanced on White Wolf books for over a decade, mostly on the Hunter line. He credits it with sharpening him up as a young writer. “I learned to write better during my time freelancing,” he said in his blog. “I learned discipline with deadlines. I found out what appealed to me about games, story, character, and horror. Really fundamental stuff.”

But Wendig isn’t the only White Wolf alum putting books on the shelves. A half-dozen authors who worked with the company are now publishing fiction. Aaron Dembski-Bowden has written 10 books in the Warhammer 40,000 universe. James A. Moore has written more than 20 thriller, dark fantasy, and horror novels. Mur Lafferty has an ongoing series with Orbit and won the 2013 Campbell Award for Best New Writer. Richard Dansky’s second novel dropped last year. The list goes on. While the New York Times recently pointed out how many famous authors honed their storytelling skills playing Dungeons & Dragons, White Wolf’s offices had a penchant for turning out fine genre writers. What was it, exactly, about White Wolf? The training? The environment? Smart recruitment? According to the authors, all of the above.

“We had an amazing murderer’s row of developers while I was there,” says Richard Dansky. Now the lead writer on the Tom Clancy franchise at Red Storm, Dansky started in the game industry as a grad student, writing freelance chapters for Wraith while proctoring PSAT exams in a church basement. “The philosophy that I internalized [at White Wolf] was that it was always about the storytelling hooks. We weren’t writing our own stories, we were giving players material to grab and run outward from the books with … the idea was always to give the players and Storytellers something to spark their imaginations.”

“Writing a novel is about me telling my story, but writing games is about facilitating your ability to tell your story,” says Wendig, adding that one is an act of ego, and the other a loss of ego. “But both gaming at the table and writing for games still teaches you some of the architecture of story and character.”

That philosophy – to give players and Storytellers drama to seize and run with – started at character creation. Every character in the World of Darkness was born into the world with Vices and Virtues, Natures and Demeanors, secrets and hidden agendas. In Wraith each player even had a Shadow or dark side – played by another party member – who would try and lead them astray. It was a perfect laboratory for playing with characters’ internal battles and inter-party drama. 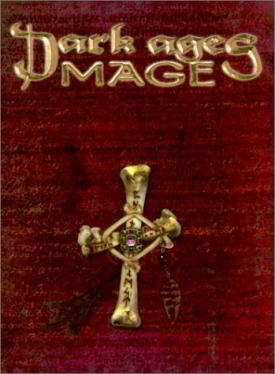 “Character conflict comes out of two sources,” says Dansky. “Characters wanting different things, or multiple characters wanting the same thing in a way that not all of them can have it. But, lots of people aren’t necessarily great at admitting what they want, or at verbalizing it once they’ve admitted it to themselves.” That’s where the rules stepped in, he says, giving players a map to guide their actions and reactions. “Mechanics like these that formalize what characters want … do a wonderful job of giving players tools to handle the elements that create character conflict.” The result was a game where characters felt more flawed and layered than other systems.

This emphasis on story didn’t stop with the first dice roll, either. Though it had rules for combat, supernatural abilities and actions like any other game, the mechanics themselves placed the burden on narrative rather than dice. It was, appropriately enough, called the Storyteller (later Storytelling) system.

“Storytelling allowed for very creative gameplay and flexible rules,” says Mur Lafferty. Now a novelist with five books published, she started as a fledgling writer working on Exalted and Dark Ages: Mage. “I’ve written for both [D&D] 3.5 rules and the storytelling system, so I can compare the two. One involves a lot more algebra, let’s just say that. I found storytelling more challenging, and that’s good challenging, not algebra-challenging.”

“The great thing about Storyteller was that it was simple,” says Dansky. “Gameplay didn’t grind to a halt while everyone thumbed through a bunch of books looking for the right chart. What you were being asked to roll was understandable, the results were quick, and you could get back to the storytelling.”

Storyteller kept the game’s pace up, keeping everyone engaged. Often what you said was more important than what you rolled. That meant White Wolf’s writers and freelancers had to be on the ball when it came to party dynamics and guessing what players might do. “With fewer rigid rules, you’re forced to be more creative and be one step ahead of the storytellers and two steps ahead of the most talented players,” says Lafferty. “If that doesn’t turn out some battle-ready writers, I don’t know what will.”

But despite all the learning potential in its rules, White Wolf was a company, not a writer’s retreat. Schedules could be brutal, and working for White Wolf often meant quick turnarounds. Dansky, who started as a freelancer and moved to a full-time position with what he calls “the Wolf,” recalls the extreme stress that sometimes caused. “Long nights, impossible hours, insane deadlines, stumbling home at 5 a.m. to feed the cat and catch a few hours’ sleep, chair-kicking arguments, you name it,” he says. He jokes that he nearly set his desk on fire while working on Kithbook: Sluagh. But the trial by fire taught lessons of its own.

“I freelanced with White Wolf for over a decade, and it helped me sharpen my writing while also teaching me the fundamental need to stick your landing and hit your deadlines,” says Wendig.

Lafferty agrees, saying the experience taught her that the “freelancing triangle” is made of good writing, punctuality and being easy to work with. It also instilled a certain mercenary attitude writers need to have with their work. “White Wolf helped me learn about … how not to fall in love – selfish, proprietary love – with everything I write, and to understand that I can write it and then the editor can do whatever they want with it.” The toughening up, she says, helps her deal with readers and editors today. 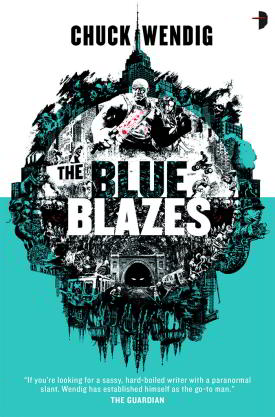 Given how the company helped these writers develop, it’s probably no accident that many White Wolf themes like monsters, hidden worlds and the afterlife continue to crop up in their fiction. Lafferty’s most recent novels, The Shambling Guide to New York City and Ghost Train to New Orleans deal with an out-of-work writer hired to edit a travel guides for vampires, zombies, sprites and demons. Though the tone is different – more sly humor than gothic nightmare – the clandestine monster community shares a little DNA with World of Darkness. Wendig’s novel The Blue Blazes also deals with the theme, as knee-breakers from New York’s criminal underworld come in violent contact with the legendary underworld of goblins and demons. His Miriam Black series, about a psychic who can see someone’s death by touching them, reads like the coolest Hunter game in history. By contrast, the demanding environment of the game industry directly inspired Richard Dansky’s most recent novel Vaporware. In it, the creative director at a video game studio finds himself haunted – literally – by a killed project come to life. But while the digital ghost provides the antagonist, the real horror lies in how much the main character is willing to sacrifice his life to the long hours and stress of the job. It’s a candid and unusually realistic look at working in the game industry.

It would be facetious – even offensive – to suggest that the World of Darkness inspired these novels. Perhaps it would be more correct to say White Wolf attracted writers already interested in urban fantasy and the supernatural and gave them a framework to explore and grow. When the writers left, they took those lessons – and a deeper appreciation for the genre – with them.

Lafferty’s sure working on the WoD line affected her on a subliminal level. “I don’t consciously think, ‘I’m going to use that nugget of wisdom I got from writing for Vampire in this story,’ but I’m sure there is some influence in my current work.”

Danksy, on the other hand, credits his time at the company with teaching him to write for an audience. Before he worked at White Wolf, he spent his time drafting academic papers for Lovecraft Studies and Studies in Weird Fiction. WoD, to some extent, brought him down out of the ivory tower. “Working in it gave me a real appreciation for what people wanted to experience in their horror – the places they chose to take their campaigns and the elements of the world that they picked up on. It taught me to write for an audience’s reaction and engagement, more so than for the intellectual idea of horror.”

White Wolf has many legacies, from Onyx Path continuing their work, to the fans that still enjoy their games, but chief among these has to be the writers the company fostered and trained. Much like White Wolf’s books encouraged players to grab onto plot hooks and take their own journey, these writers and freelancers took the skills White Wolf gave them and explored outward to find and tell their own stories. Through recruiting talent and training them, the Wolf indirectly made its mark on genre fiction.

But that means the murderers are loose. And I look forward to seeing what havoc they’ll wreak next.