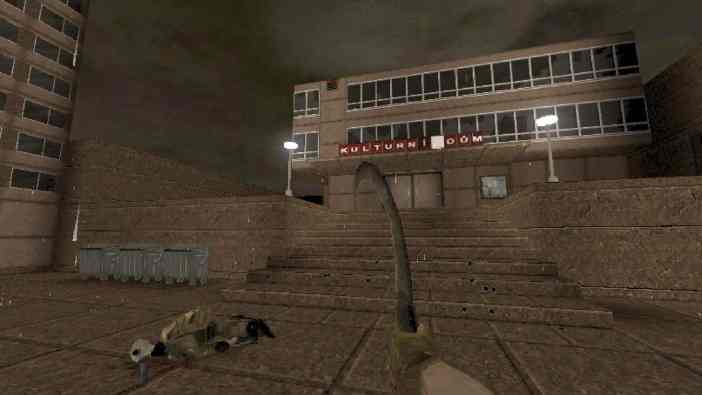 I’m running from a giant, gas mask-wearing horse that leaps over small buildings, only to round a corner and be ambushed by giant statue heads that fire bullets at me. The statue heads bleed when I shoot them. Mere minutes later, shrunken, thin humanoids hound me through the sewers, blasting shotguns at any sign of movement. Blood-sucking spiders are soon to follow, eager to drain me dry as I throw grenades at them in a fury. And I’m having a blast every second. This is HROT, a one-man-developed game in a custom game engine that lovingly recaptures the flow of Half-Life, the otherworldly nature of Metro 2033, and the tight level design of Quake.

You play as a lone Czech soldier trying to protect your homeland as it’s invaded by technological monsters. It becomes fast apparent that ravenous dogs and relentless riflemen are the least of your concerns as you dive deeper into HROT’s surreal, Orwellian world of 1986 Czechoslovakia.

HROT captures a perfectly depressing air, everything saturated in hues of brown and a pale, sickly white. The smog overhead blots out the sun, and your opponents are just as sickly, weezing, hissing, and gurgling as they menace you. The weapons you wield are powerful but crude, shaking and clattering like mass-manufactured knock-offs. Health packs are milk ration packets. Brutalist, razor-sharp blocky architecture surrounds you like a mausoleum that might swallow you whole every time you unlock a new area in the interweaving maze. 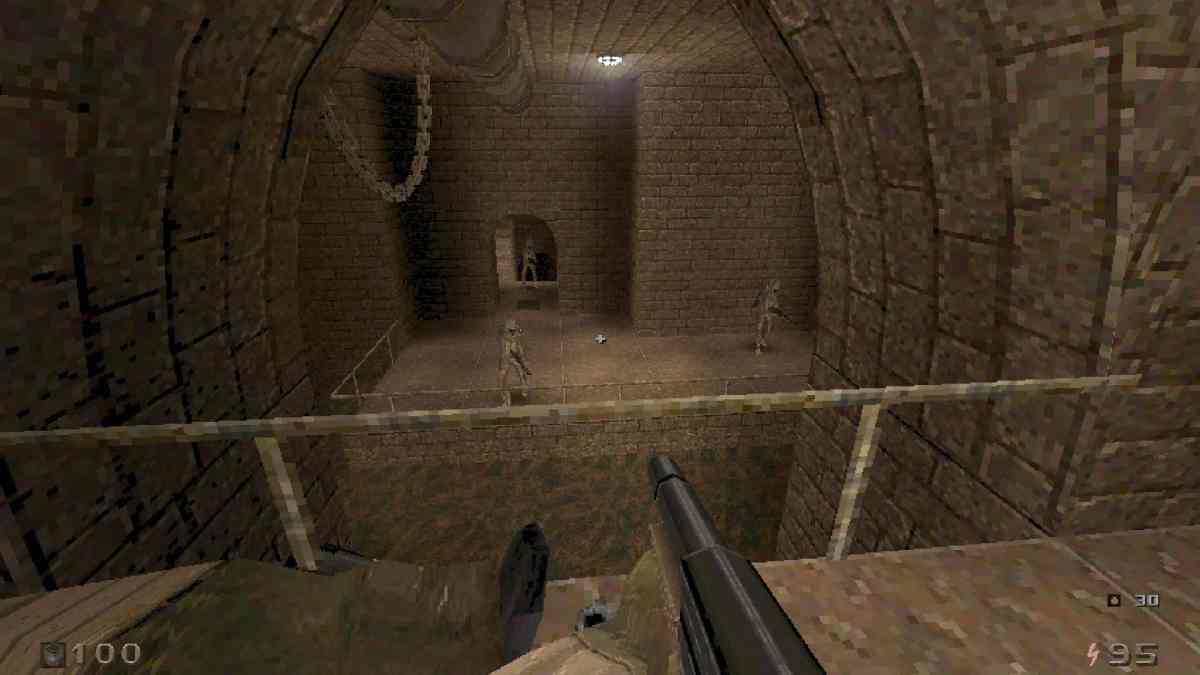 That maze-like design is more than just for aesthetics as well, wonderfully compartmentalizing multiple highs and lows in tight, controlled bursts. There’s a reason even in this demo form that HROT emphasizes its quick save and quick load functions in the key bindings menu — you’re gonna use them a lot. Battles are furious and brief, capturing a solid interplay where every option is viable. Maybe snipe across a river with your pistol, or pop off your shotgun across the room to get a wide spread. Whip out that lightning gun to spray and pray across a squad of enemies, or chuck a grenade to bounce around the corner.

Hit scan and projectile weapons abound, adding a nice skill ceiling to each armament. You don’t just point and shoot, and neither do your enemies. Their bullets have spread, and the little pock marks that ring out as their shots just miss you are your first warning to pick up your visual scanning. Every enemy bark is wonderfully distinct, giving savvy players a hint as to what’s ahead. You might not be able to chainsaw them like in Doom Eternal, but most enemies drop some kind of ammo or health, layering another wrinkle to the meta-strategy of each encounter. 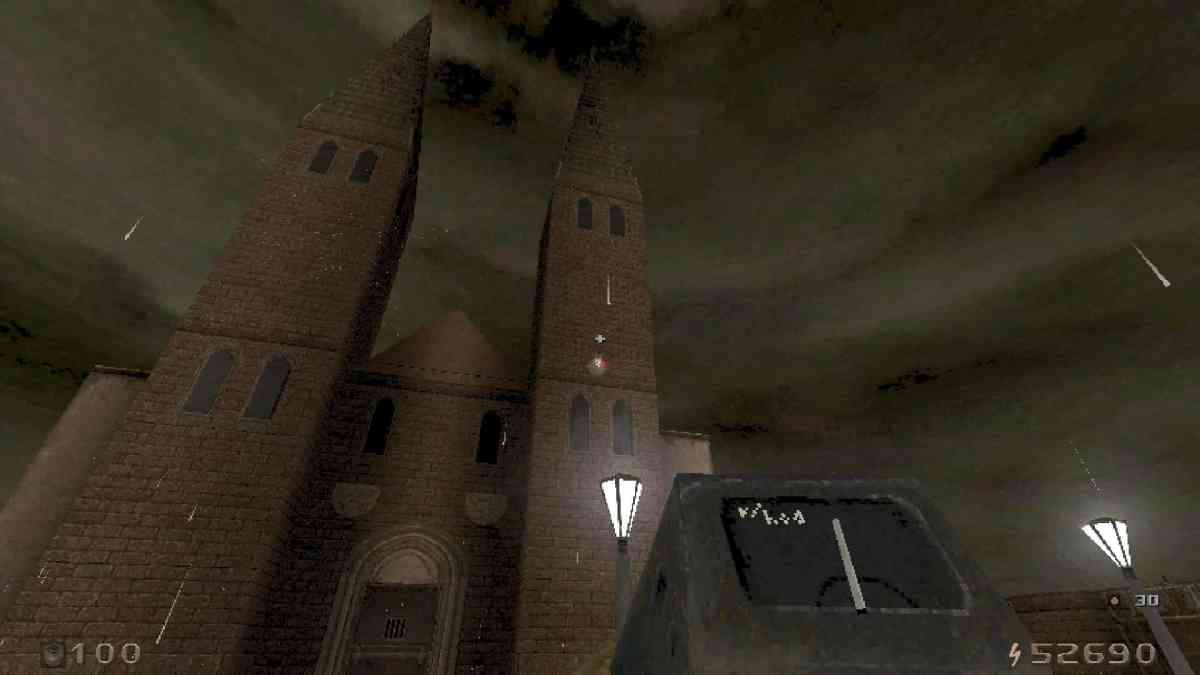 Thankfully this is all built around a whip-sharp control scheme. This might be some of the best default mouse input I’ve experienced in an FPS in a while, letting you dart wherever you need. Hell, the controls for entering and exiting water are, dare I say it, elegant — something I never thought I’d say about any FPS not named Black Ops 3. Even side elements like driving a moped feel tight and polished, letting you pop a wheelie and spin round in a snap. Where Trepang2 found a brilliant blend of modern and retro gameplay, HROT has easily the best mix of control sensibilities.

HROT’s tight controls and clear visuals also lead to some great pace-breaker moments. Sometimes to proceed, you have to explore or solve a basic puzzle, and it takes seconds without any overt HUD display informing you to press F to do something. You just naturally poke around regardless, discovering secrets, platforming vantage points previously unavailable, with organic world-building in the environment art.

In 20 minutes, HROT’s demo displays a cohesive vision not just in gameplay but in every single facet. It most certainly will not be everyone’s favorite. Anyone expecting more cinematic or modernized experiences will doubtless be thrown off by how quickly you die and how little overt context is thrown at you. In my opinion, that’s actually fantastic.

Creating something meaningful often means narrowing your focus, and HROT has that to a T. There’s no attempt at overt ’90s machismo or over-the-top arena shooter elements. HROT isn’t simply trying to make “Quake but X.” It’s a Cold War dystopian FPS with horrific atmosphere to spare and a fistful of frags. HROT knows what it wants to be, presents that without any ego or self-doubt, and nails it. I look forward to playing the final release.