Trepang2 blew our minds out in slow motion, and it’s easy to see why. A self-described blend of F.E.A.R., Splinter Cell, John Wick, Hardcore Henry, and The Matrix, Trepang2 has style and substance to burn. That begs the question as to who could put together this evolving FPS masterwork. We sat down with the project lead, Wilson C. of Trepang Studios, to find out.

Elijah Beahm, The Escapist: How did Trepang2 begin? What brought your team together?

Wilson C.: Trepang2 started as a hobby project by just me while learning Unreal Engine 4 in 2016. I posted the first demo for a game jam in 2017, and it caught the attention of Brandon T. who joined as a voice actor and writer. In 2018 we released the second demo, which was noticed by Kopter, bringing his animation and tech art expertise from working on Payday 2. Our newest member, Brandon M., joined us in 2019, bringing his skills in music composition and community relations. Each time we’ve grown as a team, it’s made a significant impact on the game and the community. Coincidentally, we all started as Half-Life 2 modders back in the day, and the scripting and level design knowledge from those days gives us a lot of common ground.

One of Trepang2‘s standout features is its sound design. How did your team go about creating an audio landscape to both satisfy and inform players with every character bark and gunshot?

WC: Sound design is interesting because we don’t have much sound experience — but that’s our strength rather than a weakness. We try to emphasize important events with loud and satisfying audio feedback rather than following realistic design practices. Most of the gun sounds aren’t made from real guns  — real gun sounds often record dry and uninteresting, requiring lots of tweaking to sound good. So instead we mix lots of loud sounds like explosions, door slams, random foley, so every gunshot has an overwhelming feel to it. We also wrote a system for dynamic reverb, which mixes together different echoes and tails to match the surroundings. (For example, concrete gives off a louder and wetter reverb, while wood gives a dull and dry reverb.)

For voice acting it also took a lot of experimentation to figure out what lines would be noticed and appreciated by the player. For example, enemies like to sneak up on the player, and in the early days this always felt unfair. From the player’s perspective, they’re suddenly taking damage from an enemy from behind with no warning — he might as well have just teleported there. So we added some dialogue to act as a “warning” for the player: Enemies would yell, “Cover me, I’m flanking!” as they’re flanking, and when he finally sneaks up on the player, he’ll yell, “He’s in my sights!” before firing, giving the player some time to react. It makes the enemies look like they’re planning an attack while giving the player time to react. 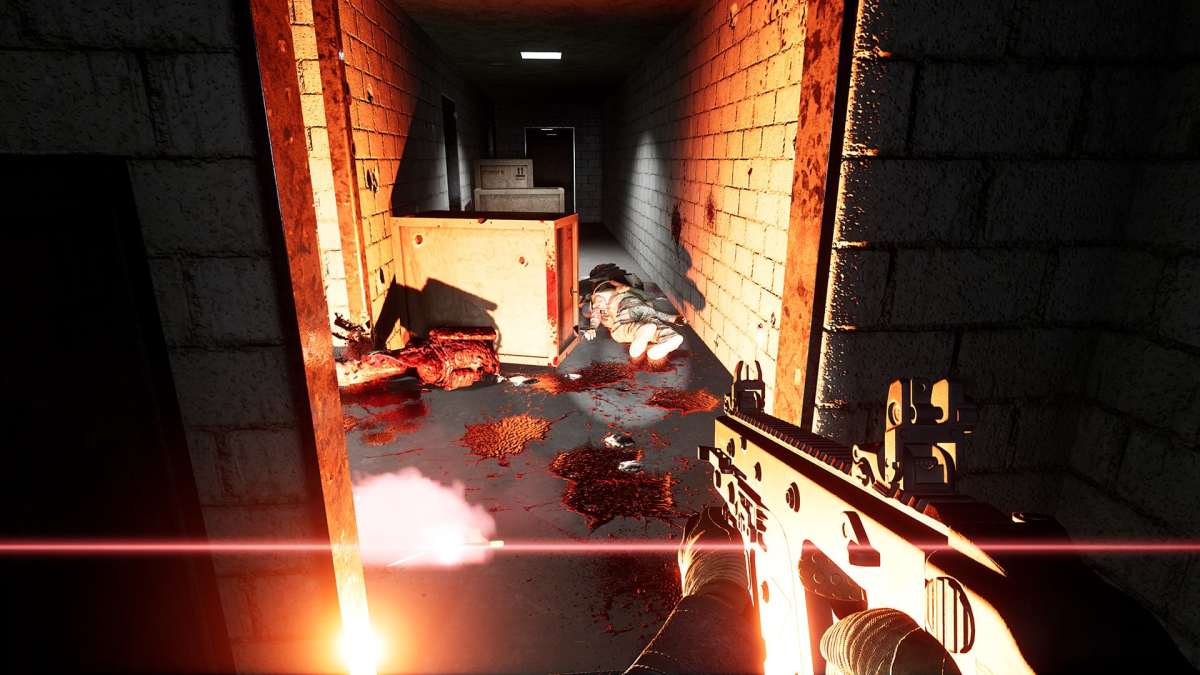 Trepang2 offers a cloaking ability and lights you can shoot out, the sort of gameplay seen in games like Splinter Cell but not many FPS titles. Was stealth always in the cards, and what drew your team to such a retro approach?

WC: Originally stealth wasn’t a feature — neither were slowing down time or melee actually. Those were added in to even the odds because the game was too difficult! When we realized how fun those features were and all the options they opened up, we just kept on expanding. At some point we even tried turning it into a full-blown stealth game, but that got in the way of everything else so we dialed it back a bit. We still have a lot of work left to do with the stealth system to make it more challenging while also giving the player more options.

E: Speaking of developing elements, one aspect only teased at is the game’s story. Can you give us any hints at what players can expect in the full campaign?

WC: I’ll tell you what we have confirmed. After the player gets out of the facility in the demo, he gets recruited by the people who rescued him, and they’ll take him on missions all over the world. There will be lots of enemies, some supernatural.

E: Intriguing! Why release a demo so early into development?

WC: We want to be honest and transparent, plus the feedback is super important to us. We didn’t want to go the route of flashy trailers and overpromise. Trepang2 is all about the gameplay anyways so trailers don’t do it justice, and we’re confident that it’s fun even at this stage. 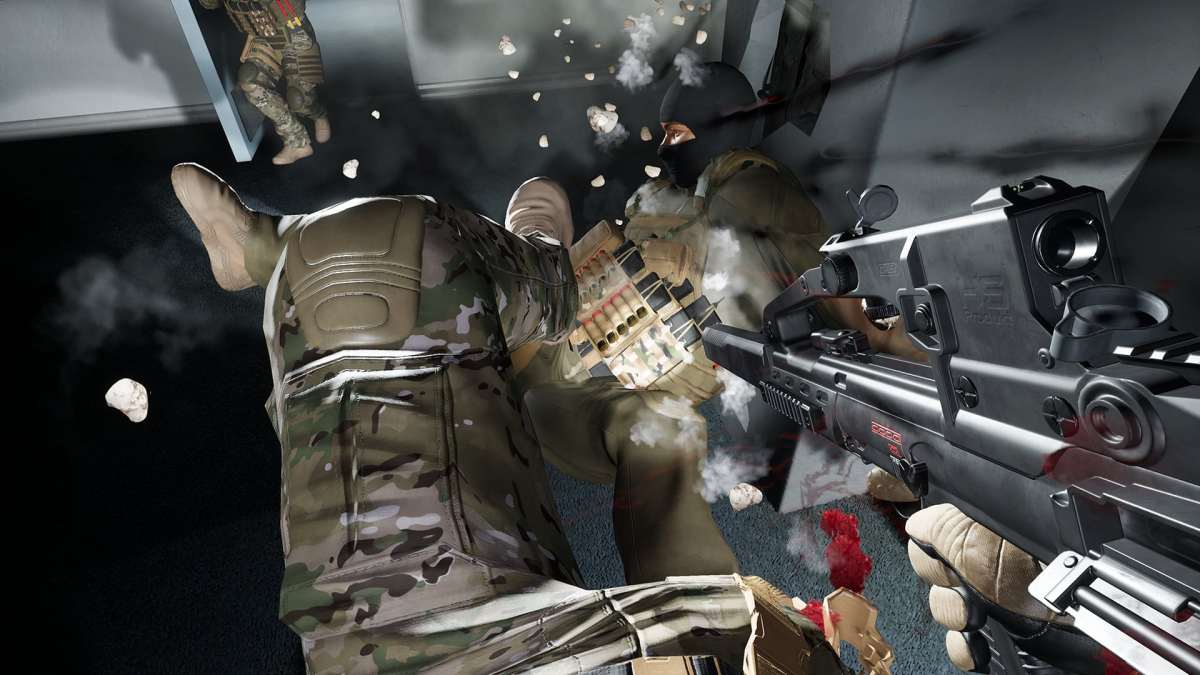 That’s for sure. How has the demo’s reception shaped Trepang2 going forward?

WC: It’s super encouraging to hear all the kind words and praise. As a team it’s satisfying to hear people like it so far — it keeps us motivated to make the next milestone even better. It’s also good to know what kind of gamers are into this niche and how we can make a better game for them. We’re always listening on social media to what gamers have to say about Trepang2. We watch a lot of streams and “let’s plays,” taking notes on what players liked and didn’t like, figuring out how we can make it a smoother, more intuitive experience.

With players hungry for more, is there any chance they’ll get another taste of what’s to come later down the line?

WC: We’ll see if we can get another demo out later this year — but if not, it may be a bit later. We’re always posting media updates to our social media (Twitter and YouTube), and if you catch us on our Discord channel we’re always happy to talk about the game.

What do you feel is key to achieving a game of this caliber as an independent team?

WC: Having a small independent team has its pros and cons. We definitely don’t have the manpower or budget of a AAA title, but we are much more agile and focused. We experiment a lot, and if something doesn’t work or feel fun we can quickly change it and adapt it to be better. We focus on what’s important and noticeable by the player to avoid falling into the trap of spending too much time on minor details. We give ourselves short-term and long-term goals so we always have something concrete to work towards, (for example), a public demo. All four of us go on social media and Discord to chat with the community, which gives us a good understanding of our demographic and also keeps us motivated. 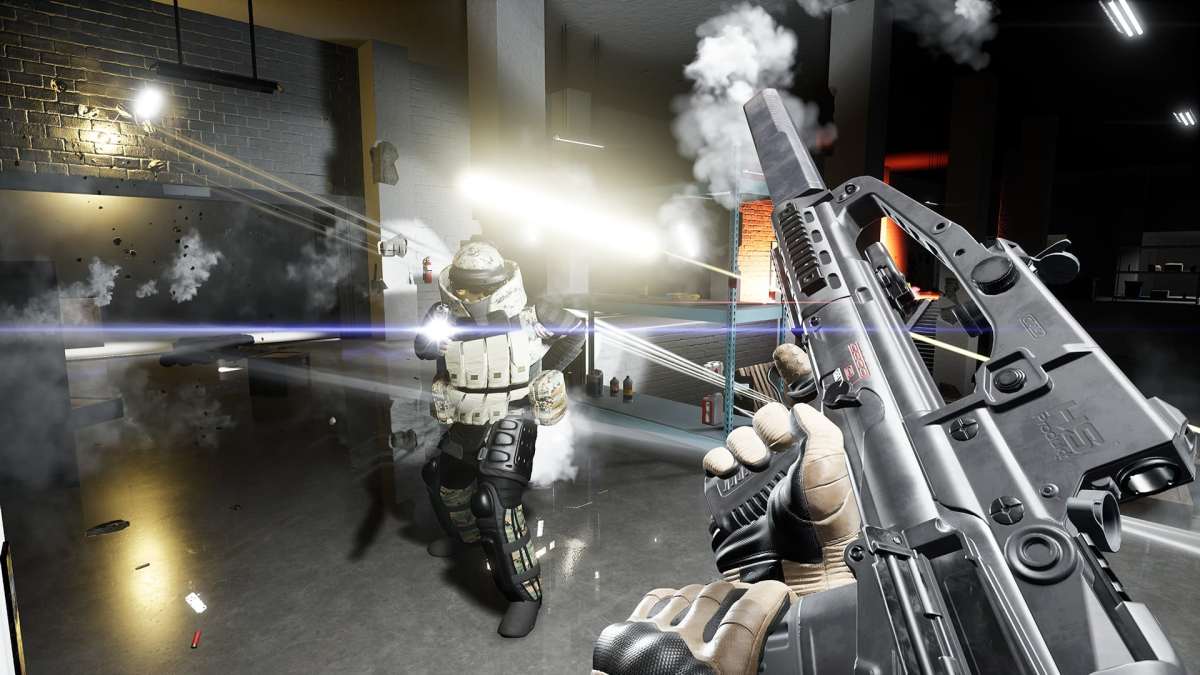 Why do you think there’s such a surge in interest for ’90s/’00s-style FPS titles of late?

WC: I’d say it’s more than nostalgia, to be sure. Games back then were more about fun, while modern games try to be “cinematic” experiences. We don’t really like the heavily scripted cutscene approach of modern games, and as an indie we have to focus on gameplay because we just don’t have the resources to make hours of cutscenes.

However, Trepang2 doesn’t really fall into either category; we try to combine the best ideas of modern and retro games. Trepang2 has intuitive controls, advanced AI, (and) shaders and lighting of a modern game while having the simple action-packed fun of a retro game.

What does “Trepang2” mean?