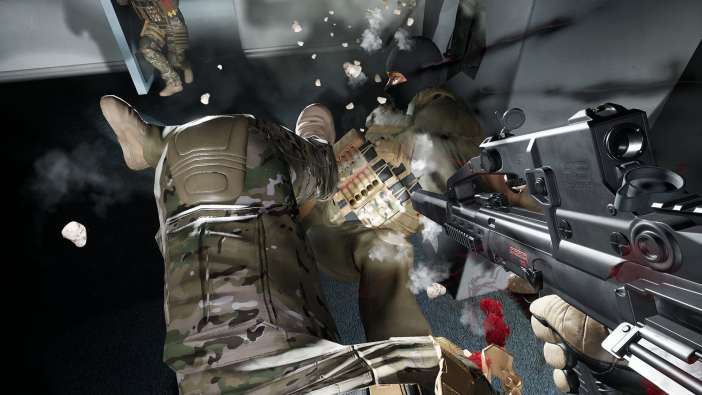 Countless times in this industry, we’ve been promised that a new game will capture the spirit of a long abandoned inspiration. It’s safe to say that F.E.A.R. qualifies as abandoned, and the promised resurrection is coming in the form of Trepang2, featured today at The Escapist Indie Showcase. While so early in development that the current playable demo only boasts two proof-of-concept chapters and some survival maps, Trepang2 has a better grasp of presentation, design, personality, and accessible depth than most major AAA productions. For something to feel this tightly executed with still visible placeholder assets is astounding.

The story is simple: You’re being held captive by an evil corporation that “took everything from you,” and it’s time for payback. Everything else is communicated purely through intercepting enemy comms while you unleash your lethal mix of stealth and gunplay upon whomever gets in your way. Where F.E.A.R. made you an action hero caught in a horrific nightmare, now you’re the monster lurking through the dark. Bullet time and cloaking are both available to you, as are destructible lights, breakable parts of the environment, ninja-like slides, and melee attacks.

Trepang2 doesn’t let you have it easy, throwing relentless hordes of gun-toting mercenaries at you, flanking and countering. Knock out enough lights and they’ll throw up flares while converging on the source of the noise. Ambush them and they’ll hysterically call out your position on comms as they adapt to your strategy. Hold up too long and they’ll flush you out with grenades and flanking from behind. Despite how tight the office complexes you fight in are, there’s more flexibility to these levels than in some arena shooters. 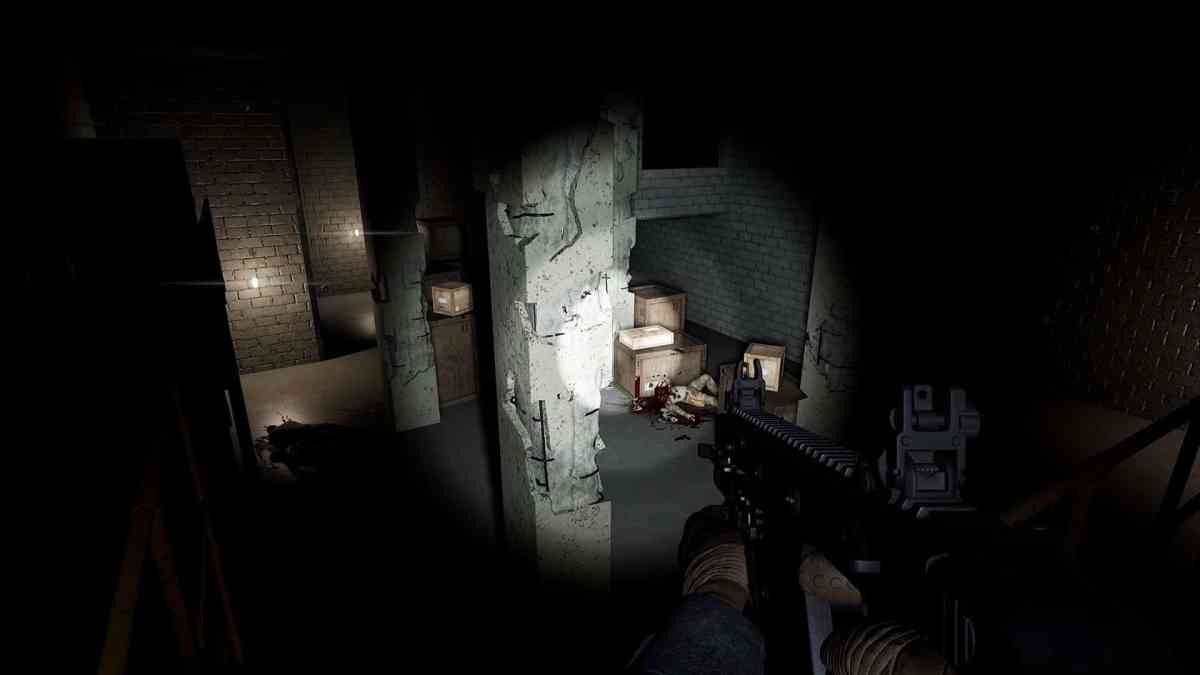 Not resting purely on tactical shooting alone, an improved gore system can send enemies flying, torn limb from limb, by a well-placed shotgun blast. The strobe effect of gunfire through the darkened halls is an ethereal light show, as dazzling as it is deadly. Superb sound design evokes Criterion’s BLACK, making every gunshot, kick, and explosion pop like a pyrotechnic masterpiece. As bombastic as it is atmospheric, I’m eager to see what other environments Trepang2 has in store for the future.

A small but key detail I personally love is how bullet time invokes a lower resolution, as if the world’s being presented through a VHS tape. Not only does it capture the look of early 2000s FPSes, but it potentially hints at there being greater narrative meaning to the source of your powers. Bullet time’s in good company, as Trepang2 brings back cheat codes in a big way. Just turn them on in the pause menu anytime, anywhere — everything from big head mode to infinite health. There’s even a touch of Perfect Dark to the health system, with armor dropping from fallen enemies while health packs are sparsely spread across each level.

The only thing that holds Trepang2 back is that it’s clearly very much still in development. The voice acting is clearly a placeholder, the name currently makes no sense, and how Trepang Studios plans to keep things fresh over a multi-hour experience with all its gameplay cards seemingly already on the table raises questions. Not doubts or worry mind you, but with its gameplay-first approach to advertising itself, it’s a curious situation as to how the final product will knit this all together. For now though, Trepang2 is worth keeping an eye on and, if you have a PC capable, giving the early demo a whirl.