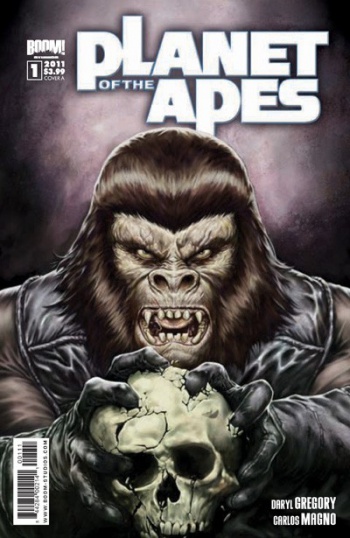 Humble Bundle and BOOM! Studios have released a bundle of 95 comic books, including everything from Dead Letters to Planet of the Apes.

Humble Bundle isn’t just about offering heavily discounted pay-what-you-want video game deals anymore; it’s sharing the love with comic books as well. Starting with Image Comics before making its way to Dynamite, Doctor Who, and even Transformers, the company has provided several collections that in some ways feel bigger than the game sets themselves. The latest is no exception, as a partnership with BOOM! Studios will offer no fewer than 95 comic books, ranging from adaptations like RoboCop and Planet of the Apes to original books like Day Men and The Midas Flesh.

As always, the Humble BOOM! Bundle provides multiple payment tiers based on what customers are interested in. The basic tier covers 39 issues, including the Curse, Day Men, Dead Letters, Evil Empire, Hit, Imagine Agents, Sons of Anarchy, RoboCop, and RoboCop: Last Stand. Paying above the average adds stories from Hacktivist, Mouse Guard: The Black Axe, Planet of the Apes, Six-Gun Gorilla, Translucid, and The Woods, while throwing in $15 nets Bee and PuppyCat, Bravest Warriors, Lumberjanes, and The Midas Flesh.

We could go on for pages about each series, but needless to say that with 95 issues worth of content, there’s something here for just about everyone. Interested in werewolves and desperate bounty hunters? Check out Curse. Like 1950s gangsters and hitmen? Try Hit. How about science-fiction with a dash of ancient mythology? Look no further than The Midas Flesh where entire planets can turn into gold. Or you can go with what you know: Adaptations of RoboCop, Planet of the Apes, and Sons of Anarchy.

The Humble Boom! Bundle runs until August 20th and, if it’s like other bundles, will see new issues added at the halfway point. Regardless, it will probably fill up your digital comics queue for some time, and may even introduce you to a new favorite series along the way.

Russian Hackers Have Stolen Over A Billion Internet Passwords