I don’t often feel normal. Not in the consumer sense. Not as far as games go. The games I’m most interested in playing usually show up at my door before I have time to buy them. And lately I’ve been nabbing the systems as soon as I can, too, so I can play the games getting shipped to my door. So I don’t do a lot of shopping, games-wise, and when I do it’s usually more about wanting to get out of the house and discover a hidden gem than about having to find that one perfect thing.

But this weekend, I felt normal. I felt like Clark Kent after the red Kryptonite chamber, denuded of my powers and helpless before the onslaught of post-Christmas supply shortages. I felt weak and mortal. And I don’t like this. I do not, as Trent Reznor says, want this.

This weekend I decided I wanted a Nintendo DS. I’d been resisting the urge for some time, mainly because I just don’t game on the go like I used to. I own a GameBoy SP, but I never use it. Even when I carry it on a plane with me it usually sits in a pocket unused while I thumb through Esquire or read a book or stare at the ceiling waiting for the fat guy next to me to stop coughing, shaking the aircraft so badly my eyeballs lose focus. But I’ve got a lot of trips planned in the next few months, and thanks to my burgeoning Puzzle Quest obsession and some nifty tricks I learned from Pat Miller’s article in tomorrow’s issue of The Escapist, I think I’m finally ready to give a DS a good home.

So I set out Friday morning, just hours before boarding a plan to Texas, to do just that. Armed with a wallet full of plastic representing bank accounts I assumed were full of cash and a will to shop, I hit the local Gamestop, or, as I like to call it, “The Worst Damned Store on the Planet.” Picture a room the size of your kitchen. Now picture it filled with shelves full of games in no discernible order. Now imagine 20 or so women with baby carriages wedged into the precious empty space between displays and shelving units. Imagine trying to casually browse those shelves and displays for something rare, wonderful and unusual, like you would at a used book store. Now imagine never once finding anything of the sort, or, for that matter, anything you’re actually looking for at all. That’s my local Gamestop. I avoid it when possible.

Last Friday, however, I was on a mission. I had to get a DS, and if anyone was likely to have it, I figured the Gamestop was it. After all, this was the place where I nabbed a Wii just by walking in and asking for it. The DS, however, despite having been on the market for over two years, seems to be a different beast altogether.

The store was blessedly empty, which meant I could spend more than 10 minutes inside without having an anxiety attack or getting trampled by a herd of baby carriage-o-sauruses. I picked up a copy of PQ for DS, then spent a good 10 minutes going over my color choices. I decided a black DS would be just the thing to compliment my lifestyle, and I told the helpful counter monkey as much.

“We don’t have it,” he said. This, in spite of the fact several empty display boxes were prominently displayed on every available surface.

OK. I’ll settle for a white one.

“Don’t have it. We’re out of all of them.” And so it began. According to the counter monkey, they were expecting a handful on Tuesday, but also expected them to fly off shelves. They hadn’t been able to keep them in stock since before Christmas.

I jogged across the promenade to the F.Y.E. where the song was the same, but with a different refrain. They’d just sold their last DS a few minutes before I arrived, and didn’t know when they’d get more.

“You can get them for a few hundred dollars on eBay,” suggested the Cro-Magnon stock boy. “Or wait for us to get one, then sell it. That’s what I’d do.”

I was suddenly curious to whom, exactly, they’d sold their “last” DS. Undaunted, I soldiered on. Next to Target, where, in spite of a friendly greeting from a rent-a-cop, I discovered no DS units. The retail rat merely shook his head when I asked the question, saying more with no words at all than even he suspected. 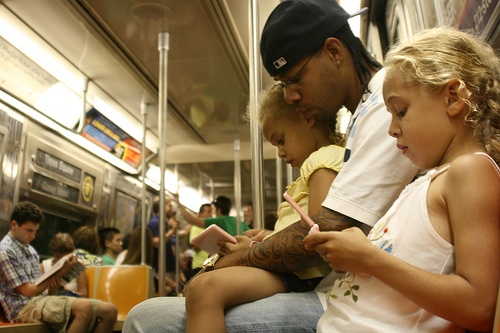 On to Best Buy, where the sad, lonely game area employee looked deflated before I’d even gotten the letters “Dee Ess” out of my mouth. He knows how many they could have sold if they’d been on shelves. He’s answered the hopeful enquiries of would-be DS shoppers with devastating “No’s” more times than he can count. He’s a veteran of the After Christmas Campaign, and his 1,000-yard stare would rival that of any of the Lost Generation. Best Buy has been in enemy hands since the two weeks before Christmas. They aren’t expecting reinforcements until February. The rear echelon insists they hold the line. Hold the line, boys. Hold the line.

And so, after an hour and a half of fruitless shopping, I was forced to board the plane DS-less. It was a crushing defeat. And yet, undaunted, I saw this as an opportunity to search an entirely different area’s retail jungle for the elusive hand-held. Hours after arriving in the Dallas area, I began hitting stores. I felt once again like a superman. If my local shops wouldn’t serve me, I’d fly somewhat less faster than a speeding bullet to another part of the country and shop there. It was, I thought, a foolproof plan. I was wrong.

It turns out Texans are just as hungry for the DS as anybody else. I tried four more stores, all of which gave me the same company line: Sold out. Have been for weeks. Don’t know when this will change.

How could this happen? I felt like I’d missed the most important game-related story of the season, and perhaps I had. A three-year old handheld unit is sold out everywhere, for weeks, while PS3s sit on shelves collecting dust. Since when did the hand-held market define the videogame industry? Since now, apparently, and the revolution has gone unnoticed by those of us on the inside, who’ve been harboring our next-gen grudges and polishing previews of games few people care to play. We may have captured the pulse of the hardcore demographic, but the hardcore isn’t the heartbeat of the industry any more. We’re no longer supermen. Now we’re just Clark Kents. Maybe we’ve got the girl, but we’ll get our asses kicked in the diner. And we won’t, no matter how many stores we try, find a DS the month after Christmas. The best I can hope for at this point is to find one before February, and even that looks dicey.

As I sat in airports, on airplanes and in my mother’s house, desperately needing some way to distract myself from the deafening chatter, the droning jet engines, my brother’s kids and my own abject failure to predict the season’s most sought-after game console and a hardware shortage, three years post launch, I wondered how the supermen had become mere men, why we’d missed the biggest story of the holiday season, and just who exactly was buying all these Nintendo DS machines.

On a plane from Raleigh to Kansas City, I saw a lady of not insignificant years playing an original DS. At an airport, waiting for a connection, I saw a little girl with a pink DS. Across from her sat a grandmother, perhaps her grandmother, playing a brain training game on a black DS Lite. My black DS Lite. These are people I’d never imagined would be playing games a few years ago, yet there they sat, tapping away at their hand-held devices as casually as working a crossword puzzle.

It’s the dawn of a new era. Humility suits you, Superman. Now get back in there and fight.

Russ Pitts is an Associate Editor for The Escapist. His blog can be found at www.falsegravity.com.