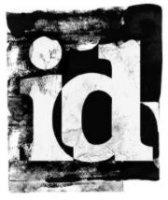 In a first for id, the new engine will not be named after the game it was built for. Instead, it is called simply “id Tech 5.”

Introducing the technology, John Carmack said, “So the last couple of years at id we’ve been working in secrecy on next-gen tech and a game for it … this is the first time we’re showing anything we’ve done on it publicly.”

“What we’ve got here is the entire world with unique textures, 20GB of textures covering this track. They can go in and look at the world and, say, change the color of the mountaintop, or carve their name into the rock. They can change as much as they want on surfaces with no impact on the game,” he added.

According to the id website, the new technology allows for nearly unlimited visual fidelity. In combination with a new suite of design tools, id Tech 5 will allow the creation of games with vast yet unique outdoor landscapes, while will having indoor environments with unprecedented detail.

“We’re going to be showing on a Mac, PC, PS3 and Xbox at E3; we’ll have another Mac announcement at E3,” he added.

Screenshots from id’s new engine, as well as more WWDC information, is available at Engadget.