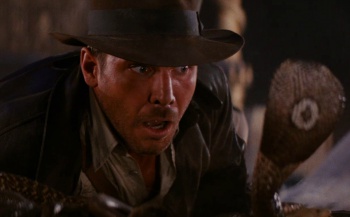 Harrison Ford is getting up in years, but Disney has still invited him back to reprise his role as Indiana Jones in the fifth installment of the profitable movie franchise.

I guess after Disney purchased Lucasfilm and brought us a new Star Wars, it was only a matter of time before we got a new Indiana Jones film. And sure enough, Disney has announced Indiana Jones 5 will be coming to theaters on July 19 … 2019.

To top it off, Harrison Ford will be back as the iconic archaeologist, despite being over 70 years old. Steven Spielberg will again direct, and Kathleen Kennedy and Frank Marshall will co-produce. And apparently George Lucas will not be involved in the project.

“Indiana Jones is one of the greatest heroes in cinematic history, and we can’t wait to bring him back to the screen in 2019,” Alan Horn, chairman of Walt Disney Studios, said in a statement. “It’s rare to have such a perfect combination of director, producers, actor and role, and we couldn’t be more excited to embark on this adventure with Harrison and Steven.”

The casting for the film has yet to be determined, but Chris Pratt has been mentioned as a possibility as the next Indy, so it will be interesting to see if he is cast for the film in an heir apparent role.

The four previous Indiana Jones films have grossed more than $2 billion worldwide since Raiders of the Lost Ark debuted in 1981. The fourth installment in 2008, Indiana Jones and the Kingdom of the Crystal Skull, holds the box office record for the franchise, garnering more than $317 million domestically and in excess of $786.5 million globally.

Lucasfilm has previous acknowledged that a new film was in the works, but no details were divulged.

While Crystal Skull did well at the box office, fans of the franchise were generally disappointed with the film. Here’s hoping the new one will be more like the original Raiders than Crystal Skull