To wrap up our Indie Developers Showcase, we asked the developers involved to pitch us a hypothetical game concept based off a simple premise: “You are a passenger on an airplane.” These were our favorite picks of the bunch.

Maybe it’s not the grandest scenario out there, but hey – “you play around with sticky slime” doesn’t sounds all that epic on paper, and we all know how that turned out. It’s interesting to see how varied the different answers were, too – none of the responses were quite like any of the others. Here are some of our favorite “Game on a Plane” concepts:

“First thing that comes to mind? Airplane Baby Silencer. You’d be a stowaway on a red-eye flight that needs to keep babies from waking up and crying, lest you be caught. You’d have to maneuver through the aisles, finding bottles, pacifiers, and jangly keys to get them to the right babies before time ran out, while avoiding stewardesses and the snack cart … and maybe snakes.” 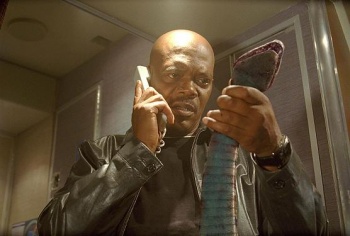 “You are a passenger on an airplane. You have one mission, and only one flight to complete it. Look around and choose your target carefully.

“Yesterday, you were nobody. Tomorrow, you will be part of an elite, secret cadre spread all around the globe.”

“The Mile High Club is waiting.”

“Ok. One passenger has a disease. And the only cure is – match-three-color popping! Each row and column on the plane allows you to slide passengers into optimal seating placements, arranged by color of their skin for maximum combo points. If you pop a hidden flight deputy, it pops all of the same color, and you get a power up gun. Flight staff occasionally drop little plastic cups filled with ice and diet coke to some seats, to quadruple their value for a short time – but it’s not as often as you would like. And you have to be careful not to pop the pilot.”

“Okay, there’s a villain who wants to blow up the plane … if he doesn’t get some small plastic car that is in the possession of a little boy – but he refuses to give it to him. You must communicate with the passengers, solve some puzzles and barter things among them to finally get all the things the boy demands in exchange for the car.

“At the end it won’t work anyway, but luckily the villain’s dynamite was only fake. Hmm … it doesn’t sound very funny.”

“You’re a passenger on an airplane, flying at high altitude. The emergency lights flash on and an announcement explains that all rudder control has been lost. The engines are still working, which is why the plane’s still up in the air, but without any way to change course, you’re all as good as doomed.

“You, as the unlikely hero, have only one resource at your fingertips: airline food. By serving exquisitely crafted 1st class meals to the panicked passengers, you can steadily fatten them up, thereby causing the plane to tilt where the weight is most focused. If you feed people at the front of the plane, the nose will point downwards and you’ll lose altitude. If you balance this out by feeding people at the back of the plane, you can bring the nose back up to gain altitude.

“After a while, your passengers will start getting so fat that the plane will lose height regardless of which way it is pointing. By serving them food from economy class you cause them to be steadily sick out of the window (you can do that in the future, or something) thus relieving them of any weight they may have gained. This will make the plane much lighter, but be aware that your puking passengers and anyone near them may not feel like eating again for quite a while.

“By using these tools to tip the plane down, up, left, or right, you can guide it through a number of obstacles (small focused thunderstorms, flocks of birds, mountains, etc) until you reach your destination and land safely.”

“Along the way, if you’re quick enough, you can guide the plane to pick up military food drops which will give you special abilities. Light and fluffy soufflés will allow you to shift the weight of the plane and gain altitude, while a thick and stodgy black pudding will add so much density to your passengers that they will actually collapse in on themselves, causing a wormhole to open up and transport you forward a few hundred miles.”

“Extra points for aerobatics and vomiting over highly populated areas.”

“The plane is hit by a large EMP blast, splits in two and lands on an uncharted tropical island. You survive with a few of the more interesting passengers and spend the next five years becoming involved in more and more ludicrous plots.”