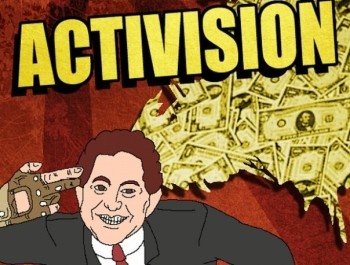 There’s been a very interesting conversation taking place in the “Gamers Against Bobby Kotick and Activision” Facebook group, where Dan Amrich, Activision’s “Social Media Manager,” decided to set the record straight about a lot of what’s been going with the Infinity Ward debacle. He offers up some very interesting opinions and information, not least of which is the fact that the bonuses owed to West and Zampella will instead be divvied up among the employees who still remain at the studio – and who didn’t engage in any kind of corporate hanky-panky.

“Vince and Jason had very large bonuses; those bonuses are being redistributed to everybody else, to the people who did not allegedly attempt to steal company secrets,” he wrote. “Activision is not pocketing that bonus money; it’s still going to the people who work at IW. But you have to work at IW to get it, see? 🙂 I don’t want to see talented people screwed out of a paycheck any more than you do.”

He also suggested that much of the intense anger being focused toward Activision has more to do with a strong dislike of CEO Bobby Kotick’s style than anything the company has actually done. “I really do believe it’s the stuff Bobby has said that either came out wrong or was taken wrong,” he continued. “I think the comments about ‘skepticism and pessimism and fear’ and ‘taking the fun out of video games’ are the flashpoints.” And while he wishes that Kotick wouldn’t “shoot from the hip” quite so much, he added that a lot of what the CEO says, is “willfully misinterpreted.”

Will Amrich’s initiative do anything to smooth the waters? A few people have responded positively to his entry into the fray, while others appear put off by his seemingly cavalier attitude about denying former Infinity Ward employees their bonuses; most, however, are just venting about whatever it is Activision’s done recently to piss them off personally. I don’t expect many hearts or minds to change but props to the man for his willingness to walk into the lion’s den. See the show for yourself (it’s actually a really good read) on Facebook.