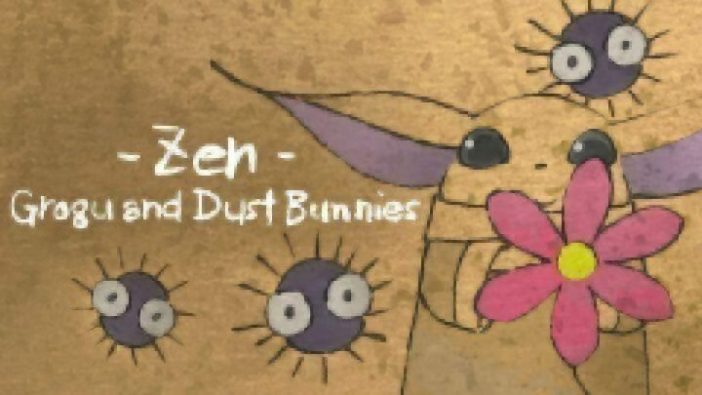 Lucasfilm and Studio Ghibli are two of the most celebrated studios in the world, and for years, it has been a dream that the two would team up, especially for a crossover involving Star Wars. And recently, that dream came true. Yes, there is in fact a Studio Ghibli Star Wars crossover short film already available on Disney+, called “Zen – Grogu and Dust Bunnies.”

There Is a Studio Ghibli Star Wars Crossover: “Zen – Grogu and Dust Bunnies”

“Zen – Grogu and Dust Bunnies” was released on Disney+ on November 12, 2022. It’s a 3-minute-long hand-drawn short film about Grogu meeting the Dust Bunnies, or soot sprites, directed and animated by Katsuya Kondo, who is most famous in the West for his character designs for Kiki’s Delivery Service, as well as animation on several Ghibli films.

This is the first widely released 2D animated project from Ghibli since 2014’s When Marnie Was There. Since then, the studio has intermittently worked on 3D films, a 2D short only released at the Ghibli Museum, and an upcoming Hayao Miyazaki film titled How Do You Live?.

Many were hoping after the vague initial tweet teasing the Lucasfilm collaboration that the Studio Ghibli crossover would be for a Star Wars: Visions episode. That is a series where several Japanese animation studios were given free rein to create TV episode-sized Star Wars shorts, and it will be returning for a second season.

Seeing a full Star Wars story in the Ghibli style could have been fascinating given the stories Ghibli directors like to tell — thoughtful, slow-paced stories about everyday people — but for now, it doesn’t look like a Visions episode is in the cards.

As for what we got, “Zen – Grogu and Dust Bunnies” is a cute, albeit tiny collaboration with a minimalist art style. This doesn’t rule out any future collaborations between the two companies, but for now, we can rest assured that Grogu and the Dust Bunnies have met.