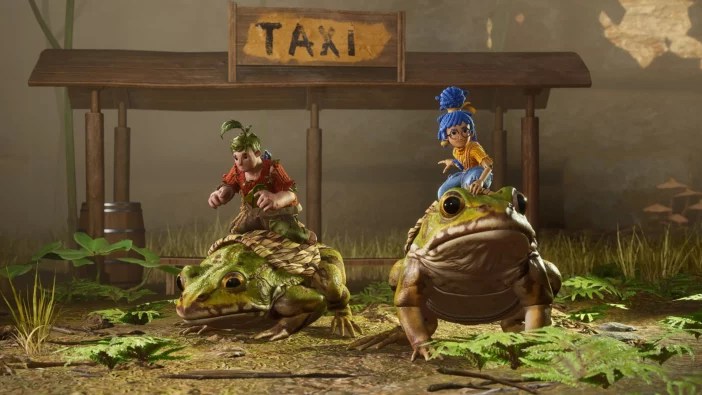 The It Takes Two movie adaptation (yes, there’s a movie being made) just got a big kick into gear as both Amazon Studios and Dwayne Johnson’s Seven Bucks Productions have boarded the picture. That puts a lot more clout behind the movie than just dj2 Entertainment‘s money and signals that the film may be looking to either be a blockbuster theatrical release or cornerstone content for Amazon Prime.

With Dwayne Johnson, Dany Garcia, and Hiram Garcia all producing on behalf of Seven Bucks, the obvious question is if Johnson himself will star in the film. Variety is reporting that the actor could indeed star but that nothing has been decided yet. If Johnson does play one of the film’s two leads, that would be a far shot from the original game’s everyman character, Cody, who is going through a divorce with his wife May when they are both sucked into dolls that their daughter made of them and have to go on a series of adventures to escape. The It Takes Two story itself is prime for a movie as it focuses on partnership and heartwarming family matters, but Johnson, while charming, is a bit hulking to feel like an everyday person.

Pat Casey and Josh Miller are adapting the game for the screen, which brings even more hope. The pair wrote both Sonic the Hedgehog movies, and if they can get heartwarming, human tales out of a blue hedgehog and Jim Carrey with a moustache, then imagine what they can do with a premise not based around going fast and collecting rings. There aren’t too many other details on the movie yet, but the biggest question is if it will be live-action, animated, or a mix of both. The “toy” aspect obviously lends itself to animated and the original game had a claymation feel to it, so maybe they’ll end up in that direction.