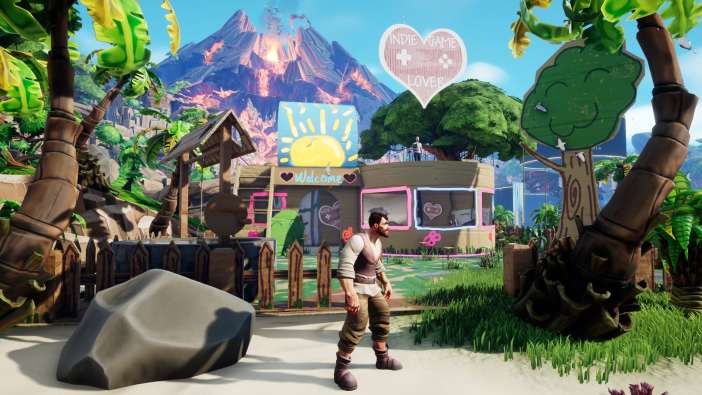 As most of you would know, navigating through virtual shops is surprisingly hard. Fifty little icons fill up a Steam screen, each vying for your attention with bright bursts of color. Nintendo’s eShop lags on each game selected, making it hard to sort through large quantities. With hundreds of new games releasing every day, the information overload is enough to put some people off entirely, sending them back to playing an old favorite instead. A new format is clearly needed, and IWOcon 2021 is a bold attempt at giving indie games greater visibility. Hosting a gaming convention within a tropical 3D platformer, the “digital convention app” gives players a whole new way to discover games.

IWOcon 2021 sits in an awkward space between being a game itself and hosting advertisements for other titles. After choosing a cartoon pirate to control, the player makes their way through a chain of islands, each full of different company booths to explore. Stepping into a booth loads a video of the game being shown off, along with providing quick links to the game’s Steam, website, and social media pages. Booths visited are ticked off on a pirate map, helping the player orient themselves and ensure they get to visit everything that interests them. In-between booths, the player has a rather extensive move set for exploring the islands, with walking off the beaten path often rewarded with treasure.

The core idea of popping from booth to booth is really lovely. Many of them have nice personal touches, like offering an item like a hat for your pirate to wear, or displaying beautiful concept art around the video player. A huge range of games and services are on show, from shooters to adventure games to software that manages dialogue trees. My favorite booth was for a game called Dream Engine: Nomad Cities, which had a little scale model of the kinds of cities built in the game, along with the developer himself explaining how the game worked. I watch a lot of game trailers in this line of work, and having them presented with such care really helps sell the concept. 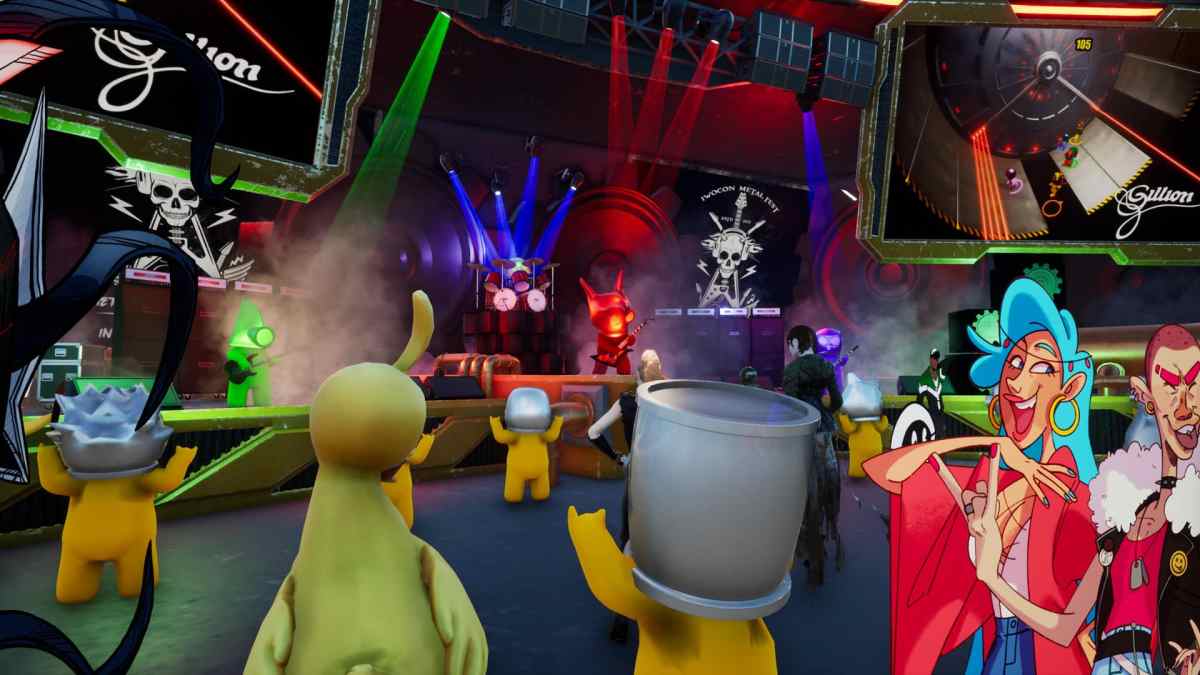 Platforming around the islands was less effective, with my pirate often getting stuck in the geometry of the world or headbutting unclimbable walls. Where you can and cannot go is not clear, especially when treasure is hidden in hard-to-reach places. A dedicated key takes the player back to the start of an island, so you’re never stuck for long. But after the first few attempts I gave up on searching for hidden treasure.

The visual identity of IWOcon 2021 is a bit confused. The big focus is on a bright, cartoony pirate adventure in the vein of Sea of Thieves, but the booths often clash with the island décor, all shiny and metallic. A handful of booths fit in, a vine twisted around a monitor or plush cats sitting in a field, but most stands would look more at home at E3 than a deserted island. A catchy soundtrack of pirate-themed songs makes for good adventuring background noise, but it’s a bit annoying when trying to watch the videos. The music turns itself back on every time the player travels to a new island, giving no option to turn it off entirely. 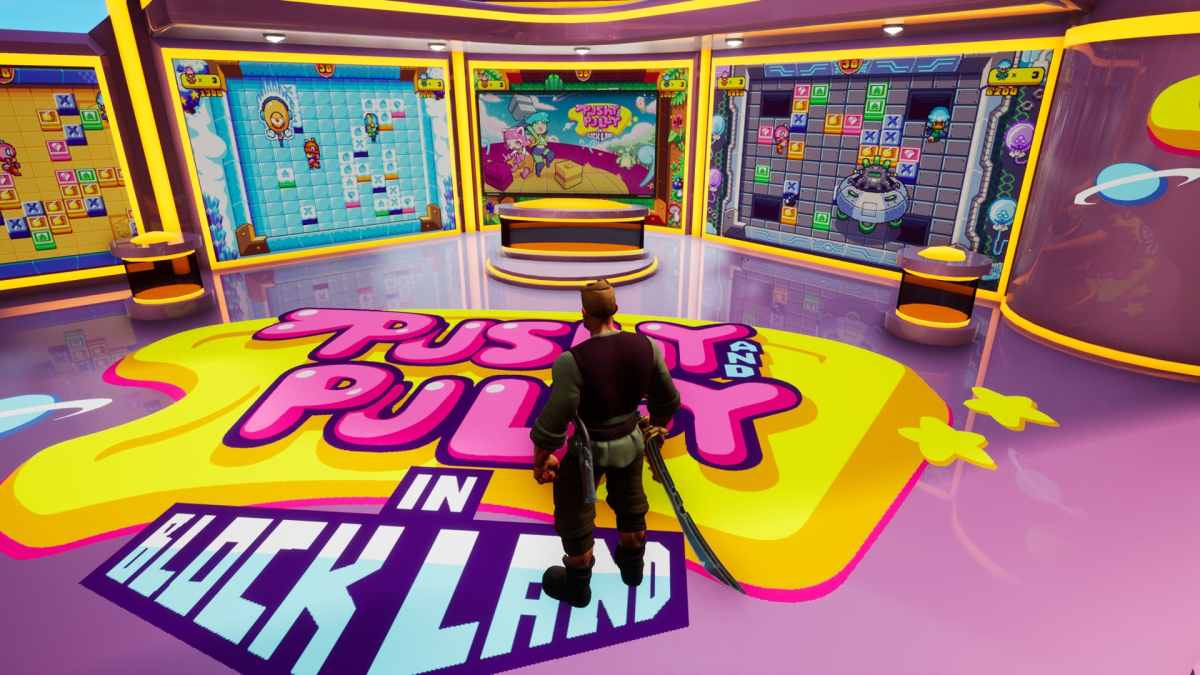 Technical issues, unfortunately, dampened my enthusiasm for the experience overall. Videos taking a long time to load cannot really be helped — most of them stream from YouTube, which is a bit slow on my connection — but when a video stopped to buffer, the whole thing would begin again from the beginning. Watching the same five seconds of a video on repeat does not show a game in its best light. Despite my computer being well above the minimum requirements, performance was slow and juddery, even when turned down to the lowest, Nintendo 64-esque settings. The button to bring up a booth’s game on Steam was fantastic when it worked, but it caused such a big crash after a few wishlists that I had to hard-reset my computer.

These issues are such a shame, since when IWOcon 2021 works, it works really well. It will still be a while before we can have big flashy video game conventions again, and this digital format opens up the experience to people all over the world. I would love to see the idea expanded further for 2022, preferably with lower system requirements and more in-game information for the booths. Collecting virtual flyers, chatting with developers as NPCs, perhaps even including a few merchandise stores would give the experience a more festive feel.

Despite its issues, I still feel that IWOcon 2021 is worth a look. The game is free and shows off a bunch of really exciting titles in a unique format. Over the next few days live streams and competitions will be happening within the game too, making it a very relaxing start to a long weekend.