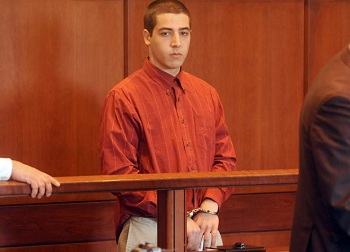 A teen has been arrested for allegedly threatening to shoot up his school after commenting in an MMO.

Funny thing about the internet, nothing ever really goes away. While MMO chat usually is little more than irritating banter, things stand out occasionally. When someone chatted “I’m shooting up my school tomorrow” in “an online game through Jagex Ltd” (most likely Runescape), people perked up a bit. Players reported the incident to Jagex, who in turn reported it to the police.

The next day, 18-year-old Thomas Frongillo of Oxford, MA was arrested and charged with “threatening to commit a crime and threatening a bombing or hijacking.” He was released on $50,000 bail after his arraignment on Thursday.

The transcript provided to the local police reveal that Frongillo also made anti-Semitic comments and drew a “Nazi symbol” in-game. When another player referred to him as a “Jew killer”, he’s alleged to have responded “If only.” Further digging revealed that he previously talked about shooting a squirrel with a .12 shotgun.

According to Frongillo’s lawyer, the words were “a harmless jest”, and never intended to attack the school where he has a 3.25 GPA. Frongillo is studying criminal justice at the Anna Maria, but apparently never got to the part about not making terrorist threats online.

The local police searched his home and removed several firearms which were legally purchased by Frongillo’s father. He can stay at home while out on bail, but has to stay away from the Anna Maria campus and surrender any other guns he might have, as well as his Firearms Identification Card. He’s due back in court April 19th.

Source and Picture: Telegram and Gazette

Crytek Boss Says Visuals Are “60% of the Game”