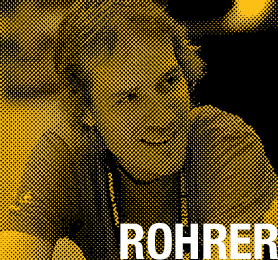 One of the most interesting things about playing games made in just 48 hours is seeing exactly how much game makers are able to do in such a short period of time. Some games turn out to be so impressive in scope that even the event judges can’t seem to believe it.

“This can’t be possible in 48 hours … except that there’s a time-lapse video to prove it,” Jason Rohrer said of his choice. “A polished, stylish twist on the SpyParty genre, where we find a different kind of ‘headshot’ employed, and more importantly, mechanics that require both players to interact with the game world all the time (instead of one player just watching from the outside).”

Rohrer, of Passage, Sleep Is Death and, most recently Diamond Trust of London fame, is, of course, talking about A Letter to My Valentine by Team Deranged Millionaires, his pick for the Indie Speed Run 2012 finals. So why exactly is this game so difficult to believe? For starters, A Letter to My Valentine is multiplayer, and 100% online, complete with a working chat lobby and invite system.

In this creepy two-player game about a criminal stalker, one person controls someone innocently trying to go about her day, while the other controls a “photographer” … to put it nicely. While the potential victim completes a series of everyday tasks, the stalker must blend into the crowd and try to snap a quick picture without being noticed (and subsequently thrown in jail).

To get away with it, the stalker must effortlessly blend in among the computer-controlled pedestrians by doing everyday actions, such as tying his shoes, or reading a newspaper, while the stalkee must pay careful attention, and try to discern just which one of the many people surrounding her is acting just a tad too funny to be an everyday shopper. The result is an edgy, uncomfortable story told through a precision-tuned battle of wits. Curious how they pulled it off? Watch the time-lapse video Rohrer was referring to below and see for yourself.

You can check out A Letter to My Valentine here, and pit your wits against the rest of the Escapist community for free. Once you’ve mastered the art of catching a creep (or being a creep) you can take a look at the previously announced finalist selected by Ron Gilbert here, then come back in 48 hours to see Kellee Santiago’s pick!

Want to be a judge yourself? Check out the rest of this year’s entries, and rate your top picks to help promote three additional games to the finals, where Yahtzee will pick which goes home with a $2,500 prize!