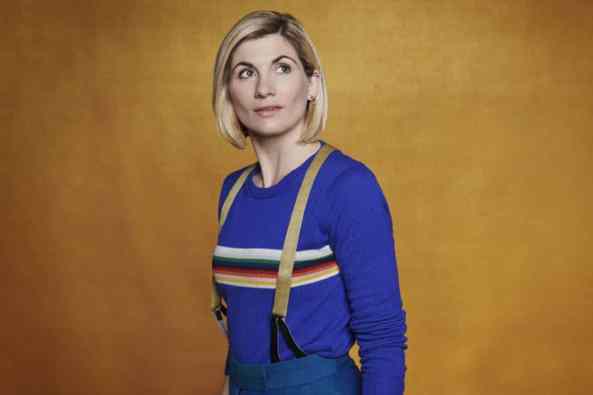 Another three-season stay for Doctor Who. Jodie Whittaker — the latest actor to fill the shoes of the show’s namesake role — is leaving the show after three years — and she’s taking showrunner Chris Chibnall with her, the BBC announced. The pair will release season 13 of the show this year followed by three specials in 2022, one of which was just announced as a feature-length adventure, most likely bidding farewell to Jodie’s Doctor.

Whittaker, who was rumored to be leaving previously, came to Doctor Who under a lot of fanfare as the first woman to play the role of the time-traveling alien, who often finds themselves flying around the universe in a blue police box with their human fam. However, it wasn’t a female Doctor that stirred up the most controversy but Chibnall’s run as show producer, which saw ratings sink as fans balked at often subpar content that didn’t let its strong lead shine. The series also hit a roadblock — alongside with the rest of film and television — thanks to COVID-19, with the 13th season’s production was delayed for nearly a year.

According to Chibnall, he and Whittaker had always planned to exit after three seasons, but there’s no way either of them could have planned for it to take so long or for those seasons to be so short. Whittaker is now the shortest tenured Doctor (in episode count) outside of Eccleston, who only starred in the show for one season.

“Jodie and I made a “three series and out” pact with each other at the start of this once-in-a-lifetime blast. So now our shift is done, and we’re handing back the TARDIS keys,” Chibnall said. “Jodie’s magnificent, iconic Doctor has exceeded all our high expectations. She’s been the gold standard leading actor, shouldering the responsibility of being the first female Doctor with style, strength, warmth, generosity and humour. She captured the public imagination and continues to inspire adoration around the world, as well as from everyone on the production. I can’t imagine working with a more inspiring Doctor – so I’m not going to!”

The 13th season of Doctor Who doesn’t have a premiere date yet, but the series is said to be a six-part Event Serial, harkening back to the days of the first seven Doctors, whose shows were released as weekly serials — though with far more episodes. After that, we’ll see the specials all land sometime in 2022, though no word on when that will happen. In the past, Whittaker’s Doctor has had a New Years’ special, however, so that tradition may continue.

Every NuWho, as the rebooted series is referred to, actor, outside of Christopher Eccleston, has stayed for only three seasons.