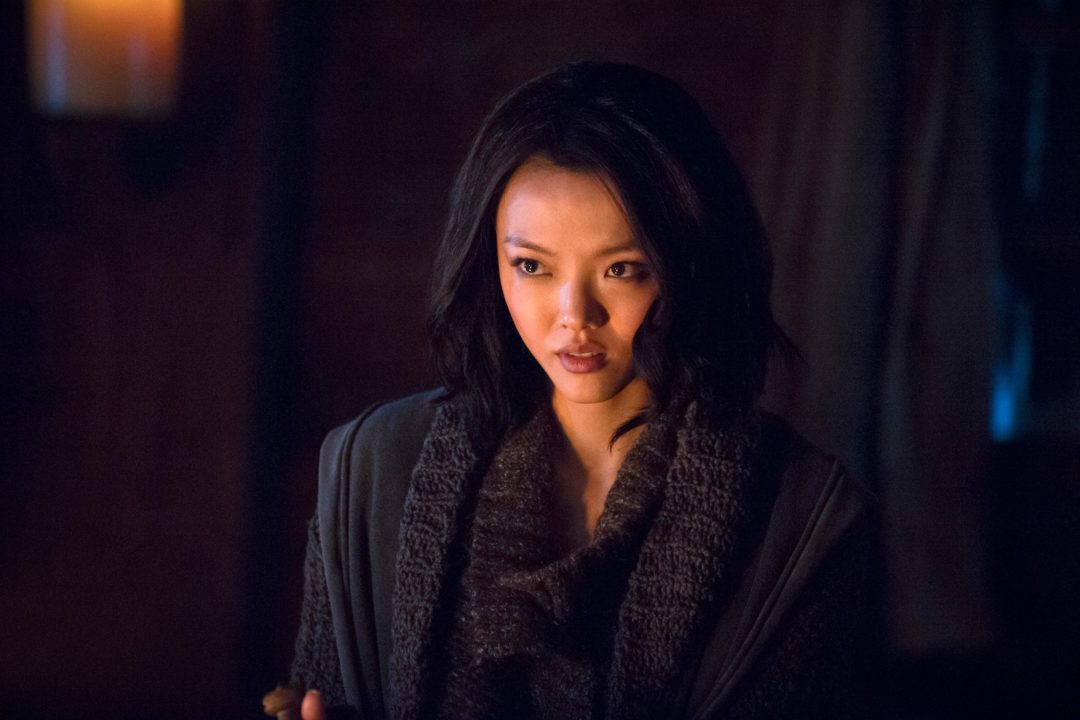 The final season of Arrow, The CW’s DC Comics show that spurred the Arrowverse, is coming up fast. Now EW is reporting that a familiar face (or mask) will be returning in the form of Rila Fukushima’s Tatsu Yamashiro/Katana.

The actress is set to show up in the second episode of the final season as the series concludes its storyline and also takes part in the massive “Crisis on Infinite Earths” crossover that is the television equivalent of Avengers: Endgame. The last time we saw Katana in Arrow was in season 4 when she helped Oliver recover from his defeat at the hands of Ra’s al Ghul. Of course, her biggest role in the show came in flashbacks during season 3 when she and Oliver worked together for A.R.G.U.S. before he returned to Starling City and became the Arrow (and later Green Arrow).

Given the nature of the final season, in which Oliver is tasked by the Monitor to travel the world and save the multiverse, it shouldn’t be that big of a surprise that we’ll be visited by a host of the series’s past characters. In fact, both Colin Donnell (Oliver’s dead friend Tommy) and Josh Segarra (Adrian Chase) have been confirmed for cameos as well.

Surprisingly, one person whose role is still up in the air is Colton Haynes’ Roy Harper/Arsenal. The on-again, off-again series regular said he was not invited back as a regular for this season, which makes some sense as the character has consistently woven his way in and out of the plotline of the show. By his own admission, the actor was not asked back as a regular, but that does not rule him out as someone who will get a cameo much like Segarra, Donnell, and Fukushima. The person who definitely will not be in the series at all is Emily Bett Rickards, as she left the show… or did she?

It’s the final season, so really all bets are off. Cameos, throwbacks, references, and nostalgia will be one with Oliver Queen’s brooding.