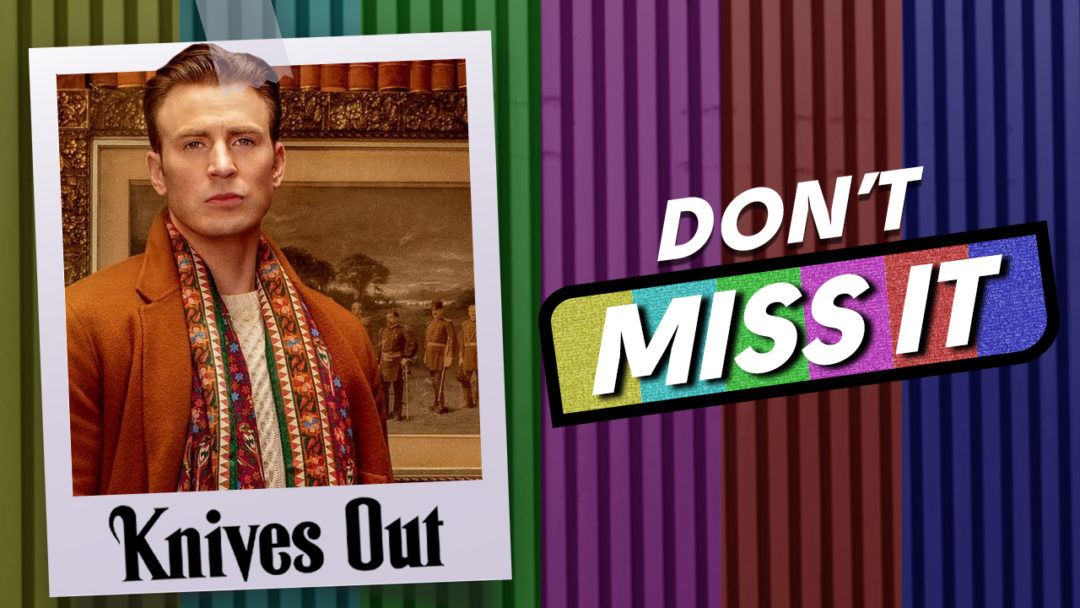 Knives Out is one of the most enjoyable cinematic experiences of the year.

Knives Out marks a sharp departure from director Rian Johnson’s last film – the franchise juggernaut The Last Jedi. Indeed, Knives Out feels like a return to Johnson’s earlier work on films like Brick, Looper, or The Brothers Bloom. While Johnson brought an eagerness and ingenuity to The Last Jedi, it is great to see the writer and director playing once again in a sandbox of his own creation.

Much of the cast of Knives Out are similarly taking a break from franchise film-making. Daniel Craig recently finished production on what is stated to be his last James Bond film, No Time to Die. Chris Evans just wrapped up his involvement with the Marvel Cinematic Universe in Avengers: Endgame. Even Ana de Armas is probably best known to audiences for her work on sequel Blade Runner 2049.

As with Johnson’s other work (including Brick and even The Last Jedi), Knives Out is structured as a loving homage to a specific genre of film-making. Knives Out is an old-fashioned “whodunnit” mystery. Agatha Christie is a major influence, and the film delights in the tropes and conventions of films like The Last Sheila, Clue, and Gosford Park – which Johnson also acknowledges as influential.

Knives Out casts Craig as private detective Benoit Blanc. Blanc is drafted in to investigate the apparent (and highly theatrical) suicide of successful mystery writer Harlan Thrombey (Christopher Plummer). Naturally, nothing is as it appears to be. Probing into the death, Blanc uncovers a sea of grudges and resentments simmering beneath the façade of Harlan’s wealthy extended family.

There are a lot of things to love about Knives Out. The film is both smart and playful, working well as an example of the classic murder mystery genre and using that genre to say something interesting about contemporary culture. It moves incredibly quickly, bouncing from one clever idea to another without any hesitation. It is hilarious, but it also takes its characters and its world seriously.

Knives Out twists and turns and bends and contorts. It contains all the quirk and eccentricities that define so many great murder mysteries, most notably the delightfully specific contrivance that Harlan’s nurse Marta (de Armas) has “a regurgitative reaction to mistruthing” – she vomits when she lies. Blanc himself is the sort of comically larger-than-life detective figure who feels at home in such stories.

However, the greatest pleasure of Knives Out may simply be the way in which it feels like the kind of movie that rarely gets produced and distributed on this scale anymore. It is a starry murder mystery, with Johnson assembling an impressive cast of actors to flesh out his suspects: Jamie Lee Curtis, Michael Shannon, Toni Collette, Don Johnson, Riki Lindhome.

Recent years have seen the old-fashioned mid-budget movie migrate from cinemas to television and streaming services. It’s surprisingly common to hear the phrase “the kind of movie that they don’t really make anymore” applied to Netflix projects like The Irishman or The King. Series like Big Little Lies or True Detective would probably have been produced as films a couple of decades ago.

As such, it is nice to see a movie like Knives Out getting this sort of wide release. It’s even better that it’s a great film in its own right, a crisp and self-contained murder mystery runaround that shrewdly builds to a larger point. While the film will undoubtedly play well at home, it is a delight to watch with a large audience immersed in Blanc’s dogged pursuit of the truth.

Knives Out truly is a cut above.

Knives Out is now screening in wide release.