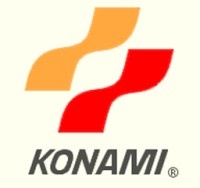 Following news of a delay in the release of Metal Gear Solid 4: Guns of the Patriots for the PlayStation 3, stock in developer Konami fell 6.8 percent on the Tokyo Stock Exchange.

Shares in the company fell to 3160 yen ($27.56) at the 11 a.m. break, while the Nikkei 225 Stock Average actually gained .8 percent, according to a Bloomberg report. The drop is the largest experienced by Konami since December 2003, and came the day after the company announced that Metal Gear Solid 4 would ship in the first quarter of 2008, rather than in late 2007 as originally planned. Mitsubishi UFJ Securities said Konami had been counting on the game to boost its earnings for the fiscal year, which will end in March 2008, with anticipated sales of one million units. Despite the delay, Konami has so far not adjusted its fiscal year income forecast.

Speaking to Bloomberg, Mitsubishi UFJ analyst Hirotoshi Murakami said, “Investors were active sellers today because of disappointment over the delay. It may be the company’s strategy to boost earnings next fiscal year with the game software.”