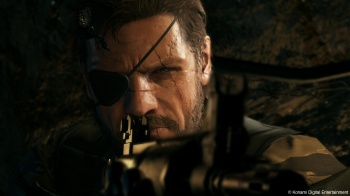 “We deeply apologize, and appreciate your patience for further announcements regarding this issue.”

Konami has posted a warning to players that indicates that a bug exists in Metal Gear Solid V: The Phantom Pain that corrupts game-saves in specific situations.

“We deeply apologize, and appreciate your patience for further announcements regarding this issue.”

Quiz: Do You Even MOBA, Bro?