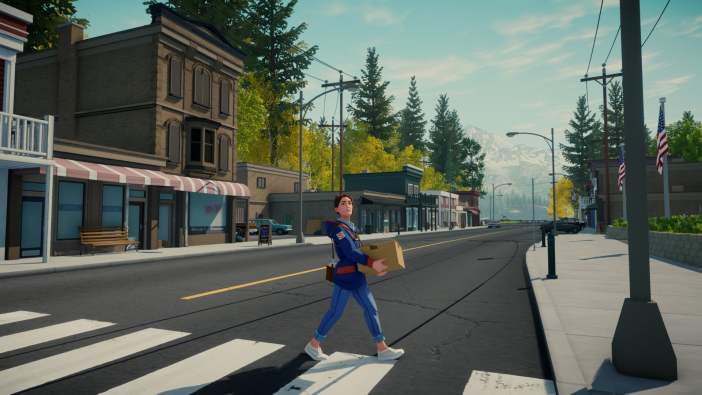 If you play it properly, Lake is a wonderful, charming game set in a small town where everyone knows everyone and chainsaw murder sprees are the kind of thing you only ever see on TV. Meredith Weiss, the temporary mail courier whose shoes you step into, wouldn’t say boo to a goose, even if it were that goose. That’s why I made it my personal mission to introduce a little misery into the lives of Paradise Oak’s citizens.

Sheer malice aside, I also wanted to see how, if at all, Lake would push back against my hateful shenanigans and/or vehicular manslaughter. What would it do to prevent a disconnect between Meredith’s cutscene self and the maniac she became when she got behind the wheel? As it turns out, the answer is “quite a lot.”

My efforts to wrap Paradise Oak’s citizens around my axles were cruelly foiled because the moment I got too close, my van slowed to a crawl, creating space between it and my would-be victim. After a couple of more attempts, it became apparent I wasn’t going to get away with murder. I took some consolation in discovering that, thanks to this buffer zone, I was able to stalk pedestrians along the pavement, glaring at them from my cab. 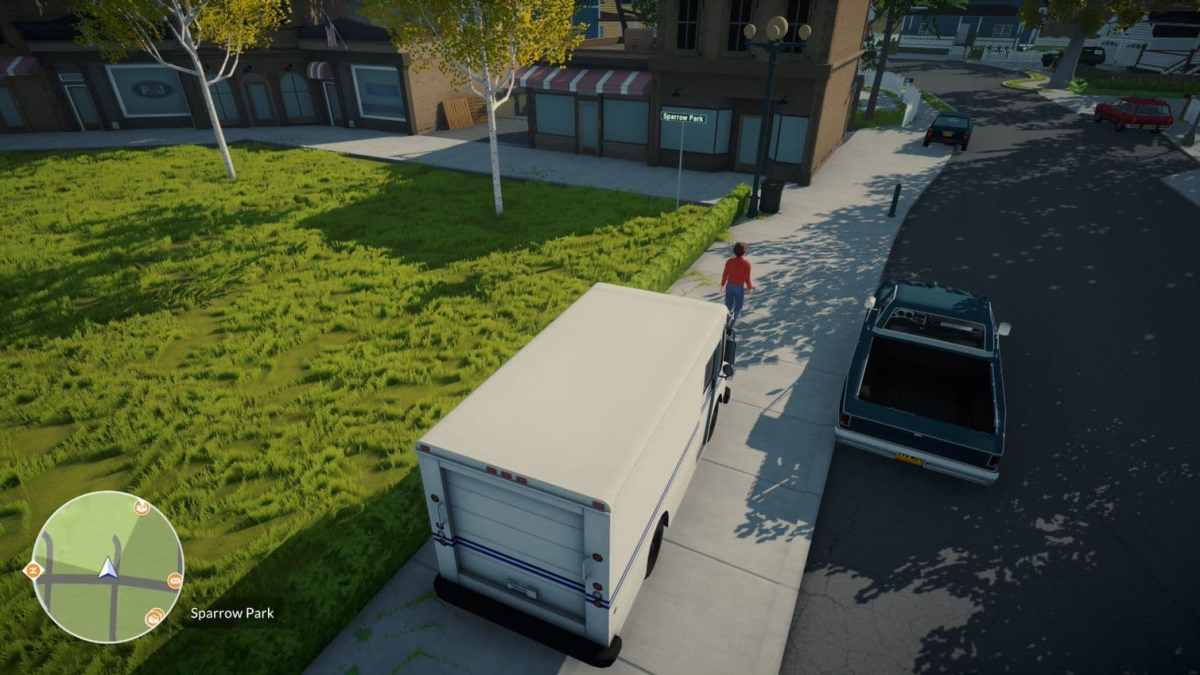 However, having my radiator at their backs didn’t seem to bother them in the slightest, so I decided to adopt a different strategy. If I couldn’t turn them into hood ornaments, I could certainly stop them from getting where they were trying to go. I’d already discovered the parked cars wouldn’t budge an inch when I rammed them, so it was up to me to get in the way.

I quickly discovered two things. First, mounting the pavement and forcing people to go around my van was more entertaining than you might think. Unlike my aborted stalking attempt, these NPCs’ apparent indifference had me grinning like a buffoon, as I pictured their barely suppressed rage.

The second thing I discovered was that Lake’s pedestrian pathfinding is really, really good — which meant my joy was disappointingly short-lived. Whatever destination those NPCs had in mind, after a brief bout of gawping at my truck, they walked around it and carried on. I persisted, and every time they found their way around, even if that meant taking an absurdly circuitous route to their destination. 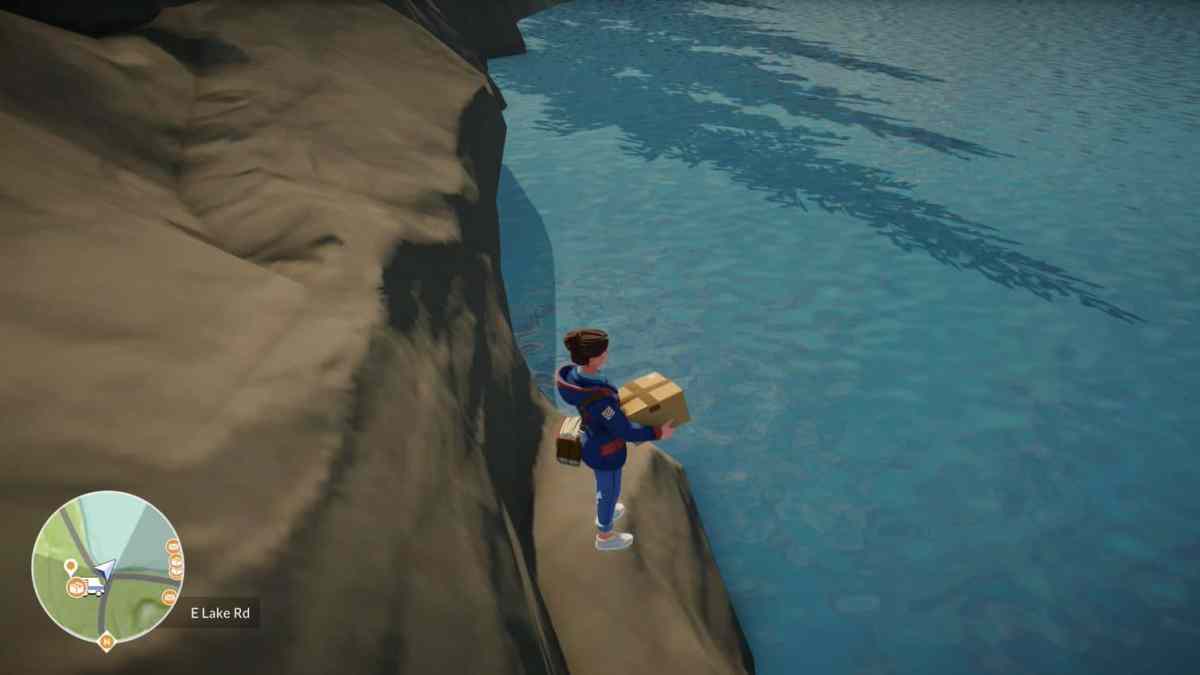 Changing tack once more, I turned my attention to the packages I was delivering. There wasn’t a “throw parcel” button, but I had an alternative in mind. Let’s see how much use your kidney dialysis machine is when it’s 200 feet underwater. Unfortunately, every time I plunged into the titular lake, I materialized back on the shore, parcel in hand. This, clearly, meant war.

Driving past Lake’s cat lady, I’d briefly considered what might happen if I drove into her moggy-laden front yard. I’d dismissed it because I wasn’t that kind of monster, but desperate times called for desperate measures. Five minutes later, my van was “parked” at an unnatural angle, held aloft by a feline who either hailed from the planet Krypton or was carved out of living concrete. 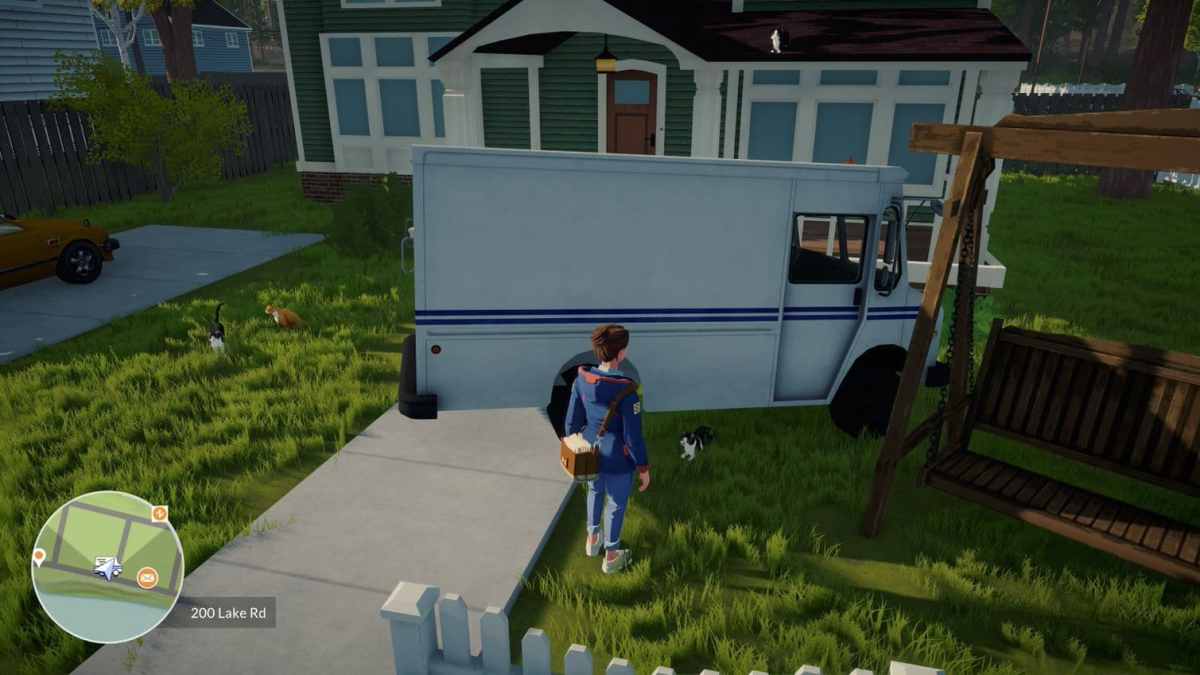 I was beaten. The cat’s total indifference was the final nail in my plan’s coffin. Like Donald Sutherland at the end of the 1978 Invasion of the Body Snatchers, I didn’t have any more fight left in me. I surrendered to Lake’s wholesomeness and got on with my rounds, pulling up outside Paradise Oak’s admittedly awesome video store.

But when I stepped out of the store, I beheld a sight of true beauty. My unintentionally poor parking had blocked in not one but two trucks, whom I’m reasonably sure were Optimus Prime and Ultra Magnus. By some small miracle, I’d committed an act of genuine assholery without even trying. And in a game like Lake that goes out of its way to make you play nice, I’ll take that as a win. 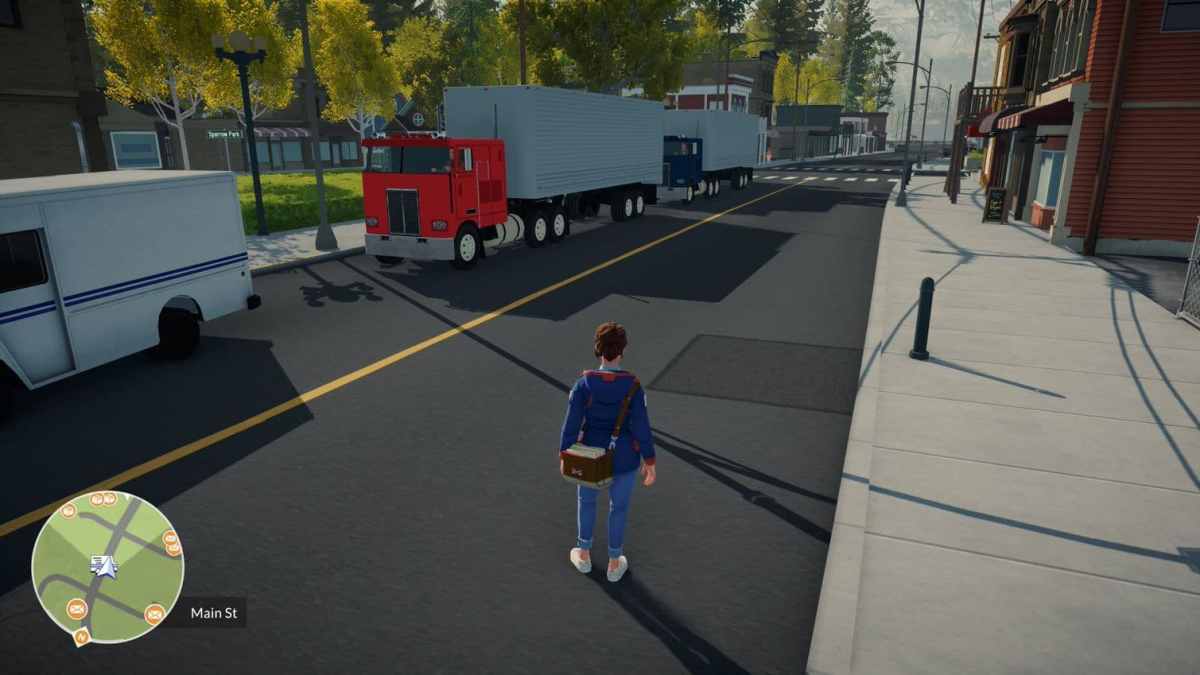