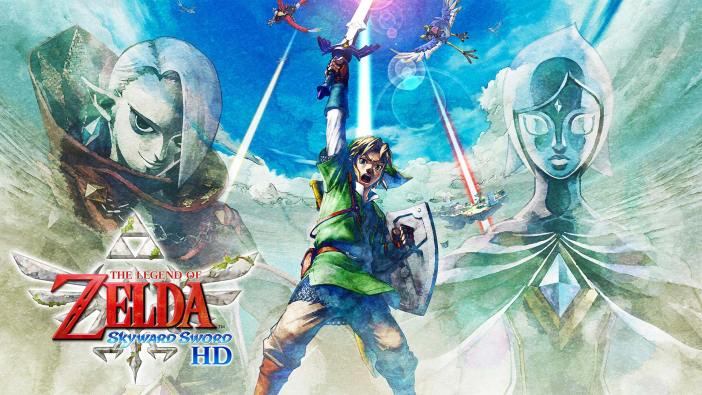 During today’s Nintendo Direct, it announced that Legend of Zelda: Skyward Sword HD will be arriving on Nintendo Switch later this year on July 16. The game was originally released back in 2011 for Wii and made use of the console’s motion controls with the Wii Remote acting as Link’s sword and nunchuck as his shield.

For this remaster on Nintendo Switch, the motion controls are optimized. On the regular system, the right Joy-Con will act as Link’s sword and the left one as the shield. On Nintendo Switch Lite, the motion controls are replaced with a tilt stick system. For example, the right stick can be tilted in specific directions and Link will slash his sword in the corresponding input direction.

Nintendo also announced new Joy-Con with a Skyward Sword HD theme, with the left one stylized after the Hylian Shield and the right one after the Skyward Sword. The game follows the earliest events in the Zelda series around the creation of the Master Sword, and it is the last title on console before Breath of the Wild. Notable features such as the stamina gauge and gliding in midair were present in Skyward Sword, and you can see those mechanics refined in Breath of the Wild.

Nintendo also mentioned that more information about the Breath of the Wild sequel will arrive later this year.