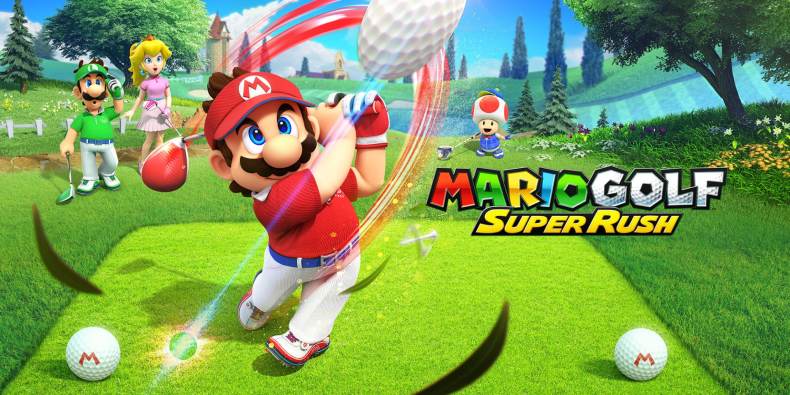 During the Nintendo Direct today, the company announced that Mario Golf: Super Rush is coming to Nintendo Switch on June 25. There are several new features and modes making its way into the entry. For example, a new shot gauge allows players to accurately time their shots. Additionally, Mario Golf: Super Rush will employ the Switch Joy-Con’s motion controls mechanics, where players can simulate the action of swinging a golf club.

As for the modes, a new multiplayer one is Speed Golf, where all players will tee off at the same time and race through the golf course. Players can outpace each other with a variety dashes and power-ups. Mario Golf: Super Rush will also have a new story mode. In this, the player takes the role of a Mii character and can interact with a various Mushroom Kingdom characters. Players will also gain experience points and can allocate points for different stats such as power, stamina, and speed.

This is the first Mario Golf game on console since 2003’s Mario Golf: Toadstool Tour for the Nintendo GameCube, with the most recent being Mario Golf: World Tour on 3DS in 2014 on Nintendo 3DS. For more Nintendo Direct news, check out the new Super Smash Bros. Ultimate character(s).

#MarioGolf returns to home consoles for the first time since 2003. Putt your golfing skills to the test in Mario Golf: Super Rush!