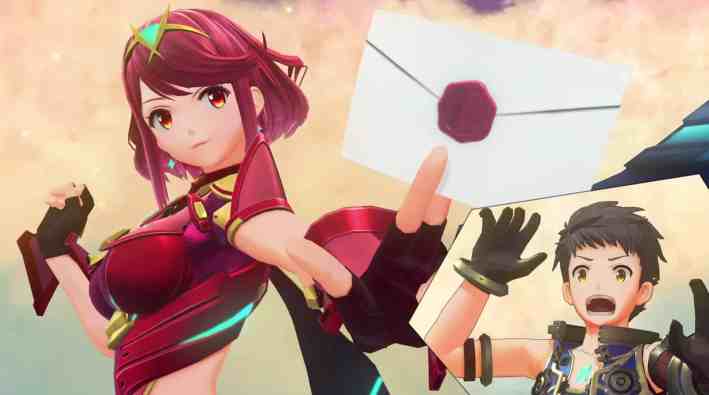 Pyra and Mythra from Xenoblade Chronicles 2 are coming to Super Smash Bros. Ultimate. Nintendo announced the addition during today’s Nintendo Direct, bringing a new character to the game with an interesting twist. It wasn’t clearly explained how the characters work, but it seems players will be able to switch between playing as Pyra and Mythra mid-fight like with Zelda and Sheik. You’ll have to wait a while to download the character though; the two aren’t scheduled to release until sometime in March.

Though not quite as shocking as the last DLC fighter, which saw Sephiroth joining the fight, Pyra and Mythra should fit right at home with Mario, Shulk, and whoever else is thrown in Super Smash Bros. Ultimate next. See how Nintendo announced the reveal in the video below.

Super Smash Bros. Ultimate launched in 2018 and has continued to receive a steady stream of new fighters since. The first Fighter Pass introduced characters like Persona 5’s Joker and Fire Emblem Three Houses’ Byleth, and the second fighter pass, which is still rolling out, kicked off with Min Min from ARMS. Today’s Xenoblade Chronicles 2 additions make up the fourth addition to Fighter Pass 2, leaving two more characters to join before it’s complete.

If past announcements are anything to go by, expect series director Masahiro Sakurai to announce a separate broadcast focused on Pyra and Mythra in the near future.