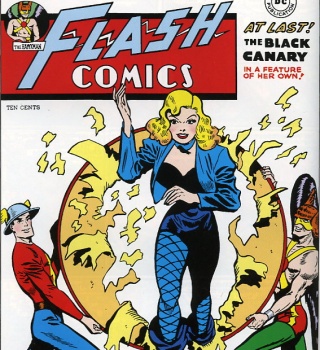 I am so tired of the word “reboot.” I feel like I read it everywhere. Packages in the grocery store blur before my eyes, only to have “Raisin Bran” and “raspberry” replaced by “reboot.” The word anthropomorphizes itself in my dreams as an oily, toothy little demon, spitting on my comic books and stealing the little money I have. This has got to stop.

Superman Returns was terrible, but it only came out four years ago. I’m not sure the time is ripe for another crack at the character. Spider-Man 3 was even more recent, released in 2007. Edward Norton’s turn as The Incredible Hulk was only two years ago, for pete’s sake, and already Mark Ruffalo is in line to tear his shirt in a new and exciting take on the character. These are the films that the comic-book-reading, movie-going public is clamoring to see? Please. Off the top of my head, I have four comic characters I’d pay money to see on the big screen, and not one of them has ever been the star of his or her own live-action feature film. Shocking, I know. Note that there are some women on this list. No, really, Hollywood. Note that.

WHY I WANT IT: If ever a character exemplified that kickassery and femininity could comfortably coexist without the need to comment on it, it’s Black Canary. Far from settling for mere super-strength, or flight, or utility belts and lassos and such, Dinah keeps it simple with a superior mastery of martial arts and an ultrasonic shriek. Her personal life is complicated, and there are a hundred plots from which to choose. Each of them could easily carry a feature film: Her relationship with Ollie, her parenting of Sin, her exposition at the hands of White Canary as detailed in Brightest Day. Black Canary’s ties to the Green Arrow and the Birds of Prey suggest their inclusion in any potential film, but having to include Oracle in a movie isn’t a problem so much as a perk.

WHY THE STUDIO SHOULD: She wears fishnets. Key comic-book movie demographic is a lock.

WHY I WANT IT: This is a bit of a cheat, as I emphatically do not want Bone to hit the big screen in some wonky, live-action/CGI rigmarole. Fone Bone is the cutest epic hero to ever grace the pages of a comic, and to remove Jeff Smith’s artistic voice from the story would be a genuine crime. This story is classic, and should be animated as one. The hero’s tale involves travel across a desert, a variety of creatures, both benevolent and less so, and the wooing of a pretty girl. Mostly, though, it’s the story of a charming little bone creature with two dumb cousins and a love of Moby-Dick. Rumors have been swirling about an animated Bone for years, but I wish they’d just make the thing already.

WHY THE STUDIO SHOULD: Possible restaurant tie-ins; marketing opportunities exist for both corn dogs and quiche. 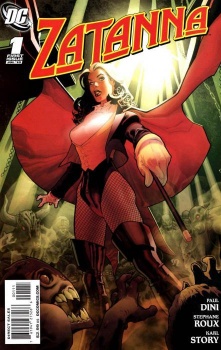 WHY I WANT IT: It seems like so many superheroes hit the screen as things I’m too polite to call them. More colorful metaphors aside, as civilians, they’re often drunk (Iron Man), lazy (Green Hornet) oversexed little boys (Green Lantern) with too much money (most of them) who all manage to rise to the challenge of their various responsibilities. The rakish Ollie Queen belongs in this fraternity. His outspoken political activism provides a real-world relevance not as fully realized in other franchises, and social issues seem to follow him wherever he goes, usually attacking those close to him. Speedys fall prey to heroin addiction and HIV, sons are shot, left in vegetative states, and kidnapped. His relationship with Black Canary is fraught with lies, infidelities, and interesting gender dynamics. This has the potential to be a deep and interesting film, darker than the average popcorn fare.

WHY THE STUDIO SHOULD: Superheroes with similar personalities have been selling well. Also capitalize on success of other “green” superheroes.

WHY I WANT IT: I’ll admit that Zatanna Zatara looks a little gimmicky. Her civilian identity is a magician, her costume is appropriately stagy, and her powers are limited to magic. Then again, her powers are limited to magic. Little, if anything, is beyond the scope of Zee’s powers. Make anything happen by commanding it backwards? Okay. Can’t speak? Well, just cast a spell in your own blood. Crap, Batman’s memory needs to be erased? Why the hell not? Zee has enormous power, a refreshing sense of humor, a history of complicated ethical quandaries, and the ability to laugh at herself. ti nmad ydaerla eivom siht ekaM.

WHY THE STUDIO SHOULD: See “Black Canary,” above.

There’s no one representing Marvel here, but Marvel has thus far been stomping Detective Comics in terms of film production. The X-Men, the Fantastic Four, the Silver Surfer, the Hulk, Daredevil, Iron Man, all have received movie treatments of varying quality. Recently, especially since its acquisition by Disney, Marvel has been lining up superhero movies like they’re going out of style. It has The Avengers on the horizon, and individual films for nearly every member are in some stage of production. Additionally, in 2012, Marvel is set to release Deadpool and Doctor Strange. It’s high time the latter got a movie, but even this move does little to engender my goodwill when Marvel insists on tearing into Spider-Man again.

DC, on the other hand, is lagging behind a bit. I don’t think that quantity should trump quality, but there are some stories it’s neglecting to tell. DC does have some ammunition with Aquaman, The Flash, and Wonder Woman (finally) all slated for release in 2013, but this does not excuse dipping a toe back into the Superman pool.

For the record, I don’t think everything has to become a movie. It seems I’m outnumbered here, though, so all I can do is call for the best movies the studios can provide. Please, please give Peter Parker a rest. His current theatrical tragedy is exposure enough.

Are Microsoft and Sony Fibbing About Shortages?