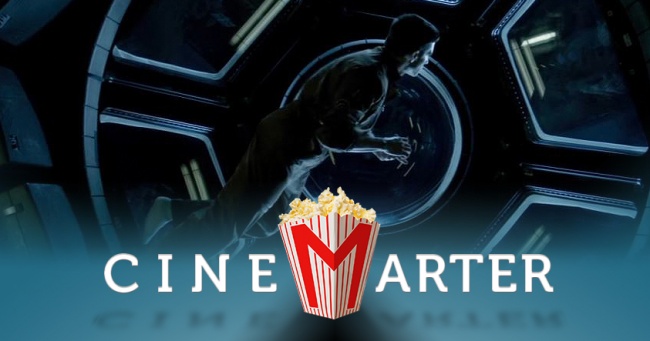 Just a few months until we get an official Alien movie in the form of Alien: Covenant, audiences are being shown a discount Alien in the form of Life, a trapped-in-space-with-a-deadly-creature movie that does a perfectly fine job of copying the 1979 movie but struggles when it comes to bringing anything new to the table. That makes Life difficult to recommend, even though its lack of originality is its main problem – in a vacuum, it’s a mostly successful horror movie.

The premise of Life is fairly simple: we’ve got soil samples from Mars, there’s something inside of them that looks like it’s life, we wake it up from hibernation, it grows ridiculously fast, and it wants to murder everyone with whom it comes into contact. There are six crew members aboard the International Space Station and they knew the risk: if they can’t contain it, they have to ensure that it doesn’t make it to Earth – regardless of the casualty count or expense. After all, six lives and $200 billion is a small price to pay in order to prevent the extinction of our race.

The first half or so of Life is full of exposition and room for character development. There’s a lot of technical jargon and most of it doesn’t matter to us. We understand the basics. Most of that time would have been better served allowing us to get to know our characters. We know Dr. David Jordan (Jake Gyllenhaal) spends copious amounts of time in space because he hates other people. Sho Murakami (Hiroyuki Sanada) has a wife and a newborn. That’s not a lot of characterization to begin with, and it’s pretty much all we get.

So, when the alien starts killing these people, we don’t care as much as we should. It matters more to us because of the ever-present threat that this thing could reach Earth and kill everyone. Besides, after the first couple of deaths, the movie becomes even more formulaic anyway. The first two, though, are pretty effective – one is gross, the other is a protocol-following sacrifice in hopes of removing the threat. After that, most of the film is “run away from the monster that’s chasing us,” and I started to lose interest – in large part because of the lack of characterization.

Still, Life generates enough tension and suspense to make us pay attention for its entire running time. It opens with a bang – a lengthy single-take scene in which the cast has to figure out a way to catch a capsule hurtling through space – gives us our anticipatory lull, then sets the alien free and keeps that up for the rest of the time it plays. We only rarely see the alien in full – it’s always evolving – and since we don’t know much about it, its mysterious nature makes it more frightening.

The special effects are also great. Not just on the alien – it looks really good, though, and has an interesting design once it gets large enough to take advantage of it – but on the whole “space” thing. Gravity may have ensured that we never again get a bad-looking studio space movie. Life looks tremendous from that standpoint – and it’s really well-shot, too. The first scene is something else, but the entire movie looks great. And there are some cliches here and there that it subverts, which is always nice to see.

The acting isn’t anything special, although it’s also not bad. It’s not the actors’ faults that the dialogue is often either ridiculous or expository – or that their characters are largely blank vessels. They look scared when they’re supposed to and the actors have strong chemistry with each other. They’re enjoyable to watch, but this isn’t trying to be an actor’s showcase.

Life is a just-effective-enough horror movie that borrows a lot from previous monster-in-space films – Alien, primarily. It starts on a high, builds suspense with a lull, and then unleashes a monster to ruin everything. A better movie fills that lull with characters we care about, and is a bit more creative with what it has its monster do, but the film is still, on the whole, relatively thrilling and entertaining. In a vacuum it gets a higher recommendation – in the real world, you’re better off just watching Alien – but if you’re in need of a new monster-in-space movie, Life will scratch that itch.

Bottom Line: Not the new deviation on the subgenre that one can hope for Life nonetheless provides just enough thrills and entertainment to make it worthwhile.

Recommendation: It’s only really worth seeing if you really want another one of these, but at least it isn’t a bad version of this type of movie.

Nintendo says Super Mario Run “Did Not Meet Our Expectations”