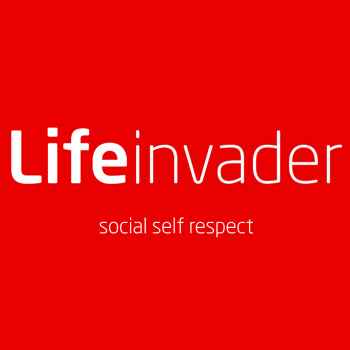 Over the last 12 months, Rockstar Games has managed to keep Grand Theft Auto V and Grand Theft Auto Online at the top of every gamer’s to-do list, and, barring some kind of tragic delay, the games should touch down on Tuesday. However, Rockstar isn’t quite done with its longwinded advertising campaign just yet. Today, the GTA developer launched a social networking website for the inhabitants of Los Santos and Blaine County, the fictional locales within the world of Grand Theft Auto.

The Facebook-like website, called Lifeinvader, blurs the lines between fiction and reality by allowing real-life players to join the network and stalk their favorite in-game characters.

Once the game is released, it’ll be interesting to see what Rockstar has planned for the social network. But even in its infancy, it’s possible to catch glimpses of the developers’ intentions. Sprunk, for instance, is promising free cans of a Sprite-like beverage from “any participating vending machine” if you follow the company on Lifeinvader. And Warstock Cache & Carry will give you a ten percent discount on your first purchase. Assuming that these advertisements really do translate into in-game discounts, Rockstar may have just discovered the most distractive combination in history.

Lifeinvader is linked to the Rockstar Social Club service that was launched in 2008 and allows players to keep track of their stats, interact with other community members, and participate in several game-specific activities. So, if you’d like to check Lifeinvader out for yourself, you’ll need to make sure that your Social Club account is squared away first.