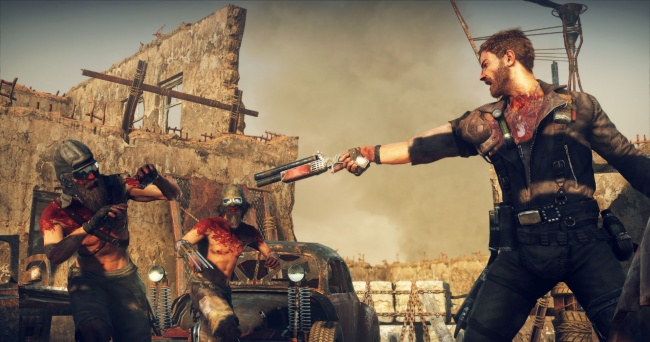 With the immense popularity of the latest Mad Max film, the hype around the upcoming post-apocalyptic, open-world video game adaptation is certain to be at its peak. With intense and varied vehicle combat mixed with the tried and true Arkham-style melee fighting, Mad Max may overwhelm or underwhelm, depending on expectations. The open world exploration and objective-focused landmark system – reminiscent of Black Flag and its ilk – is likely to overwhelm players unaccustomed to seeing dozens upon dozens of different objectives across a sprawling world map. At the same time, the now-pervasive melee and similarly familiar vehicle combat will likely underwhelm gamers who are looking for something truly novel or unique in gameplay – at least at a glance.

The vehicle weapons, on the other hand, are likely to keep players entertained (or at least busy) for hours, as they seek to perfect their strategy for vehicular annihilation. As you navigate the map in your built-from-scratch machine of slaughter, you’ll have a variety of tools to give you the edge against the other road warriors. Your harpoon, for example, allows you to tear armor, or even tires, off of your enemies’ cars. Taking out the wheels only slows them down for a moment, as their on-board mechanic fixes them up quickly, but it offers a prime opportunity to go in for the kill. Clearing the armor off the cars, however, opens up new avenues of attack, like exposing the gas tank, which you can then explode with your shotgun. There are also explosives, which are incredibly effective, but pose a great risk to your own well-being if you’re too close to your target, as well as the Thunderpoon, which is basically a rocket launcher, giving the power of explosives without so much danger to yourself.

As you wander around the world, you’ll find and gather scraps and car parts from the wilds or from slain foes which allow you to upgrade your vehicle. Engine upgrades might give you a boost to max speed or acceleration, while armor upgrades will likely slow you down and cost you maneuverability. You can upgrade your forward-facing ram to improve your head-on damage, or you can improve your boost system for more aggressive pursuit (or retreat). The breadth of customization options is impressive to say the least. From body to engine to tires, seemingly every aspect of your car is upgradeable to some extent.
The regions start out controlled by various named baddies in the game, but as you clear objective points on the map, their influence will be reduced, opening up more quests and objectives for you to take on in that zone. As you might expect, some of these villains act as bosses for you to kill, but only after infiltrating their stronghold and clearing out their minions. Likewise, some strongholds offer objectives to complete in order to clear the point of interest, such as blowing up an oil pump. Whether you’re looking for arena-style combat or objective mechanics is up to you, but Mad Max brings it all to the table.

Though I didn’t see much by way of the storyline, the setting in Mad Max paired with the seemingly endless supply of objective points on the world map already offers up a ton of entertainment, assuming that’s what you’re looking for. If you’re a story-focused gamer, however, you’ll do well to wait and see just what kind of narrative Mad Max might weave, as the potential is there, but the breadth of content may well take away from the execution of the story.