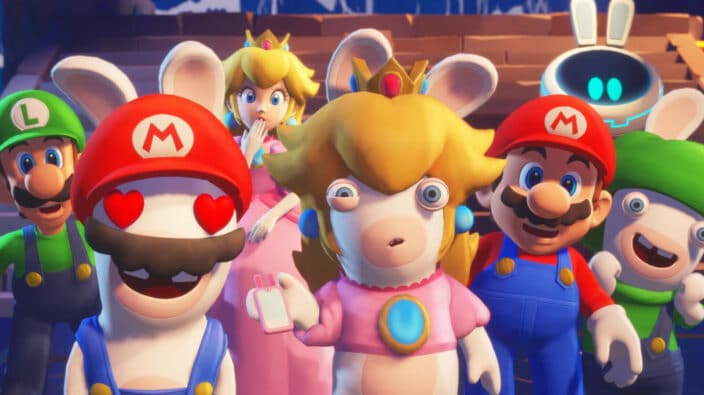 Mario + Rabbids Sparks of Hope has been officially revealed for Nintendo Switch following a massive leak from earlier today, including a first look at story and gameplay in separate trailers. Ubisoft revealed the game during its E3 2021 Ubisoft Forward presentation, showing what its Nintendo collaboration project looks like in motion. First, watch the cinematic trailer for a good look at the threats that await Mario and the rest of the Rabbids.

In Mario + Rabbids Sparks of Hope, players will set out on an adventure against Cursa. Ubisoft says that there will be more characters and surprises when it launches sometime next year, but for now, you can see the pre-alpha gameplay footage trailer below.

Most of the game that was shown during the Ubisoft Forward was actually revealed earlier today, sans the trailers, when Nintendo accidentally published the Mario + Rabbids Sparks of Hope store page. The blunder meant loads of game details found their way to surprised fans online, and a few first screenshots were shared, too. Left online for a few hours, the store page explained that this sequel will see Mario, Luigi, Peach, and their Rabbid counterparts taking a galactic journey to rescue Spark companions. Along with new gameplay features and locations, Mario + Rabbids Sparks of Hope’s returning characters will be joined by new ones, including Rabbid Rosalina.

Microsoft, Nintendo, and more E3 conferences are still to come, so keep checking in for more updates.