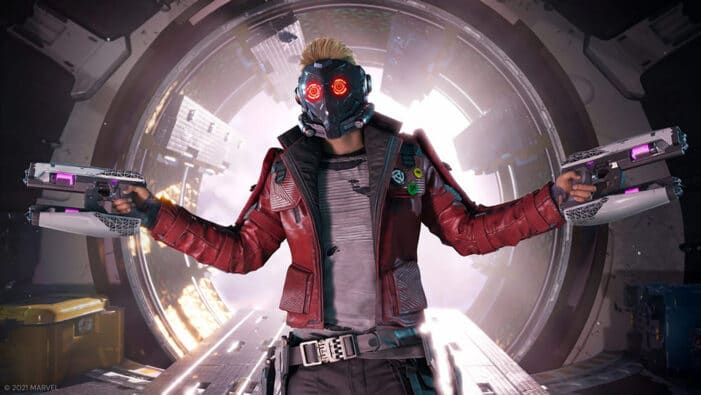 Marvel’s Guardians of the Galaxy is one of the most delightfully surprising video games of 2021. After a fairly lukewarm reveal during E3, it felt like the game was released to little hype, fanfare, and backing from Square Enix. But lo and behold, Eidos-Montreal’s take on the now-iconic intergalactic heroes is actually pretty damn great thanks to its fantastic writing, strong sense of adventure, and roller coaster momentum. In fact, Marvel’s Guardians of the Galaxy feels like a relic of a bygone era that I actually kind of miss — namely, the single-player adventures that seemed plentiful on Xbox 360 and PlayStation 3.

I’m not trying to point fingers at who’s responsible for making so many modern AAA games gravitate towards elements of sprawling open-world action-RPGs, because frankly, I don’t think I have enough fingers to go around. This modern glut of skills, abilities, stats, cosmetics, side-quests, and various ways to grow your character that were once reserved for only the most hardcore of RPGs are now commonplace in nearly every type of action adventure game. Whether you’re pillaging your way through Assassin’s Creed Valhalla or saving New York City in Insomniac’s Spider-Man, it feels like a good chunk of time in modern games is spent tabbing through a never-ending Cheesecake Factory menu of options.

And that’s okay! I love a lot of those games, they tend to provide a lot more hours-per-dollar-spent, and I totally understand if that’s an important factor for many folks. But at the same time, I miss the days of being able to jump in, crank through a 10-hour adventure over the course of a long weekend, and roll credits feeling like I’ve experienced a majority of what the game had to show me. And this is one of the things that I admire most about Marvel’s Guardians of the Galaxy. 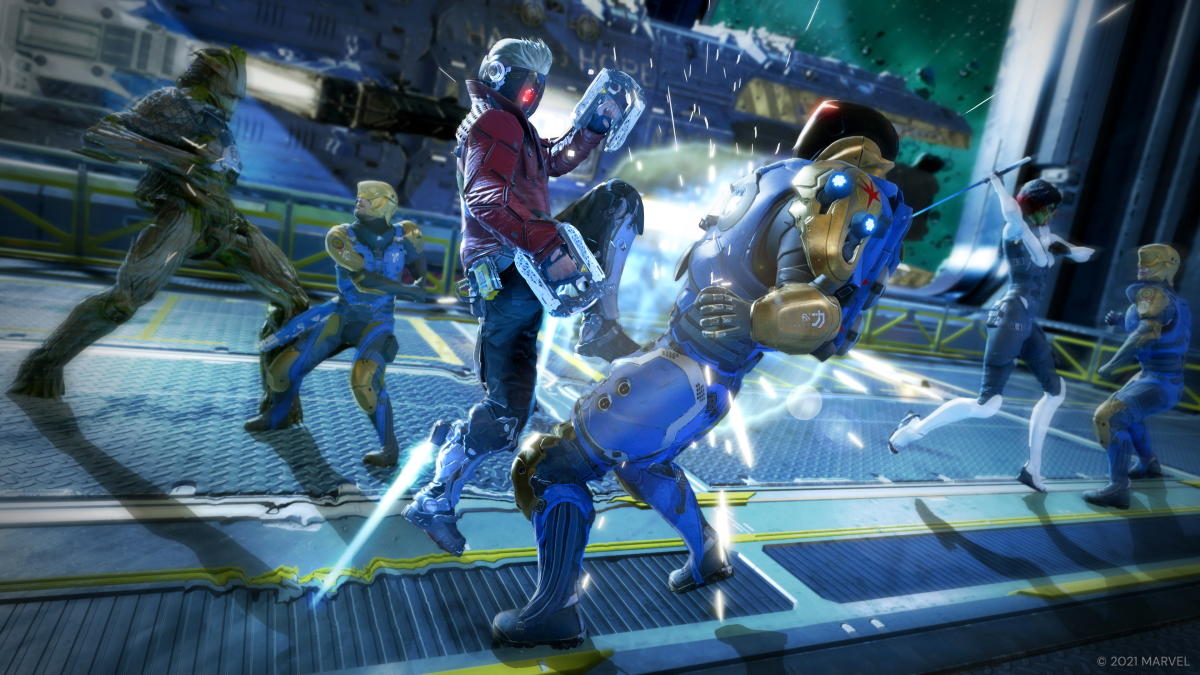 The game moves on a fairly linear path throughout its 16 chapters, only occasionally tossing you into a small sandbox like the winding streets and back alleys of Knowhere. And despite that chapter in the celestial city unfolding in different ways depending on your actions, you ultimately always end up at the same place. Completing the game feels like a very surmountable task, as opposed to so many games nowadays where you open a menu only to find an endless checklist of tasks and collectables that require treating the game like a part-time job in order to ever fully complete.

In many ways, my time in Guardians feels like spending the afternoon in a rad museum. You can take your time in each individual room, soaking in the sights while still adhering to the “look, don’t touch” policy. But each room inevitably funnels into a hallway leading you to the next exhibit. Everyone in the museum is ultimately experiencing the same thing, but there’s still a sense of personal authorship that comes from where you choose to linger, and what you ultimately take in from each work.

It’s also great that Marvel’s Guardians of the Galaxy stood firm in its single-player intentions, despite obviously being built around the concept of a team. It’s not hard to envision a world where this was a multiplayer live-service game cut from the same cloth as Crystal Dynamics’ Marvel’s Avengers, but I’m thankful it’s not. But that said, despite being a single-player game, so many aspects of GotG make it feel like you’re actually part of a balanced team. 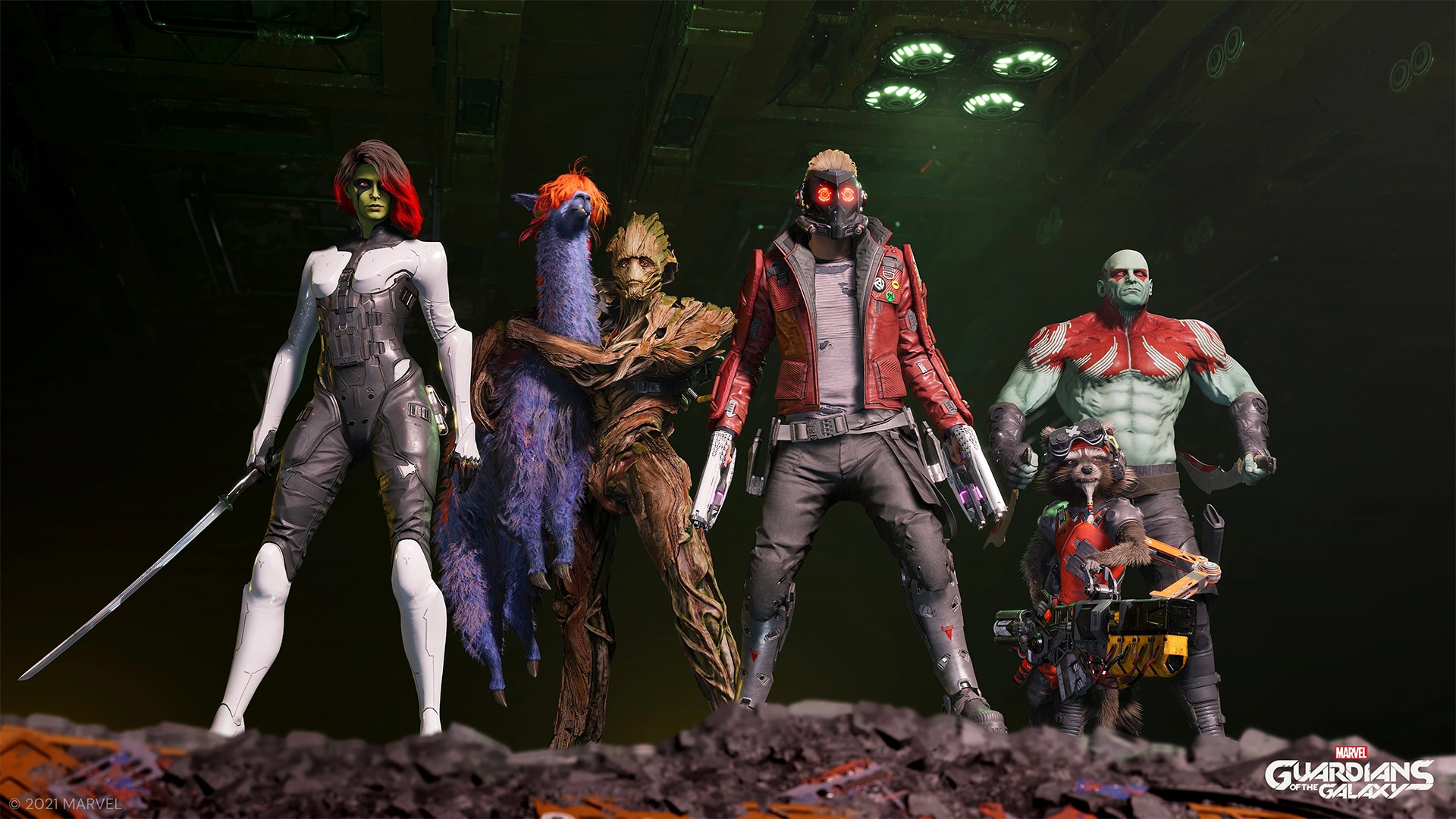 From group combat combos, to how each character plays a role in solving environmental puzzles, to the constant smart banter, to the ways other characters react to you exploring side areas —  I legitimately laughed out loud at one moment when we hit a fork in the road, and Rocket spoke up and said we should take the left-hand path. I went right, only to find a dead end. Rocket chastised me for not listening to him and called my trek back to the fork a walk of shame. In this sense Guardians has a sense of camaraderie similar to that seen in some of my favorite classic JRPG parties.

And finally, the icing on the cake here with Marvel’s Guardians of the Galaxy is that there are absolutely no microtransactions, season passes, or DLC in sight. Unlike other recent big games like Tales of Arise and Far Cry 6 that constantly inundate the player with sales pitches and upsells, Guardians is a completely singular package, with Eidos-Montreal going on record as having no plans for additional paid content down the line. It’s strange to be celebrating what should be standard practice in most non-live service games in 2021, but here we are nonetheless.

Marvel’s Guardians of the Galaxy doesn’t reinvent the wheel, but that’s kind of the point. It knows exactly what kind of game it is and proudly leans into that cinematic, single-player adventure mold at every turn. At the end of the day, the games that kept coming to mind as I was making my way through Guardians of the Galaxy were the early Uncharted and Gears of War campaigns, and I mean that in the best way. In an age where it feels like so many games strive to become the one and only one game that folks play, it’s nice to see something come along that provides a long weekend of great entertainment, then gets out of your hair and lets you move on with your life.