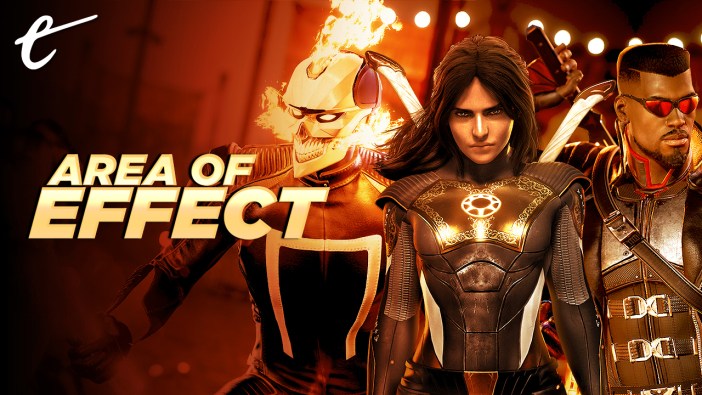 Marvel’s Midnight Suns isn’t about saving the world; it’s all about the friends you make along the way. Sure, Doctor Strange might disagree, but I’ve been so absorbed by this superhero strategy game’s friendship system that the endgame — crushing Hydra and shoving Lilith back in her box — has taken a back seat. In fact, the friendship aspects Firaxis has introduced in Marvel’s Midnight Suns are so charming that it feels like the developers should tackle Squirrel Girl next — but we’ll get back to that in a minute.

Like in Mass Effect and so forth, you can chill out between missions and interact with your squad mates in Midnight Suns. Unlike in Mass Effect, there’s no romance, so you’re not trying to get into anyone’s spandex pants. So, in theory you’re just chatting away, with no agenda. I say “in theory” because you can actually unlock new abilities by boosting your friendship levels with each superhero. But from your protagonist’s perspective, they’re being completely genuine (quips included). And that, in turn, helps make friendship an absolute delight.

It also helps that you’re the outsider of the group in Marvel’s Midnight Suns. I was a little disappointed to discover that Doctor Strange and the Caretaker were the ones to resurrect the Hunter. I had hoped I’d get to punch my way out of my tomb, march into Avengers Tower, and slam my fist on the table. Yet being a stranger — more or less — still gives you the excuse to ask some earnest but occasionally blunt questions.

So, when it was hinted that Blade, a character who’s known for being ridiculously stoic, had a crush on Captain Marvel, you can bet I was going to follow that up. The dialogue options stop short of chanting, “Marvel and Blade sitting in a tree, K.I.S.S.I.N.G,” but that conversation left me grinning. As did mocking Tony Stark, who it turns out isn’t the biggest fan of magic. 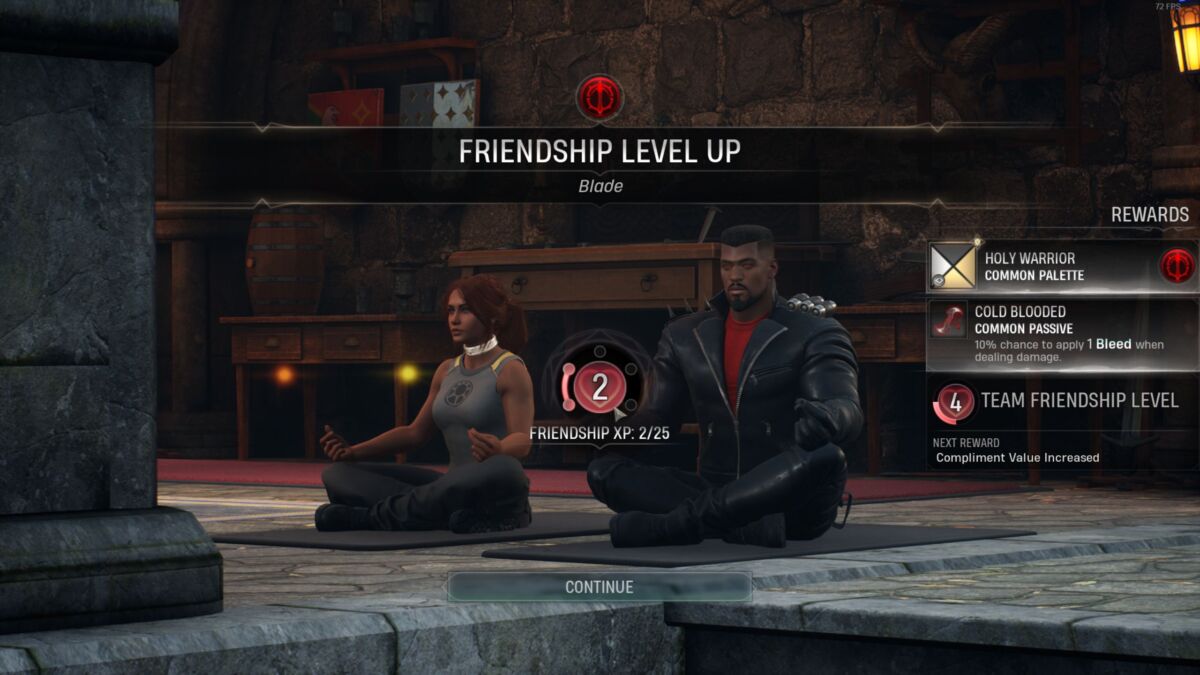 But as fun as that is, there’s so much more to friendship than just mocking characters. A lot of the interactions are genuinely heartening in Marvel’s Midnight Suns, and some teach you as much about the Hunter as they do the character you’re talking to.

There’s a line where Captain Marvel promises to take them on a ski trip when Lilith has been contained. It’s a small moment, but it fulfills a dual purpose. Firstly, it illustrates Captain Marvel has real heart. And secondly, it underlines that, treated as some kind of living weapon, the Hunter has had no real life of her own.

Yes, you’re chatting with people who could punch their way out of a bank vault, but thanks to some sharp, meaningful scripts, the conversation feels entirely natural. So, too, do the characters and the insights you uncover — more so, in fact, than your average Marvel Cinematic Universe movie. So, naturally, Firaxis needs to get working on a Squirrel Girl game.

Okay, that might seem like a bit of a jump, but the more I delved into Marvel’s Midnight Suns’ friendships, the more I had this odd sense of familiarity, and not just because I’ve read an awful lot of Marvel comics. Suddenly, it hit me — I was being the Unbeatable Squirrel Girl. 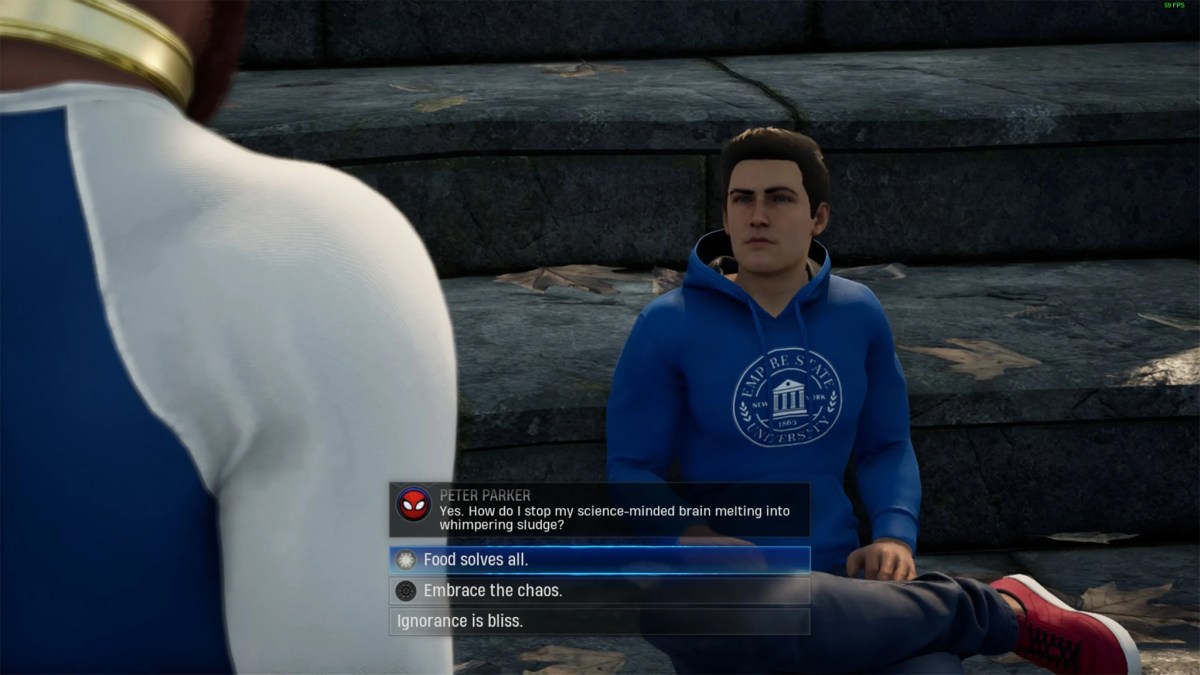 If you’ve not read The Unbeatable Squirrel Girl comic run by Ryan North and Erica Henderson, you’ve missed out on a treat. It has Squirrel Girl — a character who started almost as a joke — living her life, making friends, and taking on villains. Those last two activities are sometimes interchangeable, as on several occasions she ends up making friends with the villains.

It’s not just that she shows them kindness, either as she points out the absurdities of their vendettas or negotiates a reasonable solution to their problems. During her run she makes friends with Galactus, Mole Man, and even Kraven the Hunter. Kraven in fact becomes a recurring guest character, thanks to Squirrel Girl’s influence.

Yes, it sounds ridiculous, and it is, a little bit — but Squirrel Girl’s willingness to talk honestly gives villains the chance to get off the Marvel Hamster Wheel of Villainy. And while Marvel’s Midnight Suns hasn’t let me talk any bad guys down, it’s got the voice-of-reason versus dyed-in-the-wool superhero down.

So then, why not let Firaxis take that friendship system and make it the bulk of a The Unbeatable Squirrel Girl game? Given that Squirrel Girl has definitely, absolutely beaten Thanos and Doctor Doom, (Not everyone is open to dialog.) no one would stand a chance in actual combat. 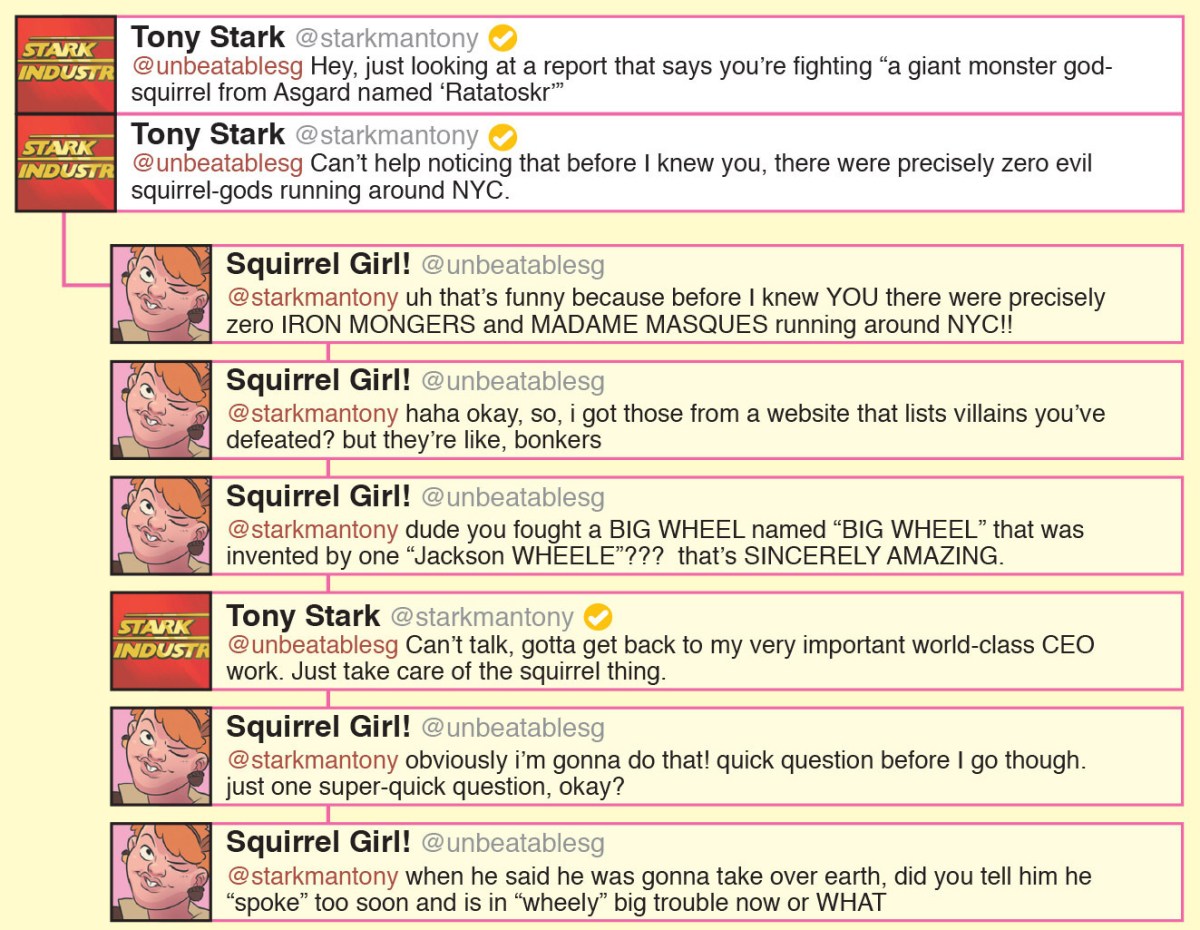 Instead, with the player as Doreen “Squirrel Girl” Green, Firaxis could let them talk to her “foes.” As one would-be Squirrel Girl enemy put it, “Nobody like you has ever listened to me before.” Getting into a fight would, except for a few select circumstances, be considered for failure. Yes, this is sounding a little like Undertale, and I’m absolutely fine with that.

That’s not to say these conversations have to take place in person, though. The Hunter may not know how to tweet, but Squirrel Girl definitely does. Her posts, featured at the beginning of every issue, were a delight, whether she was mocking the Secret Empire crossover or making up a song about Tony Stark. Now imagine being able to mock old Iron-Breeches interactively.