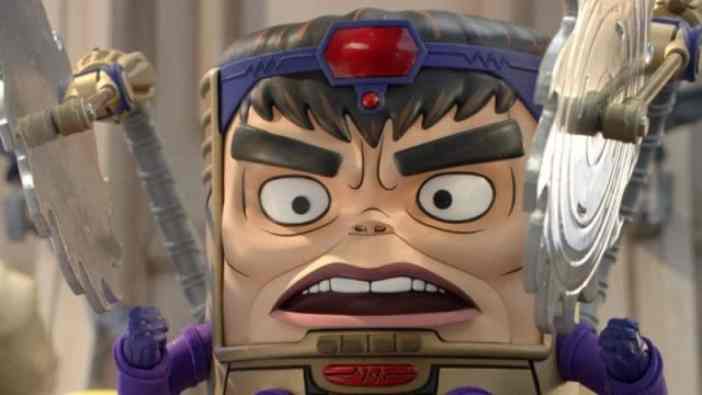 Will Marvel Television ever truly die? Every time we think we’ve seen the last vestige of the odd splitting of Marvel’s TV and film production, one more piece creeps up. This time it’s Marvel’s M.O.D.O.K., the animated series starring Patton Oswalt as the title character and coming to Hulu on May 21. Alongside dropping the release date, Hulu showed off a new trailer that not only clearly demonstrates that this is a comedy series, but also explains exactly what M.O.D.O.K. stands for.

The series is obviously not tied to the Marvel Cinematic Universe itself in any meaningful way and focuses on M.O.D.O.K., a truly threatening villain in the comics, as he runs his world domination company A.I.M. into the ground and deals with his crumbling marriage and family. The character’s look — a giant, floating head with limbs sticking out — is obviously ripe for humor, and Oswalt and Jordan Blum, who created the series, are clearly leaning hard into it. With the team behind Robot Chicken animating the series, it gets even more ridiculous-looking. It’s also, as the bloody trailer shows, not meant for kids.

This isn’t actually the last, last vestige of Marvel Television either, which merged into Marvel Studios when Kevin Feige finally consolidated power. There’s one more animated show that survived the culling and is set to land before Marvel Studios can finally put any thoughts of Marvel Television out of its mind. Hit-Monkey is said to still be hitting the platform sometime this year. Just how long either of these series will run is unclear, but if Marvel/Disney put as much effort into promoting these shows as they did Helstrom, then it won’t be very long at all.